Gowdy: Leaking name of 'unmasked' Michael Flynn is a felony

Former U.S. ambassador to the United Nations Samantha Power sought to obtain Michael Flynn's redacted identity using an "unmasking" request on at least seven occasions, according to newly declassified list of names released Wednesday -- even though Power testified under oath before the House Intelligence Committee that she had “no recollection” of ever making such a request even once.

While sensitive requests to “unmask” individuals -- revealing their identity on a need-to-know basis after the intelligence community intercepts their communications -- are not necessarily improper, the records raised new concerns over exactly who might have leaked details of the Flynn investigation to The Washington Post in January 2017.

That leak apparently was illegal, given national security laws and the classified nature of the Flynn probe. In early January 2017, President Obama loosened rules governing the sharing of intelligence information within the federal government -- which Trump attorney Jay Sekulow said was intended to "pave the way for a shadow government to leak classified information" more easily.

And, the breadth of unmasking requests relating to Flynn was striking enough to prompt questioning in congressional hearings. According to the documents, Power may have received Flynn’s identity after an unmasking request on Nov. 30, 2016; Dec. 2, 2016; Dec. 7, 2016; Dec. 14, 2016 (two unmasking requests); Dec. 23, 2016, and Jan. 11, 2017. The list does not make clear whether Power, or other named officials, actually received the identity they sought to unmask.

“The number of unmasking requests by yourself began to go up dramatically in 2014,” House Intelligence Committee Chairman Adam Schiff, D-Calif., told Power, as noted by The Federalist's Sean Davis.

According to transcripts of her testimony released last week, Power claimed: “Any time a U.S. person or entity's name came to me disclosed or annotated, or where I requested it and it came back, I never discussed it with another member of the human race. ... I have no recollection of making a request related to General Flynn.”

At the same time, Power acknowledged she had a “significant appetite for intelligence.” Schiff released the transcripts under pressure from Republicans after the intelligence community declassified them.

Former U.S. Ambassador to the United Nations Samantha Power claimed she had “no recollection” of ever making a request to “unmask” Flynn. (Reuters, Fils)

Fox News reported in 2017 that Power was “unmasking” at such a rapid pace in the final months of the Obama administration that she averaged more than one request for every working day in 2016 – and even sought information in the days leading up to President Trump’s inauguration, according to multiple sources close to the matter.

Then-House Oversight & Government Reform Committee Chairman Trey Gowdy, R-S.C., said Power had testified that she had not personally directed all of the unmasking requests that appeared in her name.

Power did not respond to Fox News’ request for comment. The Biden campaign and former senior Obama administration intelligence officials have characterized the unmasking as routine.

Biden himself, speaking to ABC’s “Good Morning America," first claimed, "I know nothing about those moves to investigate Michael Flynn." Pressed on the matter, Biden eventually acknowledged, “No, I thought you asked me whether or not I had anything to do with him being prosecuted. I’m sorry. ... I was aware that there was—that they asked for an investigation, but that’s all I know about it, and I don’t think anything else ...”

The unmasking records also revealed that then-President Obama’s Chief of Staff Denis McDonough made an unmasking request that revealed Flynn’s identity on Jan. 5, 2017; and on Jan. 12, 2017, then-Vice President Joe Biden made one request.

It was not clear precisely what intelligence on Flynn was intercepted that led to the unmasking requests in December and January. Flynn was the target of a Foreign Agents Registration Act (FARA) probe concerning his consulting work involving Turkey in 2016, well before he spoke with Russia's ambassador in late 2016.

The McDonough request for information on Flynn, however, came on the same day as an Oval Office meeting in which Obama made clear he was aware of the details of Flynn’s intercepted December 2016 phone calls with Russia’s then-Ambassador Sergey Kislyak, apparently surprising then-Deputy Attorney General Sally Yates.

That revelation was contained in documents released last week as exhibits to the government’s motion to dismiss the Flynn case.

Obama’s unexpectedly intimate knowledge of the details of Flynn's calls, which the FBI acknowledged at the time were not criminal or even improper, raised eyebrows because of his own history with Flynn -- and because top FBI officials secretly discussed whether their goal was to “get [Flynn] fired” when they interviewed him in the White House on Jan. 24, 2017. 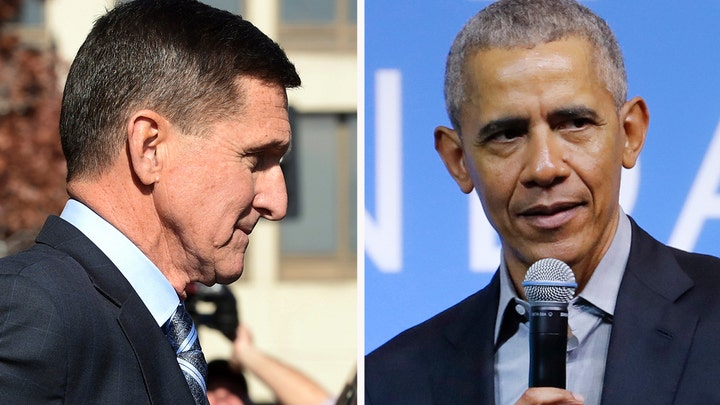 Obama personally had warned the Trump administration against hiring Flynn, and made clear he was “not a fan,” according to multiple officials. Obama had fired Flynn as head of the Defense Intelligence Agency in 2014; Obama cited insubordination, while Flynn asserted he was pushed out for his aggressive stance on combating Islamic extremism.

Just days later, on Jan. 12, 2017, Washington Post columnist David Ignatius reported that Flynn had phoned Kislyak “several times on Dec. 29, the day the Obama administration announced the expulsion of 35 Russian officials as well as other measures in retaliation for the hacking.” Ignatius asked whether Flynn violated the “spirit” of the Logan Act -- an obscure statute that has never been used successfully in a criminal prosecution.

Enacted in 1799 in an era before telephones, the Logan Act was intended to prevent individuals from falsely claiming to represent the United States government abroad. In its motion to dismiss Flynn’s case on Thursday, the DOJ claimed it was improper for the FBI to have contemplated charging an incoming national security adviser with breaking the law, much less premise a counterintelligence interview on the idea, especially because the bureau had admitted publicly to reviewing Flynn’s calls and finding no “illicit” activity. 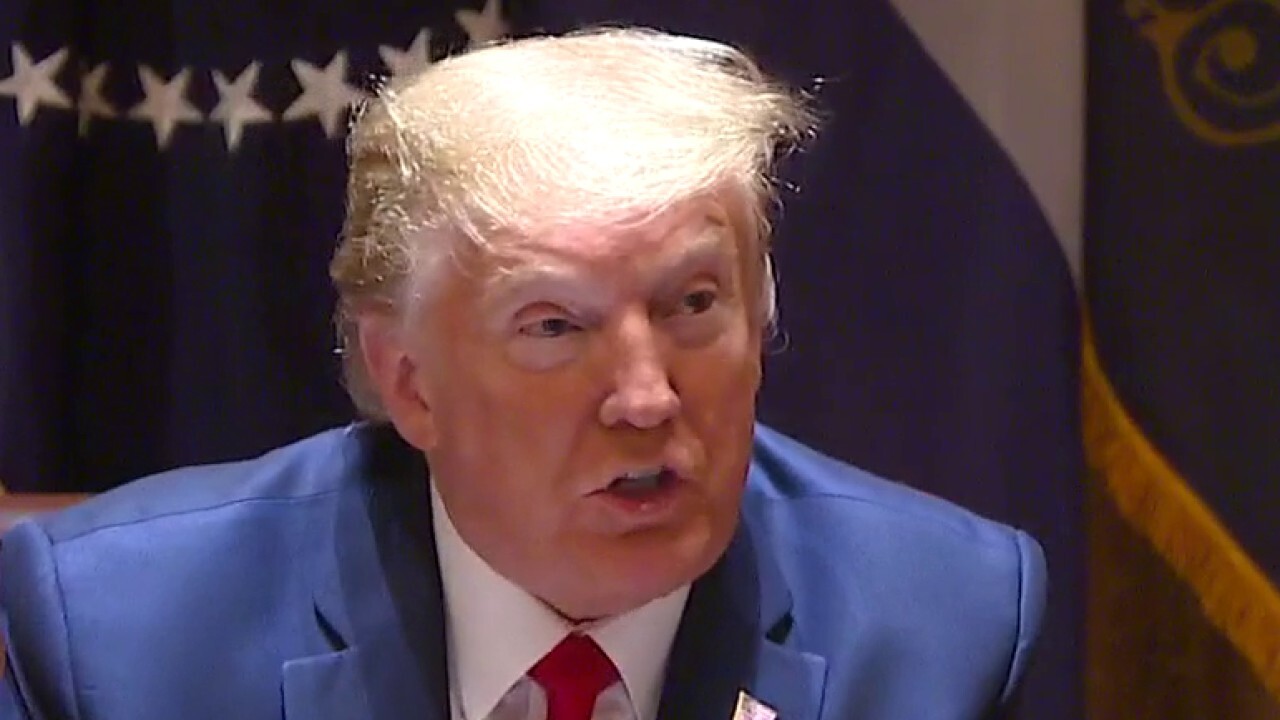 But, a transcript unearthed last Sunday indicated that The Washington Post’s newsroom was deeply divided over whether it was even worth reporting that Flynn was speaking to Kislyak in December 2016 -- before the Post published details in a column from Ignatius, who “was able to just throw this piece of red meat out there.”

Washington Post reporter Adam Entous stated at a 2018 Georgetown Law panel discussion that “sources start[ed] whispering to me that there were all these mysterious communications between Michael Flynn, who was then the National Security Advisor designate for Trump and the Russian ambassador, Kislyak.”

According to Entous, this information caused “divisions within the newsroom.”

The transcript of Entous’ remarks at Georgetown was first spotted Sunday by Twitter user Techno_Fog, who has uncovered extensive details on the Trump-Russia investigation.