The solar industry seemed to be looking at a bright future in 2016 as Congress renewed an endangered tax break for another five years. Yet, in a troubling sign for a business continuously infused with such government benefits, America’s largest solar contractor may be facing its worst year on record.

“This is what happens when you have a government that artificially props up a sector with subsidies so it can generate more production than they otherwise would,” said energy analyst Nick Loris, a research fellow with the conservative Heritage Foundation.

The company’s decision to slash 550 jobs in Nevada was announced in a Jan. 6 press release. The company pointedly blamed the Nevada Public Utilities Commission after it cut the rate at which customers could resell energy back to the grid – warning this would “punish existing customers” and cause all solar companies to “lay off thousands of additional Nevadans.”

The reaction to the rate change, for critics, underscored how fragile the industry is.

Loris said companies like SolarCity simply depend on these policies. "When taken away, it adversely affects their bottom line and ability to compete with conventional sources,” he said.

The company’s stock was trading Thursday around the $34 range, a slight uptick after a near-continuous slide since Dec. 17, when it closed at $57.26. Its heyday was Feb. 27, 2014, when shareholders gleefully saw the ticker reach $86. Analysts are now split over recommendations on whether to sell or buy, amid a time of extreme volatility in the markets as a whole.

SolarCity has a business model that relies on investors and government tax breaks and grants. Since its 2006 inception, taxpayers have paid $1 billion in subsidies. The company has never made a profit.

But SolarCity maintains it plans to have positive cash flow by the end of the year, according to a shareholder letter dated Oct. 29, 2015.

“SolarCity currently provides more solar energy systems to Americans than its next several dozen competitors combined. We fully expect that in the coming years we will deliver more solar electricity to customers than any other provider in the world,” CEO Lyndon Rive wrote.

The company has expanded into Mexico and will start churning out panels in 2017 when a plant in Buffalo, N.Y., comes on line. It would be the largest solar production facility in the Western Hemisphere, with the goal of outpacing its Chinese rivals on efficiency and cost.

Sales have outpaced installations with thousands of new customers every week, at a 75 percent increase year after year, the company says.

But all this, according to the letter, coincided with a $10 million debt increase from 2014.

Despite its troubles, SolarCity may be positioning itself as a champion of sorts for the industry by taking on Nevada officials over so-called “net metering” regulations – the sale of solar energy back to the grid.

This issue is what prompted the layoffs. SolarCity says it will aggressively fight the Dec. 23 ruling by the state Public Utilities Commission that increased service charges from $12.75 to $17.90 a month and decreased the reimbursement rate from 11 cents per kilowatt hour to 9 cents -- eventually reaching 2 cents in 2020. The commission claims the changes are necessary so solar customers pay their fair share to the grid.

But SolarCity released a letter Tuesday directed toward Gov. Brian Sandoval, saying average homeowners will now be paying an additional $11,000 in solar costs over the next 20 years.

“What happened in Nevada was a massive bait and switch on solar employees and customers by Gov. Sandoval and his appointed commissioners, to lure customers into going solar and then dramatically increase the cost later,” SolarCity spokesman Jonathan Bass counters, claiming a Nevada utility will benefit by buying the cheap solar energy and selling it at a mark-up.

“Nevadans are furious about the decision and we will continue to fight it,” he said.

This, not three years after SolarCity moved its California sales force to Nevada in 2013 with great fanfare after receiving a $1.2 million grant from the state.

But SolarCity is just the latest solar company to leave Nevada as costs made solar systems an unaffordable option to homeowners and businesses. And over the past few years, net metering has become a hot topic in other states such as Hawaii, Florida and Arizona, with Hawaii recently shutting down the program to new customers.

Like SolarCity, Sunnova also fled Nevada. The nation’s fourth-largest solar retailer is unlike its competitors because it hires “mom and pop” installation companies rather than utilize in-house workers.

Ironically, Sunnova, a private company, argued on Capitol Hill against maintaining the solar Investment Tax Credit that was supposed to expire at the end of 2016.

“We think we can continue to thrive and be successful without it,” said Jordan Fruge, Sunnova’s chief marketing officer. “We felt like industry was ready to make that step and make solar more affordable on its own.”

“When you subsidize something as much as solar gets, it doesn’t seem like it’s sustainable in the long run,” he said. “It creates a temporary handout to a few companies, pulling resources from other places in the economy.” 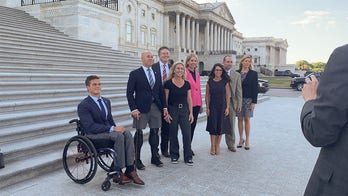