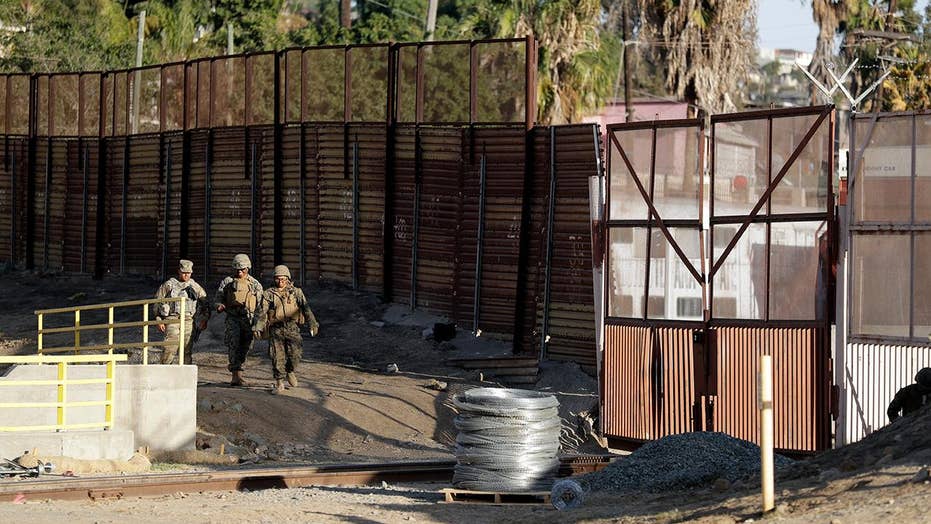 Thousands of troops are being sent to support border protection operations; Kevin Corke reports from the White House.

Arizona GOP Sen. Jeff Flake on Wednesday criticized President Trump’s decision to send military troops to the nation’s southern border in the wake of an approaching caravan of Central American migrants, labeling the maneuver a sham.

Flake, who appeared as a guest on MSNBC’s “Morning Joe” alongside Sen. Chris Coons, D-Del., was asked by host Mika Brzesinski how they would each respond to a deployed soldier if asked, “Why am I here and is this mission a sham?”

“I think it’s unfortunate that we have the soldiers there,” Flake replied, adding that troops in Arizona were “stationed in Tucson, about 90 miles from the border.”

“So they’re not forward deployed actually on the border,” he continued. “So I think you can’t call it anything but a stunt here. And it’s unfortunate that they’re going to be away from family during the holidays coming up, and we just don’t know what really for.”

The caravan situation could’ve instead been controlled by the Border Patrol, Flake said.

“We don’t know where the caravan, if it makes it north, is going to come. I think it could be handled by civilians that we have there in terms of Border Patrol and others,” Flake said. “So I don’t know what I could tell them other than we shouldn’t be doing this, and this wasn’t an issue that Congress was involved in. It was an executive decision.”

Mattis heads to Texas to visit troops deployed to border

Defense secretary meeting with troops at the U.S.-Mexico border to discuss their response to the migrant caravan; Texas Attorney General Ken Paxton speaks out on the visit.

A “breakaway group” of several hundred migrants from the main caravan arrived in Tijuana on Wednesday, officials from the Department of Homeland Security told Fox News. And waiting on the American side of the border are thousands of U.S. troops and border enforcement authorities.

Defense Secretary Jim Mattis, who arrived in Texas Wednesday and visited with troops at the border, called the deployment legal and justified, and said it was necessary to make sure the U.S. border with Mexico was properly secure.

Mattis has previously defended the deployment against the suggestion of it being a political stunt, saying: “We don’t do stunts in this department.”

Coons, meantime, said he believed “the border guard is fully capable of handling” the caravan, adding that he regrets the president is using troops “as a political stunt.”