'The Five' react to 'staggering' amount of fentanyl coming across border

More drugs have been seized in last seven months than prior year; 'The Five' react

Apprehensions of fentanyl at the border in May were nearly 300% higher than last year, another indicator of the continued crisis at the southern border.

Customs and Border Protection (CBP) statistics show that 951 pounds of the deadly drug – which can be fatal in tiny amounts – were seized at the southern border in May. That is the highest amount seized since December 2020, and a slight increase over April, when 886 pounds were seized.

However, it is another month that is significantly higher than the amount seized compared to the same time last year. In May 2020, just 240 pounds of the drug were seized.

There have now been 7,450 pounds of fentanyl apprehended during Fiscal Year (FY) 2021, with four months still to go, dwarfing the 4,776 pounds apprehended in the entirety of FY 2020. 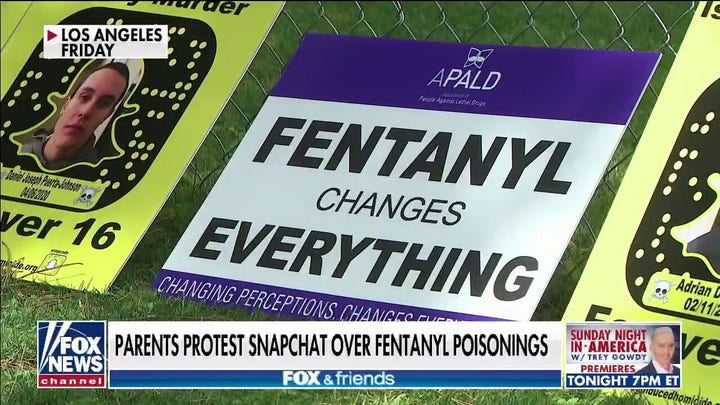 Fentanyl, an opioid for pain treatment, is between 50 and 100 times more potent than morphine. More than 36,000 people died from overdoses involving synthetic opioids like fentanyl in 2019, according to the CDC.

The Biden administration has been facing a continuing crisis at the southern border, with more than 180,000 migrant encounters in May alone. But officials and governors have warned that, with increased cartel activity, there is also a crisis of drugs coming into the U.S.

Earlier this month, CBP issued a press release describing a "busy week" seizing fugitives and drugs in El Paso. Officers seized more than 190 pounds of methamphetamine, 29 pounds of cocaine, 23 pounds of fentanyl, 42 pounds of marijuana in one week.

On Wednesday, Texas Gov. Greg Abbott said that in the first four months of the year, the Texas Department of Public Safety saw an 800% increase in the amount of fentanyl apprehended across the border.

He warned that that was enough fentanyl to kill more than 21 million Americans.