The director of the Federal Emergency Management Agency on Sunday treaded carefully into the conversation over President Trump’s controversial comments on the death toll in Puerto Rico from last fall’s Hurricane Maria.

Speaking to Chris Wallace on “Fox News Sunday,” FEMA chief Brock Long said that the agency itself does not conduct a count of how many people die because of the storm, but added that it’s hard to make an accurate judgment of how many people were actually killed by Maria.

“I think the president is fully supportive and supportive of FEMA and he realizes the mission that we went in to help support was incredibly complex,” Long said. “There is a difference between direct deaths and indirect deaths.”

President Trump was heavily criticized last week for making a baseless assertion that massive deaths on Puerto Rico did not happen.

While it is difficult to pin down a precise number, independent researchers at George Washington University estimated 2,975 excess deaths related to Hurricane Maria in the six months following the hurricane, which hit last September. Puerto Rico Gov. Ricardo Rossello commissioned the study and accepted the death toll as the best available. Rossello rejected the findings of a different study that estimated more than 4,000 died, saying he found the GWU research with its lower number to be scientifically sound.

The study found that 22 percent more people died than would have been expected during that period in a year without the storm. Its central finding has been roughly corroborated by other, similar studies. A second phase will examine the circumstances of specific deaths to arrive at a more precise number.

Trump's claim that the death toll was no more than 18 when he visited Puerto Rico, nearly two weeks after the storm, ignores the fact that the U.S. territory's official death toll was raised to 34 later that day, Oct. 3. After that, it climbed to 64. With services devastated, most power out, many people desperate for food and water and roads impassable, it was impossible to know how many died directly from Maria or from floodwaters or deprivation in its immediate aftermath. 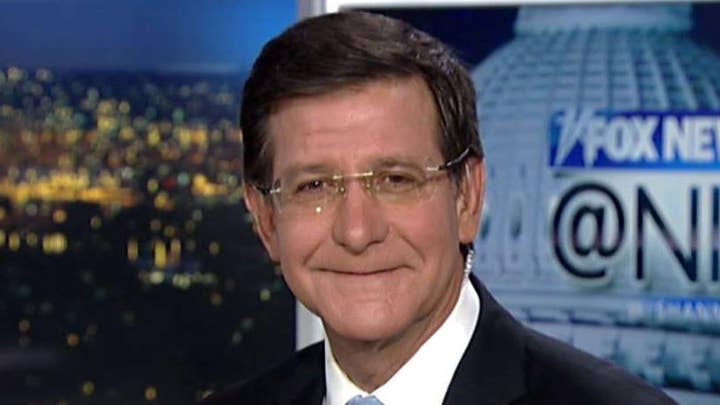 "3000 people did not die in the two hurricanes that hit Puerto Rico. When I left the Island, AFTER the storm had hit, they had anywhere from 6 to 18 deaths. As time went by it did not go up by much. Then, a long time later, they started to report really large numbers, like 3000...." Trump tweeted earlier in the week.

Concerning direct and indirect deaths, FEMA’s Long said that Puerto Rico’s outdated power grid and other flagging resources contributed to the high death toll and that that situation needs to be addressed to prevent another disaster.

“Puerto Rico had one of the oldest power grids on the globe,” he said. “That escalates problems in the future and that’s what we are trying to focus on and we have the full support of the president.”