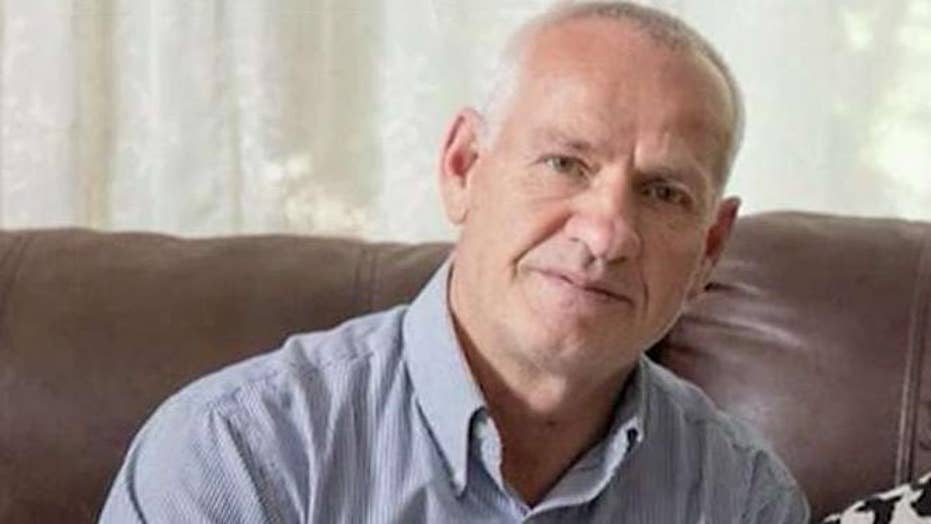 64-year-old man has his life savings confiscated by U.S. Customs without being charged with a crime; the man's son speaks out about the experience on 'The Story.'

His American dream was helping his family in Albania.

It ended when he walked through security at Cleveland Hopkins International Airport.

A U.S. citizen for more than a decade, Rustem Kazazi was flying back to Europe to help his Albanian family repair their home and maybe even to buy a little beach house somewhere along the Adriatic Sea. He placed $58,100 into three clearly marked envelopes, then packed the money away in his carry-on luggage.

It was 13 years of his life savings – and the federal government took every penny.

TSA employees discovered the cash, and agents with U.S. Customs and Border Protection seized it. But first they strip-searched Kazazi and interrogated the 64-year-old without a translator as he covered himself with a towel.

That was in October. Kazazi still hasn’t been convicted (or charged) of any crime, and CBP didn’t offer any explanation for a month. But thanks to a law enforcement procedure called civil asset forfeiture, CBP also hasn’t given Kazazi his savings back. The federal government then came up with an explanation: they suspected he was “involved in a smuggling/drug trafficking/money laundering operation.”

The large sum wasn’t for anything nefarious, explained Kazazi, a former Albanian police office. “The crime in Albania is much worse than it is here,” he told the Washington Post. “Other people that have made large withdrawals [from Albanian banks] have had people intercept them and take their money.” Plus, hard U.S. currency is worth more.

And because traveling with that kind of cash isn’t a crime, the Kazazi family has filed suit against the federal government.