A group of family members of murder victims in California, along with a number of district attorneys from across the state, gathered in Sacramento on Thursday to denounce Gov. Gavin Newsom's recent moratorium on the death penalty.

At a press conference led by Orange County District Attorney Todd Spitzer, the family members and district attorneys slammed Newsom’s move to put a moratorium on the executions of the 737 inmates currently incarcerated in the Western Hemisphere’s largest death row and called on the California governor to rescind his executive order.

Spitzer also criticized Newsom for travelling to El Salvador this week instead of meeting with murder victims’ families. Newsom is in the Central American nation in an attempt to counter the Trump administration’s harsh immigration stance and recent moves to cut millions of dollars in U.S. aid to the country.

“The governor decided to spend the week out of state, out of country, to meet with people he thinks are victims, when he could have met with victims in his own state,” he said.

The press conference comes a day after prosecutors in the state announced they will seek the death penalty if they convict the man suspected of being the notorious "Golden State Killer," who eluded capture for decades. 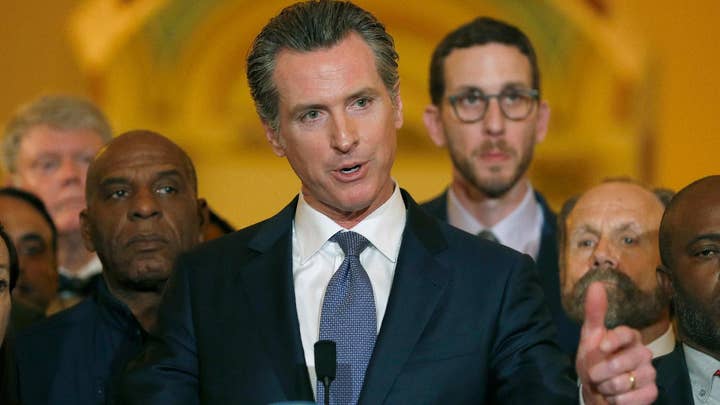 Prosecutors from four counties, including Orange County, announced their decision on Wednesday during a short court hearing for Joseph DeAngelo. He was arrested a year ago based on DNA evidence linking him to at least 13 murders and more than 50 rapes across California in the 1970s and '80s.

Ron Harrington, whose brother Keith Harrington’s murder is one of those linked to the alleged Golden State Killer, castigated Newsom’s decision. Keith Harrington, along with his wife, Patti, were found bludgeoned to death in August of 1980 inside their home in a gated community just outside Dana Point, Calif.

Harrington added: “Gov. Newsom, please explain to the Golden State Killer’s victims how they should be lenient and compassionate.”

Steve Herr – whose son, Sam Herr, was murdered and then dismembered by Daniel Wozniak in May 2010 inside an apartment in Costa Mesa, Calif. – also criticized Newsom. 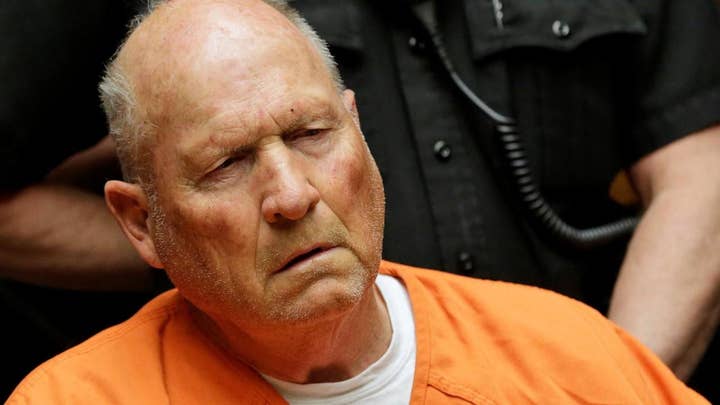 Wozniak, who was sentenced to capital punishment in 2016, killed Herr and his college friend and tutor, Julie Kibuishi, as part of a plan to steal money Herr had saved from his military service in Afghanistan so that he could pay for his upcoming wedding and honeymoon.

Wozniak then staged the crime scene to make it appear as though Kibuishi had been sexually assaulted by Herr and that Herr had gone on the run.

The convicted murderer also dismembered both victims by cutting off the hands of both and removing Herr’s head.

CALIFORNIA GOES TAX WILD, EYES LEVIES ON EVERYTHING FROM WATER TO TIRES

Newsom’s moratorium, which he signed last month, is seen as largely a symbolic move as California has not executed an inmate since 2006 amid legal challenges, but it still marked a major victory for opponents of capital punishment given the state’s size and its national political influence.

“I’ve gotten a sense over many, many years of the disparity in our criminal justice system,” Newsom said during a press conference on Wednesday. “We can make a more enlightened choice.” 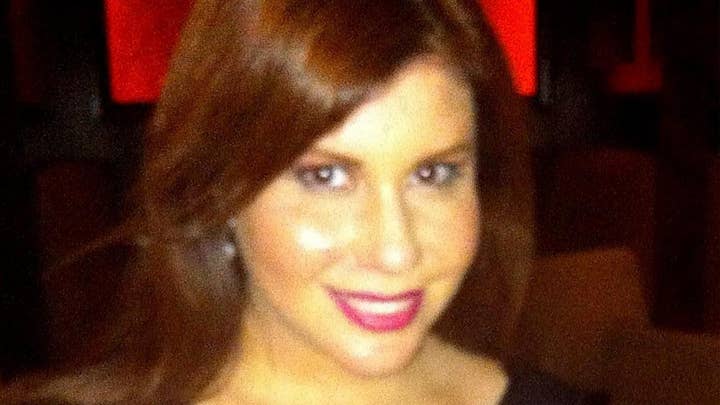 Newsom also ordered in March that the equipment used in executions at San Quentin State Prison – the facility where capital punishment was carried out for men in California – be shut down and removed.

“We cannot advance the death penalty in an effort to soften the blow of what happens to these victims,” Newsom said. “If someone kills, we do not kill. We’re better than that.”

Despite recent polling indicating that support for the death penalty is at its lowest level since the early 1970s, Newsom’s order still bucks the will of most California residents. California voters previously rejected an initiative to abolish capital punishment in the state and instead, in 2016, voted in favor of Proposition 66 to help speed up executions.

Newsom’s move to halt executions was panned last month by President Trump, who has been a harsh critic of Newsom's ever since the governor took office earlier this year.

“Defying voters, the Governor of California will halt all death penalty executions of 737 stone cold killers. Friends and families of the always forgotten VICTIMS are not thrilled, and neither am I!” Trump tweeted.

California has executed 13 inmates since the U.S. Supreme Court reinstated the death penalty in 1976 and the state has the most people on death row in the country. Since the 1970s, 79 death row inmates have died of natural causes in the state and 26 by suicide. The last execution held in California occurred in 2006 when 76-year-old Clarence Ray Allen, who was convicted of killing three people, was executed.

Since then a series of stays of execution issued by the Federal District Court in San Francisco have held up any executions in the state, but there are now 25 inmates on death row who have exhausted all their appeals. Newsom said that none of the inmates currently on death row will have their sentences commuted, but will possibly be transferred back into the state’s general prison population.

“I believe I’m doing the right thing,” he said. “I cannot sign off on executing hundreds and hundreds of human beings knowing that among them there will be innocent people.” 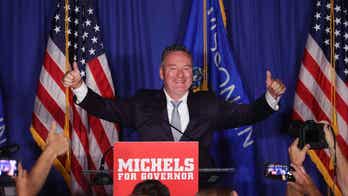 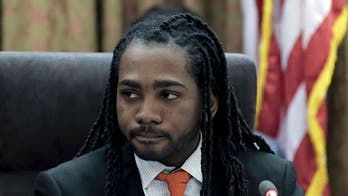