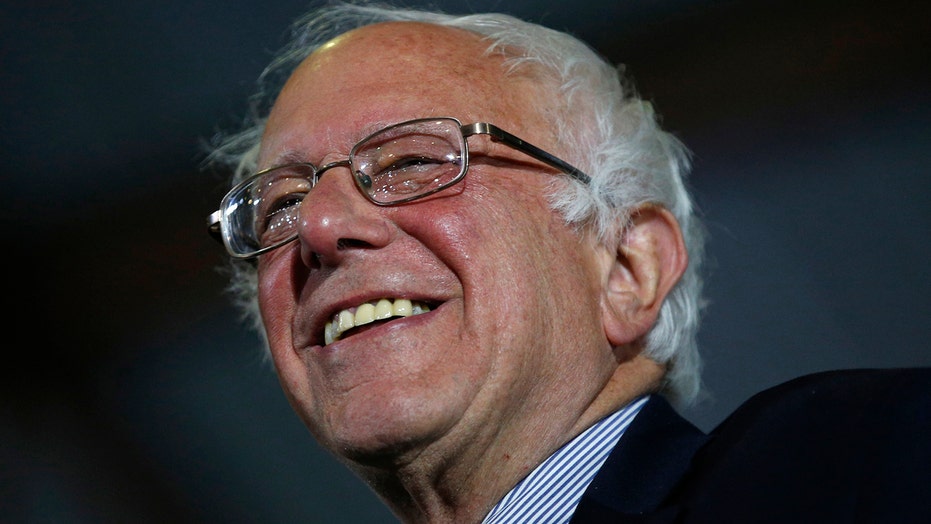 Sanders looking to use his popularity to change the party?

There is a “price” for everything, and everyone, on Capitol Hill.

There is a “price” for legislation. Not in the way a corrupt lobbyist might “buy off” a lawmaker. But there is a threshold that members of Congress, aides and interest groups are willing to accept in order to attain a particular outcome or policy goal.

Everyone tabulates the going rate for legislation and political advantage. Lawmakers realize they’ll have to expend capital to get their way. But they want to be as thrifty as possible.

The bargaining starts Thursday as Sen. Bernie Sanders, I-Vt., parachutes into Washington to meet with President Obama followed by a Capitol Hill conclave with Senate Minority Leader Harry Reid, D-Nev. There is significant pressure in Democratic ranks on Sanders to withdraw from the campaign now that Hillary Clinton has sewn up the nomination. But Sanders’ backers aren’t so sure.

What will the president and Sanders seek? Party unity. Democrats know they must forge unity between the Clinton and Sanders factions of the party. Otherwise, Clinton could encounter a tough time against Donald Trump.

That means Sanders holds some cards. Precisely what Sanders wants is unclear – but he could be in position to name his price.

Top Democratic lawmakers tried to portray everything in the best possible light Wednesday.

“I certainly believe Bernie Sanders will be working hard for Hillary Clinton,” proffered House Democratic Caucus Chairman Xavier Becerra, D-Calif. “Sanders will recognize his agenda will move forward when Hillary Clinton is out there campaigning for president of the United States.”

A price tag dangles off all of this, amid some speculation that Sanders may even seek the removal of Democratic Party boss Debbie Wasserman Schultz (though the chairwoman says she’s not worried).

On a separate front, the House on Thursday is expected to debate and vote on a bill to help Puerto Rico grapple with its staggering debt and forestall a July 1 default. House Speaker Paul Ryan, R-Wis., and House Minority Leader Nancy Pelosi, D-Calif., back the measure. But passage demands a special mixture of Democrats and Republicans.

People are watching to see if a majority of House Republicans ultimately support the package or if Democrats are required to lug most of the freight. However, Rep. Raul Grijalva, D-Ariz., notes there’s a price for Democrats.

“A lot of support on our side depends on what [amendments are] ruled in,” said Grijalva. The Arizona Democrat worried about “poison pill” amendments fundamentally changing the measure. That could cost Democratic votes.

Such was the case when Ryan vowed to return the House to “regular order.” The objective meant Ryan wouldn’t micromanage the outcome of legislation from the leadership suite and would allow lawmakers to write and amend legislation.

Republicans began recalibrating the cost when the House defeated a measure two weeks ago to fund energy and water programs.

The GOP leadership wants to block controversial amendments on spending bills. That would shield Republicans from having to take tough votes on controversial social issues like transgender restrooms, LGBT rights and flying the Confederate flag. Otherwise, the House may vote to defeat additional spending packages, like the energy and water plan.

Faced with the possibility of the House defeating spending bills, the GOP now intends to “structure” rules that govern the amendment process. As a result, the House may only entertain a set list of amendments which come to the floor.

This is a change for most spending bills. Many appropriations packages enjoy a free-wheeling amendment process where lawmakers can offer most anything. But Ryan’s decision has incensed some conservative members who believe the speaker may be reneging on his promise not to intercede.

Meantime, Ryan told rank-and-file members he tried to maintain an open amendment process. But the price meant the House might not approve appropriations packages. The speaker blamed poison pill amendments which could derail the bills.

Here’s what happened when the House sank the energy and water spending plan:

The House voted in favor of an amendment from Rep. Sean Patrick Maloney, D-N.Y., which would bar LGBT discrimination in federal contracting. Then the House rejected the overall bill 305-112. Ryan claims Democrats took the bill down as a scant six Democrats voted yes. But only 106 Republicans voted yea. Fox News is told Ryan believes structuring what amendments are in order would “weed out” poison pill amendments.

Democrats counter that Republicans shouldn’t be afraid of voting against LGBT discrimination.

Ryan argues Democrats should pay a price, too. If they so ardently support the Maloney amendment, they should vote for the overall bill as well.

Most everything in politics teeters on a ledger. Politicians must strike a balance between a reward or penalty. And it would be easier if lawmakers could somehow just make it all work out magically.

Rep. Pete Sessions, R-Texas, brings illusionist David Copperfield to the Capitol for a discussion about the congressman’s resolution to recognize “magic as a rare art form and national treasure.”

Perhaps Copperfield can exclaim “abracadabra” and solve all of these issues without anyone expending any political capital.