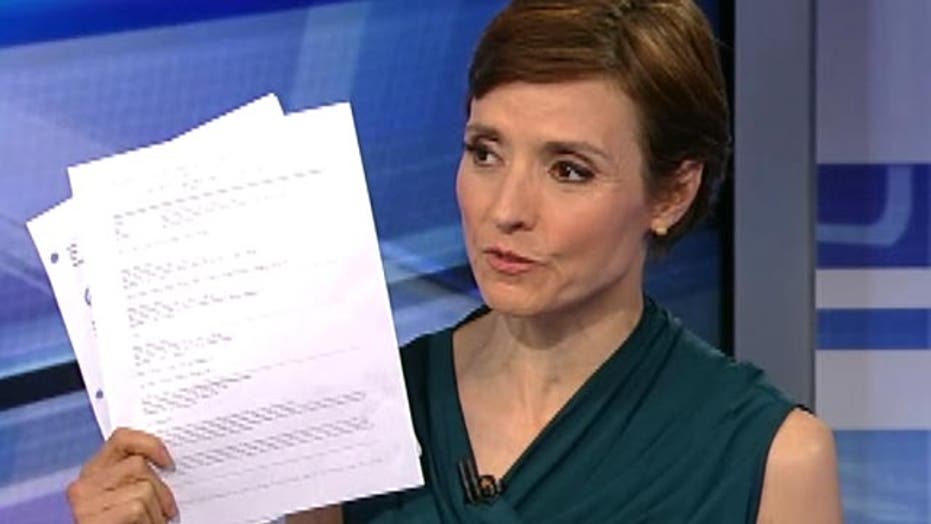 Emails obtained through a federal lawsuit show that two top aides to then-Secretary of State Hillary Clinton were running interference internally during the 2012 Benghazi terror attack.

The aides were Philippe Reines, widely described as Clinton’s principal gate-keeper, and Cheryl Mills, who has been at Clinton's side for decades.

The emails show that while receiving updates about the assault as it happened, Mills told then-State Department spokeswoman Victoria Nuland to stop answering reporter questions about the status of Ambassador Chris Stevens, who was missing and later found dead.

Also littered throughout the State Department emails, obtained by conservative watchdog group Judicial Watch, are references to a so-called Benghazi Group. A diplomatic source told Fox News that was code inside the department for the so-called Cheryl Mills task force, whose job was damage control.

The effort to stop Nuland from answering reporter questions also may have contributed to confusion over the nature of the attack. Clinton that night had put out the first statement wrongly linking the attack to a supposed protest sparked by an obscure, anti-Islam YouTube video – but that was never updated that night.

"Cheryl Mills was instrumental in making sure the big lie was put out there,"  Judicial Watch President Tom Fitton said.

Judicial Watch obtained the State Department emails through legal action. "What's notable thus far is we received no emails from or to [Hillary Clinton],” he said. “You have to wonder whether these aides went offline and were using secret accounts to communicate with her about Benghazi attack."

The emails emerged as Clinton fields criticism over revelations that she used personal email during her tenure as secretary. She is now asking the department to make public thousands of emails she has turned over.

On Friday, the State Department spokeswoman was pushed to explain how they will review the Clinton emails under the Freedom of Information Act, or FOIA, and what will be made public.

Harf also was questioned on a State Department unclassified cable, obtained exclusively by Fox News. The cable shows in 2011, Clinton's office told employees not to use personal email for government business, citing security reasons -- while she carried out government business exclusively on private accounts.

"This isn't her best practice guidance,” Harf said. “Her name is at the bottom of the cable, as is practiced for cables coming from Washington … some think she wrote it, which is not accurate."

Mills, meanwhile, is a focus of the select congressional committee investigating the Benghazi attacks. During congressional testimony, retired Adm. Mike Mullen, who helped lead the Accountability Review Board investigation into the attacks, confirmed under cross-examination that he personally warned Mills that a witness would be damaging to the department.

Critics say it is more evidence the Accountability Review Board, or ARB, was deeply flawed.