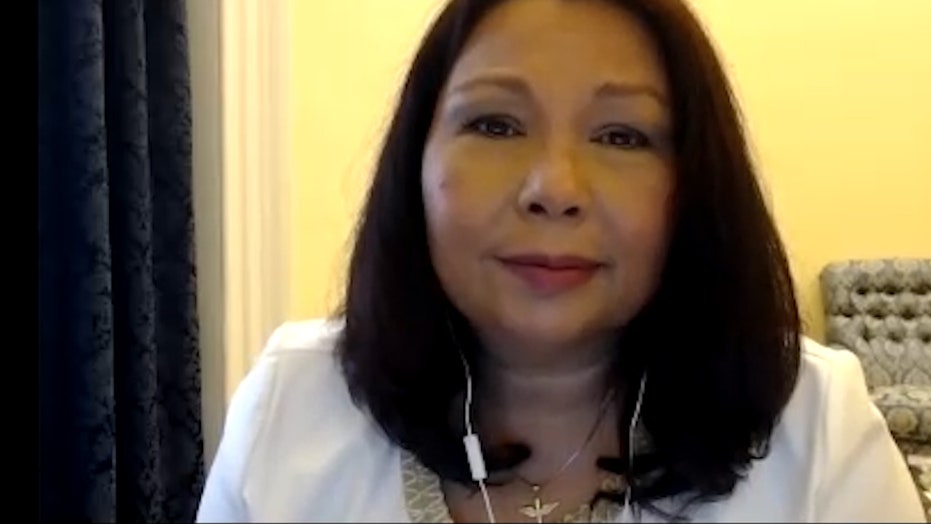 Duckworth spoke to Fox News about Trump's effort to stop violence and crime in Chicago.

Sen. Tammy Duckworth, D-Ill., said President Trump's effort to send federal law enforcement to Chicago is a "political stunt" and if the president were really serious about curbing violent crime in the Windy City he would back gun control legislation.

"It's a political stunt," Duckworth told Fox News Wednesday in an interview. "I mean, you look at what happened in Portland, you actually have federal officers -- we're not even sure from which agencies in total -- wearing military-style uniforms, driving around in unmarked vehicles, grabbing peaceful protesters off the streets and driving off with them in the middle of the night. That's not acceptable. You cannot come in and politicize government in a way that attacks Americans peacefully exercising their First Amendment rights."

TRUMP TO 'SURGE' FEDERAL AGENTS TO CHICAGO, OTHER CITIES AMID SPIKE IN VIOLENT CRIME

Trump has repeatedly targeted Chicago and its uptick in shootings and murders as an example of what's wrong in cities led by Democrats. Last week, Trump announced in a White House ceremony he would "surge" federal law enforcement officials to the city to tamp down the violent crime that has claimed the lives of many, including young children.

The mission of the Chicago deployment is to help identify, arrest and prosecute criminals responsible for the violent crime, whereas the deployment in Portland has been focused on protecting the federal courthouse from damage. Local officials in Oregon want the federal officers out and blame their aggressive policing tactics -- including the usage of tear gas on crowds -- for inciting violence.

Duckworth said what's really needed from the federal government is sensible gun control legislation that would prevent guns from getting in the wrong hands.

"If the president truly wants to address gun violence in Chicago, then he can call [Senate Majority Leader] Mitch McConnell today and ask for us to have a vote on some sensible gun control legislation like universal background checks, like ending high capacity magazines of 30 rounds or more," Duckworth said. "These things would pass. They are supported in a bipartisan way. And 90 percent of Americans support universal background checks [and] closing the loopholes. ... We can do better and we can do more." 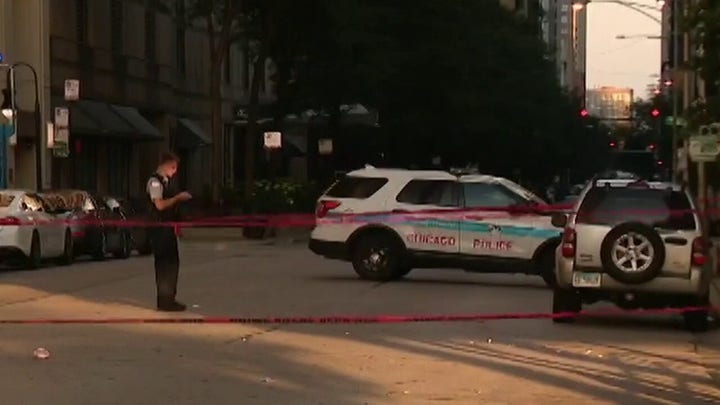 Chicago Mayor Lori Lightfoot, who has been critical of Trump in the past, reached an understanding with the Trump administration that the federal officers will focus on investigating the crimes and will not devolve into confrontations with protesters, like in Portland.

Duckworth was more open to a targeted partnership with federal officials but was concerned the presence of federal law enforcement could devolve into violent policing tactics on protesters who have taken to the streets regularly since the death of George Floyd in Minneapolis.

"Now, if he wants to send federal resources into Chicago to work with the city of Chicago, with Mayor Lightfoot's administration and work with local law enforcement, I'm willing to take a look at that," Duckworth said. "But if he's going to send in unmarked folks who will grab peaceful protesters off the streets and Americans just exercising their fundamental rights and drive them off in unmarked vans, then I will oppose him every step of the way."

The Trump administration effort in Chicago is part of Operation Legend, named for a 4-year-old boy, LeGend Taliferro, who was shot dead in Kansas City on June 29. The Justice Department program kicked off in Kansas City on July 8, added Chicago and Albuquerque on July 22 and just Wednesday expanded to Cleveland, Detroit and Milwaukee.

Trump said last week "hundreds" of federal officials will descend on Chicago to drive down violent crime, as he admonished cities for bowing to protesters' demands to defund police. Trump said the agents will come from the FBI, Bureau of Alcohol, Tobacco, Firearms and Explosives (ATF), Drug Enforcement Administration (DEA), U.S. Marshals Service and Department of Homeland Security.

“This rampage of violence shocks the conscience of our nation and we will not stand by and watch it happen," Trump said.