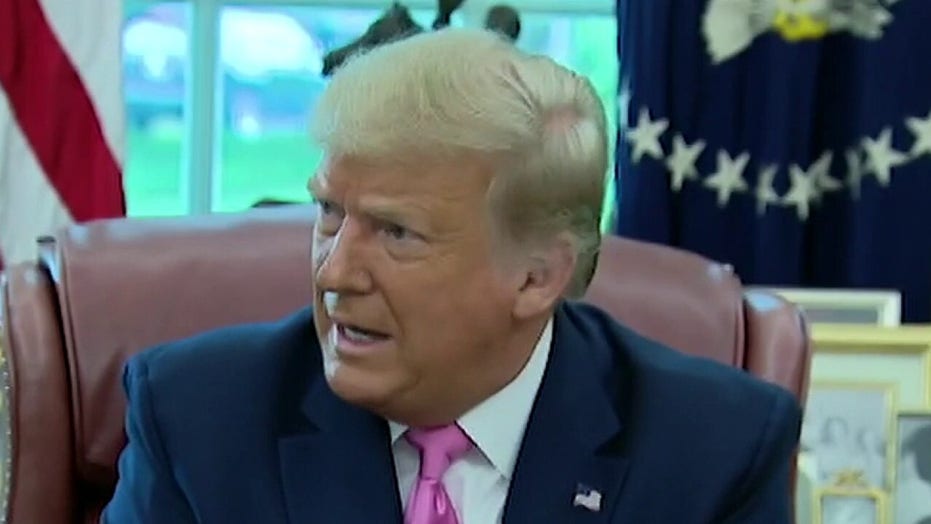 If Democrat mayors won't stop violence why should Trump let them off the hook?

Bill McGurn, Wall Street Journal, explains the 'Pottery Barn rule' and argues why it might hurt to Trump to intervene in cities facing violence

President Trump is expected to announce Wednesday that he is expanding the Justice Department's "Operation Legend" program to Chicago and Albuquerque, days after threatening federal intervention to confront violence in American cities.

The president is expected to make the announcement during a "law and order" event Wednesday afternoon at the White House, where he will detail the ongoing work of “Operation Legend” in Kansas City.

Fox News has learned that the president is expected to announce he is expanding that program to Chicago and Albuquerque amid violence in those cities.

Attorney General Bill Barr announced the launch of “Operation Legend” earlier this month in an effort to combat violent crime in Kansas City. The program was named after LeGend Taliferro, a four-year-old boy who was fatally shot last month while sleeping in his Kansas City apartment.

The Department of Justice said the operation is meant to curb a spike in violent crime in the city, where there have been more than 100 homicides this year.

The move is likely to be met with pushback from Chicago Mayor Lori Lightfoot, who has accused the president in recent days of trying to “terrorize” her city by sending in federal forces to quell skyrocketing crime.

“Under no circumstances will I allow Donald Trump’s troops to come to Chicago and terrorize our residents,” Lightfoot tweeted Tuesday evening.

The same evening, a vehicle with multiple occupants drove past a funeral home in the South Side of Chicago. Victims were fired upon while leaving the funeral, leaving 15 people injured.

Some of the mourners exchanged gunfire with the people inside the vehicle before it crashed down the block. The victims were taken to five hospitals, where they were listed in conditions ranging from serious to critical. At least one person has been arrested but police haven’t given a motive or said if the shooter and the victims knew each other, the Chicago Tribune reported.