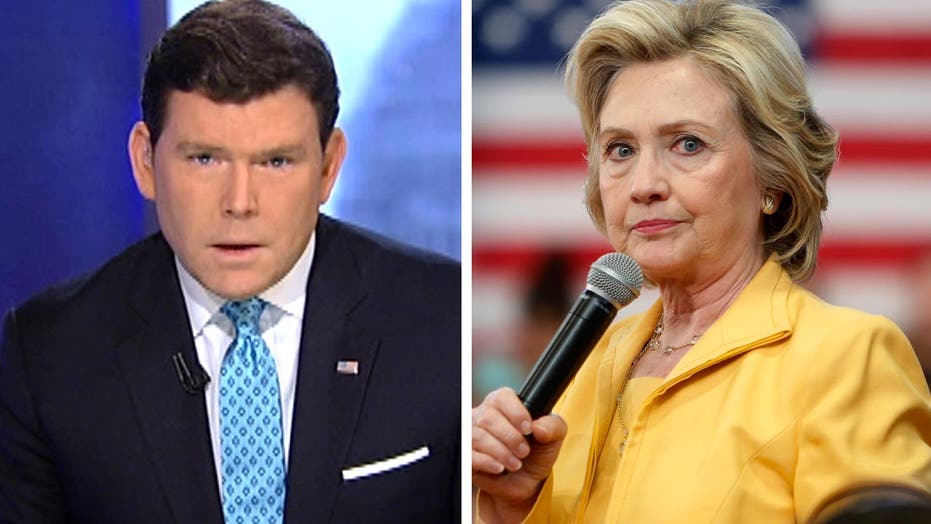 The release includes nearly 3,900 new emails. Of them, more than 200 have a "B1" marking, which means they contain classified information. More than 100 of the messages were marked as "B5" classification, which refers to internal deliberations by the Executive Branch and are exempt from disclosure to Congress and the public. However, some of the messages marked as such may be duplicates.

Almost all of the emails were "confidential," the lowest level of classification, while three emails were declared "secret," a mid-tier level for information that could still cause serious damage to national security if made public.

"The information we upgraded today was not marked classified at the time the emails were sent," Kirby said Wednesday. "It has been subsequently upgraded."

The emails deal with a range of topics, including one concerning the "Israeli view" of Palestinian initiatives at the United Nations.

Several of the emails also dealt with the civil war in Libya following the overthrow of Muammar Qaddafi and included messages from longtime Clinton adviser Sidney Blumenthal. One message from Blumenthal, dated Oct. 15, 2011 contained a tip that Qaddafi was hiding out in the African nation of Chad. Clinton forwarded the message to her adviser Jacob Sullivan, saying "This sounds credible. Can we verify?"

Five days later, Qaddafi was captured and shot in Libya while fleeing the advancing rebels.

Fox News reported in June that Clinton used her personal email account to handle high level negotiations in 2011 for a no-fly zone to help topple Qaddafi. Clinton has repeatedly denied any wrongdoing related to classified information on the server.

Another topic in the released emails focused on the State Department's outdated technology and security threats from using home computers.

Anne-Marie Slaughter, director of State's Office of Policy Planning, lamented in an email conversation that included Clinton on the antiquated nature of the agency's IT infrastructure, writing "NO ONE uses a State-issued laptop and even high officials routinely end up using their home email accounts to be able to get their work done quickly and effectively.”

Former State Department chief of staff Cheryl Mills replied, "“[A]s someone who attempted to be hacked (yes I was one), I am not sure we want to telegraph how much folks do or don't do off state mail b/c it may encourage others who are out there.”

Clinton was on the message chain at all times.

The release on Wednesday is the latest in the agency's rolling production of emails chronicling Clinton's tenure as secretary of state.

All of the messages were written by Clinton or sent by others to the private email account she used as America's top diplomat, which continues to follow her campaign for the Democratic presidential nomination.

Clinton had insisted that all of her work emails were being reviewed by the State Department, but Pentagon officials recently discovered a new chain of messages between Clinton and then-Gen. David Petraeus dating to her first days in office that she did not send to the State Department.

Thirty-seven percent of Clinton's 30,000 work-related emails are now public. The State Department plans to release them all by January.