Kansas election officials on Tuesday barred a dog from running for governor, saying such a candidate would be disqualified even if there are no actual state laws prohibiting the animal from running.

Terran Woolley, the dog’s owner, used the state’s oversight to file the paperwork that would allow his 3-year-old wire-haired Visla named Angus P. Woolley to run.

“I thought, ‘Hey, why not Angus? He’s a good dog, he’s smart. And I think he could provide better leadership than what we’ve had the last seven years in our state,’ ” Woolley told The Hutchinson News.

Bryan Caskey, director of elections for the Kansas secretary of state’s office, told The Kansas City Star on Tuesday that "there’s several laws that reference that the governor has to be an individual or a person, and so we are relying on that, and if a dog comes in to file for office, we will not allow that."

Caskey told the newspaper last year that he does not “know what would happen if [a dog] tried to” run. “I can’t point you to a law that says anything about the qualifications to run for governor." 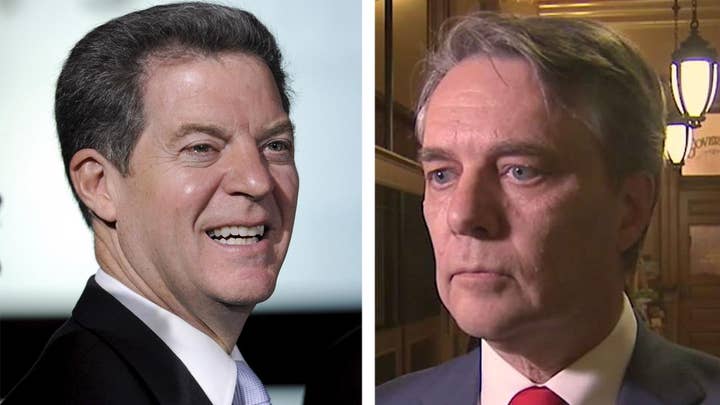 "Under Kansas law, there is no law governing the qualifications for governor, not one," Caskey also said. "So there's seriously nothing on the books that lays out anything, no age, no residency, no experience. Nothing."

The dog’s attempted bid for the office followed the news that at least six teenagers are also running to become the next governor.

Kansas lawmakers are pushing for a bill that would set out clear requirements for gubernatorial candidates, including being a human and at least 18 years old. Any passed legislation would not impact the 2018 election.