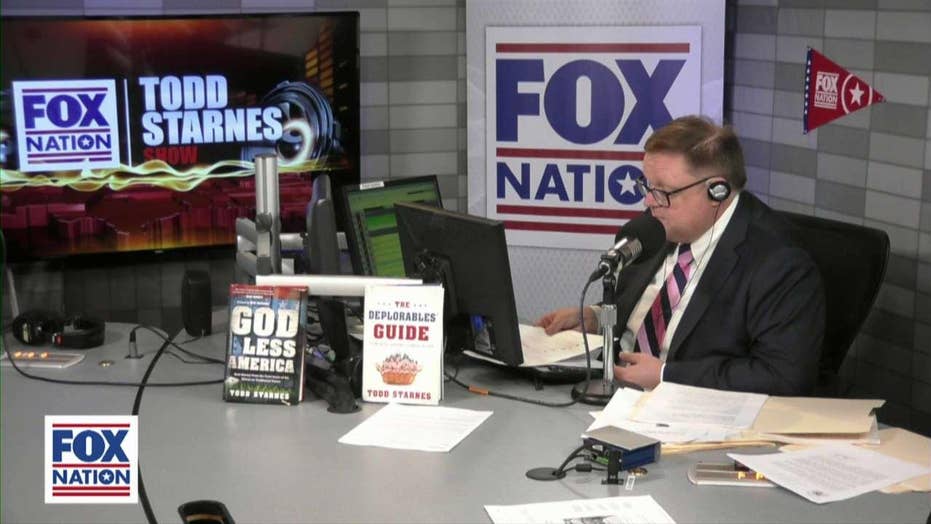 “It's sort of interesting to me, and from a perspective of apology that I've never seen a true apology, for the most part ever come with a but,” Rep. Doug Collins, R-Ga., said on Fox News Radio’s “Todd Starnes Show.” “‘Oh I'm sorry. I'm sorry. But you know there's other reasons.’ That's not an apology, that's a ‘oops, I wish I hadn’t gotten caught.’”

Omar tweeted a statement Monday apologizing and condemning anti-Semitism. "My intention is never to offend my constituents or Jewish Americans as a whole. We have to always be willing to step back and think through criticism, just as I expect people to hear me when others attack me for my identity. This is why I unequivocally apologize," her statement read. 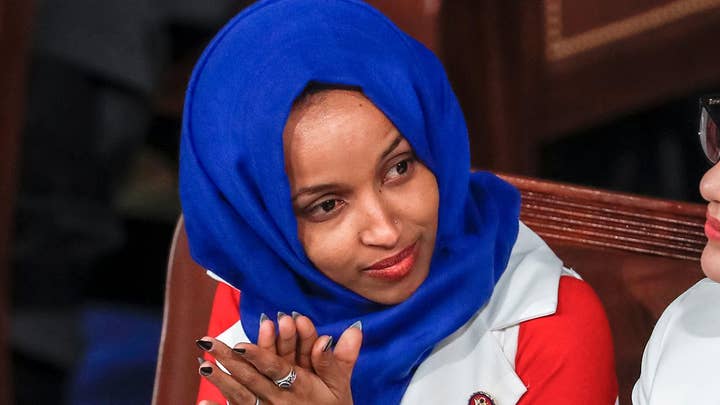 However, some critics still have a problem with Omar doubling down in the latter part of her apology on her tweet critical of the American Israel Public Affairs Committee (AIPAC).

"At the same time, I reaffirm the problematic role of lobbyists in our politics, whether it be AIPAC, the (National Rifle Association) or the fossil fuel industry. It's gone on too long and we must be willing to address it," Omar said in the statement.

President Trump, in a Cabinet meeting Tuesday, said that Omar’s apology was “lame” and that she should resign or at the very least be removed from committees including the House Foreign Affairs Committee. 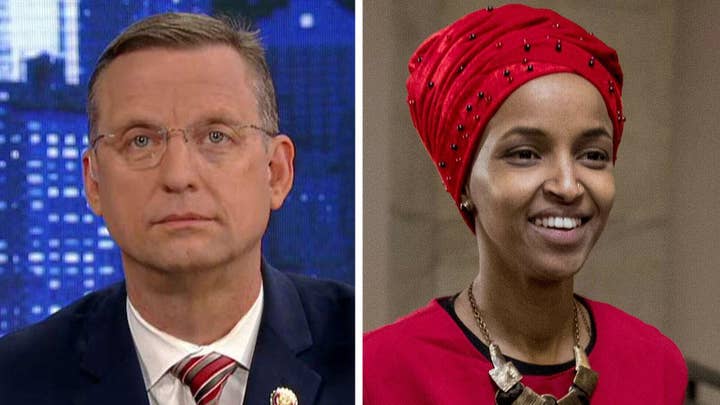 "You have trafficked in hate your whole life—against Jews, Muslims, Indigenous, immigrants, black people and more. I learned from people impacted by my words. When will you?" Omar tweeted.

"They shouldn’t go down this path, they do not have clean hands,” Pelosi told CNN.

Many Democrats have said the president was being hypocritical and cited the recent controversial comments by Rep. Steve King, R-Iowa, and the lack of condemnation from the president.

Collins said there should be consequences for Omar’s tweets.

“To have her on the Foreign Affairs, representing what Foreign Affairs looks like is just an amazing thought to me,” Collins told Todd Starnes. “When things are not said properly and things that are said are hurtful there should be consequences for it.”