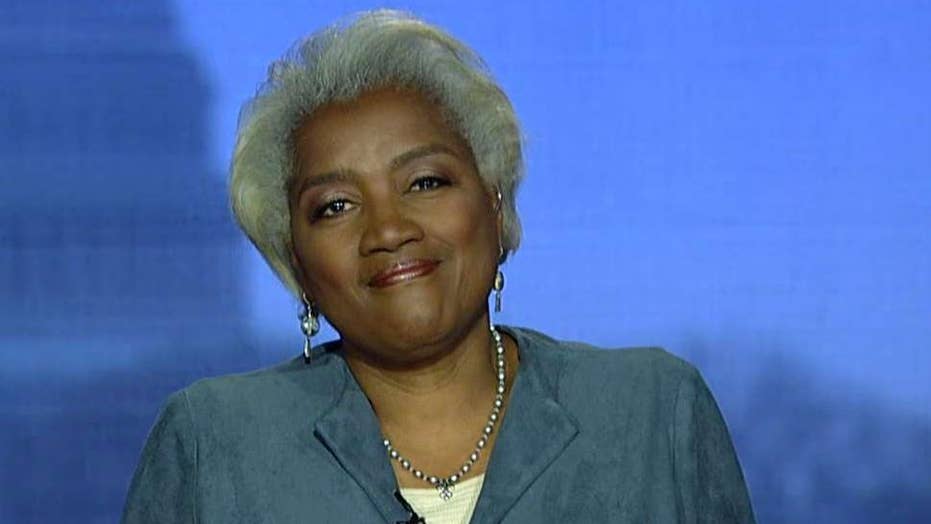 Donna Brazile: I've known Joe Biden for over 30 years and he has never acted inappropriately with me

Former Democratic National Committee chairwoman Donna Brazile, a Fox News contributor, said she understands "who Joe Biden is," having known him for decades.

At the same time, she said, she respects the women coming forward to accuse the former vice president and potential Democratic presidential candidate of inappropriate behavior.

“I’ve known Joe Biden for over 30 years. He has never been inappropriate with me,” Brazile said Thursday on “America’s Newsroom.” “I think he’s an honorable and decent human being who said yesterday in that video that he owns his mistakes, he takes responsibility, he will change the way he interacts with people, with constituents, with people who love him as well.”

Brazile was talking about a video "mea culpa" Biden released on Twitter Wednesday addressing the allegations of inappropriate behavior.

“Social norms are changing. I understand that, and I’ve heard what these women are saying. Politics to me has always been about making connections, but I will be more mindful about respecting personal space in the future. That’s my responsibility and I will meet it,” Biden said in a tweet.

“Joe Biden is someone who has comforted me on many occasions, whether it was the death of my mom, the death of my dad, of course, Hurricane Katrina. I understand who Joe Biden is, but I also respect the fact that women are speaking up now, they are telling their truth, and they’re saying to men, not just Joe Biden, they’re saying this to men from everywhere, because this is that moment. We’re saying, ‘Hey, back off, why don’t you respect us, have some space, and we can continue to have this wonderful conversation,’” said Brazile.

The release of Biden's video came amid allegations from numerous women that he had made them feel uncomfortable with what was described as inappropriate touching. Moments after Biden tweeted the video, a Washington Post story relayed the accounts of three more women claiming improper contact, on the heels of four similar allegations.

BIDEN TEAM CHARGES AHEAD WITH 2020 PLANS DESPITE ALLEGATIONS: IT'S 'STRENGTHENED HIS RESOLVE'

“I respect the fact that these women are coming forward; after all, that is what we must do. Sexual harassment and sexual assault are grave issues and no one is making allegations of that nature.

"As you know, those allegations were made against the president of the United States,” said Brazile.

Brazile said she doesn’t know if Biden will enter the 2020 race, saying, “I have not personally talked to Joe Biden” about the topic.