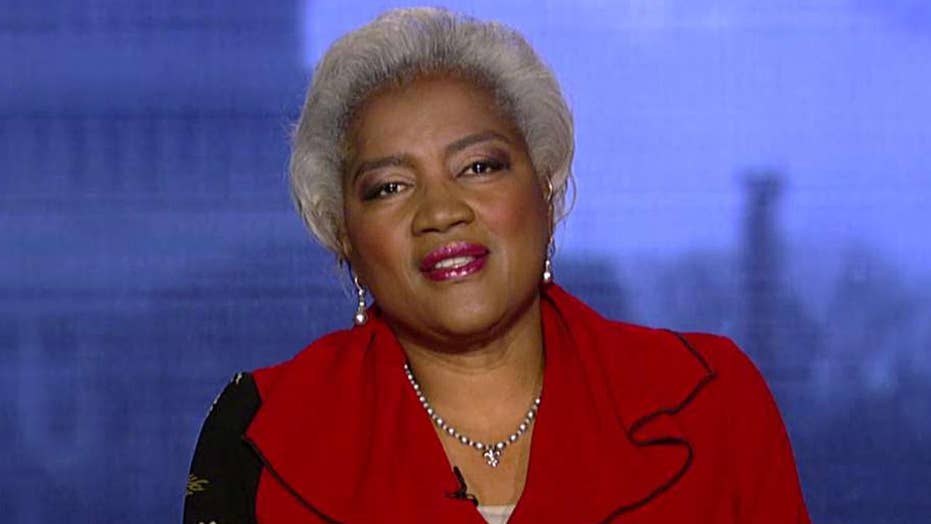 Donna Brazile on joining Fox News as a contributor

Former chairwoman of the Democratic National Committee and co-author of 'For Colored Girls Who Have Considered Politics' explains her decision to Dana Perino on 'The Daily Briefing.'

I am excited by the opportunity to share my perspective and views with the Fox News audience and to help shape the dialogue at this important juncture in our history. More importantly, I’m eager to learn from the experience.

The 2020 presidential election is a consequential moment in American democracy. Everything we believe in as Americans will be examined and, in essence, ratified by our votes. But it concerns me, as it does the majority of good Americans, that our national debate has become hostile and disrespectful. We no longer simply agree to disagree. Too often we demonize the intentions of others. Our lines of communication are frayed, if not broken.

In order for us to best decide as a people how to better protect and preserve our way of life, we need to first be able to hear what others are saying without the filter of bias and contempt. Not until we once again become practiced at treating those of differing views with civility and respect can we begin to join together to solve the myriad of problems our country must overcome.

I fully admit that in my previous lives as a campaign staffer, presidential campaign manager and Democrat Party official, my own lack of civility in the heat of battle has been on full display. And it wasn’t pretty. I should have been wise enough and humble enough to have listened to my mother, Jean, who so often would tell me, the third of nine children, to shut up and allow my siblings to speak, and to listen - really listen - to what they had to say. She knew I wasn’t listening so much as I was pausing before launching again into an argument. My mother tried to teach us Brazile kids a lesson we all need to heed as citizens: Listen more, talk less. Be civil to one another. Find common ground. Contempt is hatred towards others. These are the lessons and the attitude I will bring to Fox News.

Will I agree with my fellow commentators at Fox News? Probably not. But I will listen. Will I question some of their assertions about hard-working Americans, low-income people and issues like climate change? Absolutely. But I will do so with civility and respect.

Feeling right and righteous is a comfortable place to be. In a bubble, you don’t have to listen — or even think. When we refuse to hear one another, we wall ourselves off from the possibility of learning and, more importantly, finding common ground. Civility and humility are vital to our democratic enterprise. They are even more vital in healing the political divisions tearing us apart. To bridge this great divide, we need to bust out of our comfort zone. In coming to work as a commentator at Fox News, trust me, I’m stepping out of my comfort zone. My beliefs will be challenged, and I welcome it.

In more than three decades in American politics, I have made my share of mistakes. Some would argue I’ve made more than my fair share. But I have never wavered on the values and principles that shaped my commitment to public service. When I was a little girl campaigning to get the city of Kenner, La., to put a playground in my neighborhood, I learned that civility with those who disagreed with me helped keep the dialogue alive. As long as we were still talking, I figured there was a chance for change. I got that playground.

I have always believed that what Americans share in common is a lot stronger than what drives us apart, and that the best decisions are made in the spirit of mutual respect. I have always had good friends on the other side of the aisle. Former Republican National Committee chairman Ed Gillespie and Michael Steele are men who I have known for decades. Former Bush-Cheney strategist and home girl Mary Matalin helped me survive so many challenges that we now refer to each other as “Towanda,” a term of endearment from the classic film “Fried Green Tomatoes.”

Former Virginia Republican Rep. Barbara Comstock was the first person to donate clothes for my drive to help Hurricane Katrina victims. And I’ve happily shared many meals and civic engagements with Dana Perino and Karl Rove. My decision to serve as a commentator for Fox News is rooted in the belief that you cannot make progress, let alone reach compromise, without first listening to, and understanding those who disagree with you on critical issues.

Will I agree with my fellow commentators at Fox News? Probably not. But I will listen.

Will I question them if they make assertions about hard-working Americans, low-income people and issues like climate change that I disagree with? Absolutely. But I will do so with civility and respect. I will also freely admit the weaknesses in liberal arguments and the strength in conservative positions. And I welcome the opportunity to challenge many of the false assumptions about progressives, especially those newly elected to Congress.

To leave the world a better place, you need to help make the world a better place. Just as it takes many ingredients to make a good gumbo, it will require listening to many voices before we are able to move forward as one people. And that’s exactly why I am so excited to join the honest and passionate debate at Fox News about our future. I invite you to join me.