From the former vice president's decision not to attend the California Democratic Party State Convention to accusations of plagiarism in his climate change proposal and a reversal on the Hyde Amendment, the Biden campaign needs to steady themselves, says Fox News contributor Donna Brazile, former interim chair for the Democratic National Committee.

Fox News contributor Donna Brazile said Friday that Joe Biden had a "terrible week" and his campaign must heed the "early warning" signs as the race heats up.

The former vice president was blasted by many on the left this week after his campaign said he still backed the Hyde Amendment, which prevents federal funds from being used for abortions except in cases of rape, incest or to save the life of the mother.

Biden's stance put him at odds with abortion advocates and most of his rivals in the Democratic presidential race.

On Thursday in a speech in Atlanta, he reversed his position, saying he "can no longer support an amendment that makes" a woman's right to an abortion "dependent on someone's ZIP code." 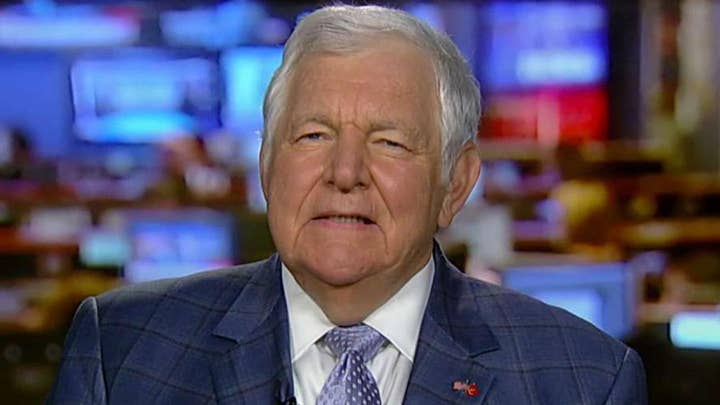 Brazile said the policy shift wasn't the only negative for Biden this week, calling out plagiarism questions surrounding his climate change platform and his decision to skip last weekend's state party convention in California.

"The vice president really had a terrible week. When I say terrible, it's not catastrophic, he can recover. ... I believe this should give the Biden campaign some early warning that they need to steady themselves as they begin to focus on rolling out more policy decisions or making more changes to their previous positions," she told "America's Newsroom."

The former DNC interim chair said Biden isn't the first presidential candidate to have an "election year epiphany," arguing Biden was right to "listen to women" and amend his position on the Hyde Amendment.

Bill Hemmer said it seems like Biden is "giving in to the pressure" from the left-wing of the party, asking Brazile about Newt Gingrich's criticism earlier on the show, where he said Biden has now "repudiated his entire career" on the issue of taxpayer-funded abortions.

Brazile disagreed, touting Biden's "strong record of leadership on women's issues" and saying the former Delaware senator is on the right side of the issue amid an "assault" on women's rights in many Republican-led states.