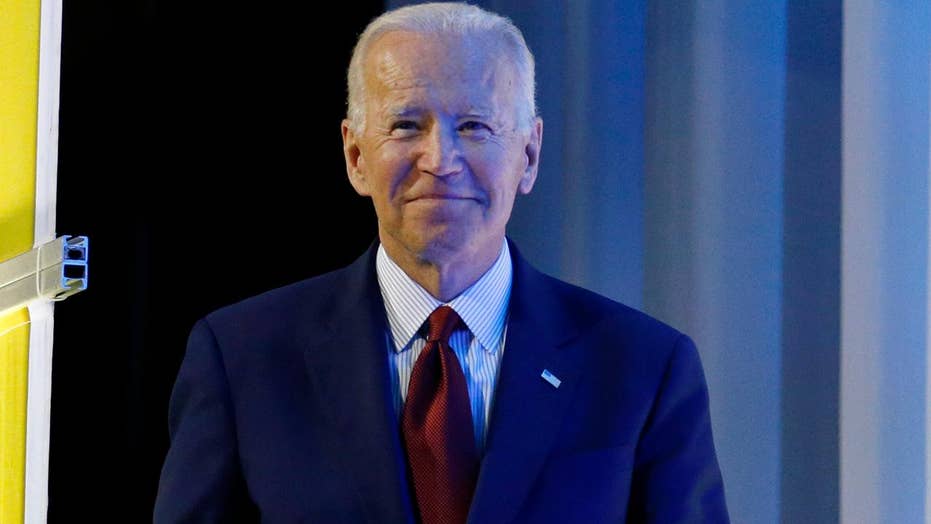 Former Vice President Joe Biden is coming under fire over fresh plagiarism allegations after his presidential campaign was forced to update its climate platform amid complaints that the team lifted lines from at least five outside sources without proper credit.

Republicans reacted by accusing Biden of the same offense that famously hampered his 1988 presidential campaign.

President Trump, tweeting from Europe, drew attention to the story Wednesday and called it a “big problem.”

“Plagiarism charge against Sleepy Joe Biden on his ridiculous Climate Change Plan is a big problem, but the Corrupt Media will save him,” Trump said.

The Republican National Committee sought to portray Biden as a serial plagiarist. In an appearance on Fox News on Wednesday, RNC chairmwoman Ronna McDaniel said, "Joe Biden has been plagiarizing for longer than I’ve been alive.”

“This is not Joe Biden's first brush with plagiarism,” the RNC’s Steve Guest tweeted. “During his 1988 campaign, Biden plagiarized campaign speeches from British Labour Party leader Neil Kinnock as well as Robert Kennedy. During law school, Biden plagiarized, too.”

The Biden campaign, which had no response when asked by Fox News about the Trump tweet, said earlier Tuesday that it was a mistake.

"Several citations, some from sources cited in other parts of the plan, were inadvertently left out of the final version of the 22 page document,” the campaign told news outlets. “As soon as we were made aware of it, we updated to include the proper citations.”

And some media figures have been reluctant to refer to it as blatant plagiarism.

“We're supposed to be mad at Biden because he copied a few lines of his climate plan from environmental groups?” tweeted Michael Grunwald, a writer for Politico. “That's not ‘plagiarism.’ That's ‘agreeing.’”

Conservatives fired back with claims that the media are letting Biden off the hook.

“Trying to imagine a conservative getting caught plagiarizing and having it characterized simply as ‘lifting language,’” tweeted Matt Whitlock, an adviser to the National Republican Senatorial Committee.

The apparent similarities were first flagged on Twitter by a progressive activist. By Tuesday afternoon, most of the examples in the Biden campaign platform had been updated online to include attribution to a third party.

“The paragraph in Joe Biden’s climate plan about carbon capture and sequestration includes language that is remarkably similar to items published previously by the Blue Green Alliance and the Carbon Capture Coalition,” Josh Nelson, the vice president of CREDOmobile, tweeted earlier in the day. 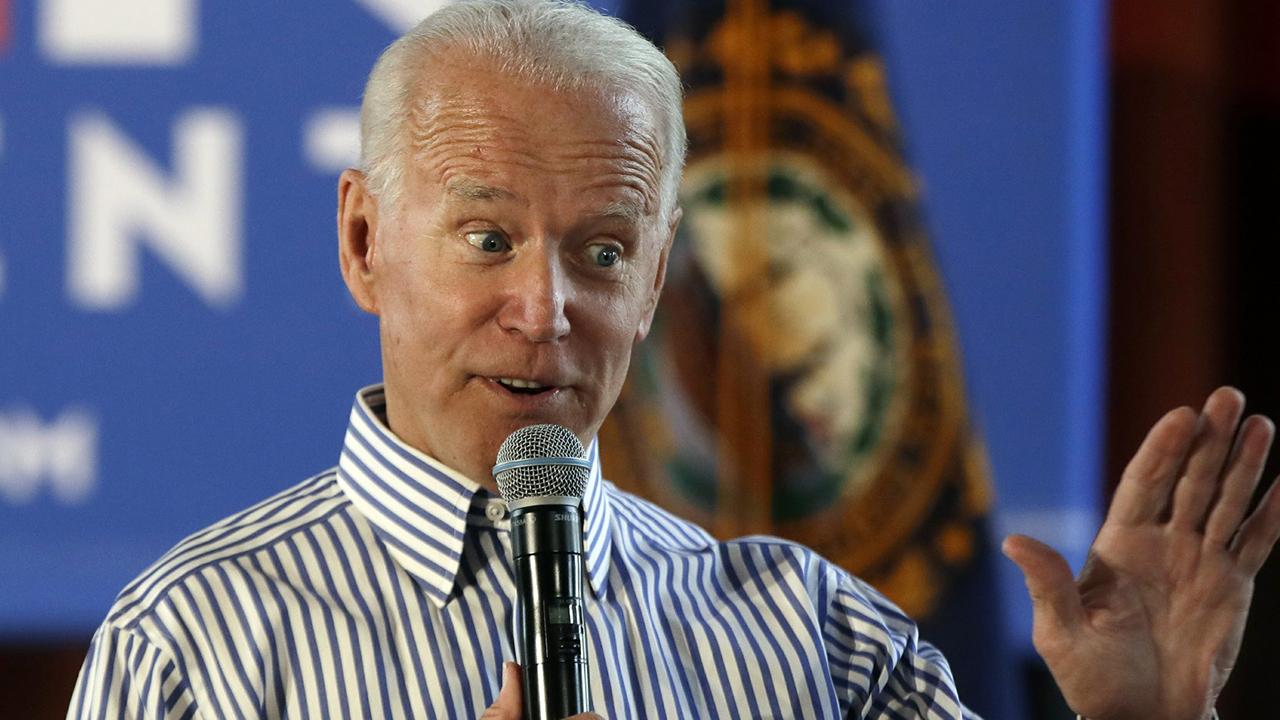 Biden's platform said, "Carbon capture, use, and storage (CCUS) is a rapidly growing technology that has the potential to create economic benefits for multiple industries while significantly reducing carbon dioxide emissions.”

But Nelson pointed out on Twitter that the Blue Green Alliance used that same language in a 2017 letter.

In another example, the campaign’s platform said, “Biden’s goal is to make CCUS a widely available, cost-effective, and rapidly scalable solution to reduce carbon emissions to meet mid-century climate goals.”

Nearly identical language appears on the website of the Carbon Capture Coalition, which said its "goal is to make carbon capture, use and storage (CCUS) a widely available, cost-effective, and rapidly scalable solution to reduce carbon emissions to meet mid-century climate goals.”

By Tuesday afternoon, attribution was apparently added to both parts to give credit to the Blue Green Alliance and Carbon Capture Coalition.

The Daily Caller flagged a part from Biden’s platform that said, “Aviation accounts for nearly 2 percent of global greenhouse gas emissions, and that portion is expected to increase. Unfortunately today, few low-carbon technologies or fuels have been developed to tackle this challenge.”

The liberal website Vox in January used similar language in a story that said, “Aviation accounts for about 2 percent of global greenhouse gas emissions, and that share is poised to grow.”

By Tuesday afternoon, the Biden platform attributed the information to American Rivers.

The Biden campaign platform on Tuesday also said, “40 percent of the 567 federally recognized tribes in the U.S. live in Alaska, where the rapid pace of rising temperatures and melting sea ice and glaciers threaten the critical infrastructure and traditional livelihoods in the state.”

The Climate.gov website has strikingly similar language: “Of the 567 federally recognized tribes in the United States, 40 percent (229 tribes) live in Alaska Native communities. The rapid pace of rising temperatures, melting sea ice and glaciers, and thawing permafrost in Alaska is having a significant negative impact on critical infrastructure and traditional livelihoods in the state.”

By Tuesday, the platform had attributed the information “to the U.S. federal government.”

In a statement earlier in the day, Biden announced his environmental plan, calling it “The Biden Plan for a Clean Energy Revolution and Environmental Justice.”

“We must take drastic action now to address the climate disaster facing the nation and our world,” Biden said.