President Trump wondered why George Washington did not name his estate Mount Vernon after himself, a new report claims.

Trump reportedly made the comment during a visit to the historic compound in April 2018, according to Politico. The president visited Mount Vernon in Virginia with first lady Melania Trump, French President Emmanuel Macron and his wife Brigitte Macron.

“If he was smart, he [Washington] would’ve put his name on it,” Trump quipped, according to sources. “You’ve got to put your name on stuff or no one remembers you.”

TRUMP'S REVOLVING DOOR MAY NOT PRODUCE RESULTS, ESPECIALLY ON IMMIGRATION

The tour guide, Doug Bradburn, who’s the CEO and president of Mount Vernon, allegedly told the president that Washington was able to get the nation’s capital named after him. Trump laughed at the fact, the media outlet reported. Before becoming President, Trump the real estate mogul would regularly brand his buildings with his name. 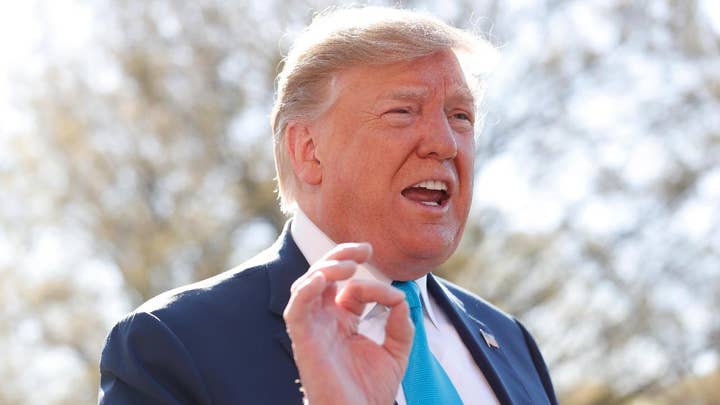 The report claims Trump was allegedly disinterested in the history of the first president during the 45-minute tour and described it to associates as “truly bizarre.” Bradburn reportedly said the Macrons were more knowledgeable about the estate than the commander-in-chief. A source told the media outlet Bradburn “was desperately trying to get [Trump] interested in" Mount Vernon.

A source alleged that Trump asked if Washington was "really rich." The first president was believed to be one of the wealthiest people in the country at his time.

“That is what Trump was really the most excited about,” the source said.

Trump did find something in the house he liked – the bed Washington passed away in 1799.

"A good bed to die in,” Trump reportedly said.