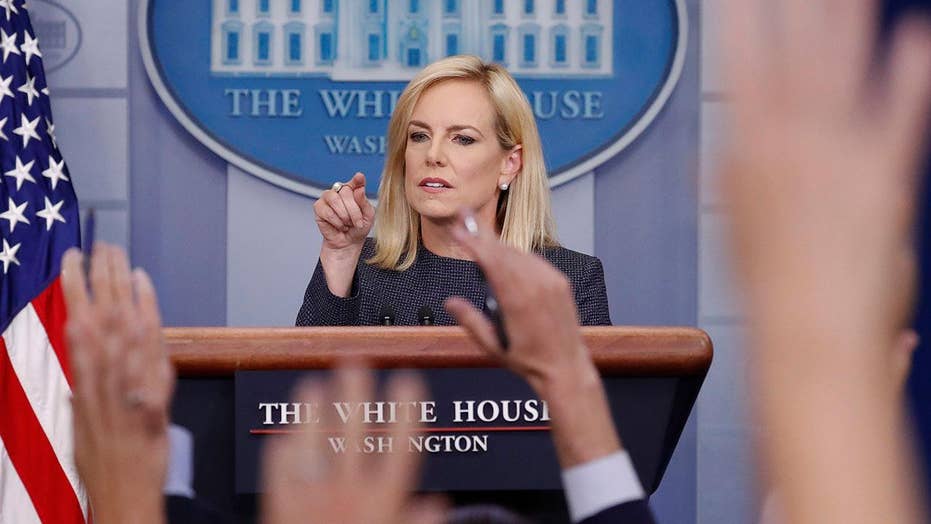 Under withering questioning from the White House press corps, Homeland Security Secretary Kirstjen Nielsen insisted Monday that the growing crisis at the U.S.-Mexico border "is not new" amid a national outcry over the separation of immigrant children from their parents.

After an 11-minute opening statement, Nielsen faced a series of contentious questions over the Trump administration's "zero tolerance" policy for illegal border crossings. At one point, CNN reporter Jeff Zeleny asked her: "How is this not child abuse for these innocent children who are, indeed, being separated from their parents?"

Nielsen responded by claiming that the "vast majority" of children currently held at the border are unaccompanied minors.

ABC News' Cecilia Vega asked Nielsen if she had heard audio published by ProPublica of immigrant children crying at a government facility where they had been taken after being separated from their parents. Nielsen responded that she had not, but again insisted that the separated children were well cared for. 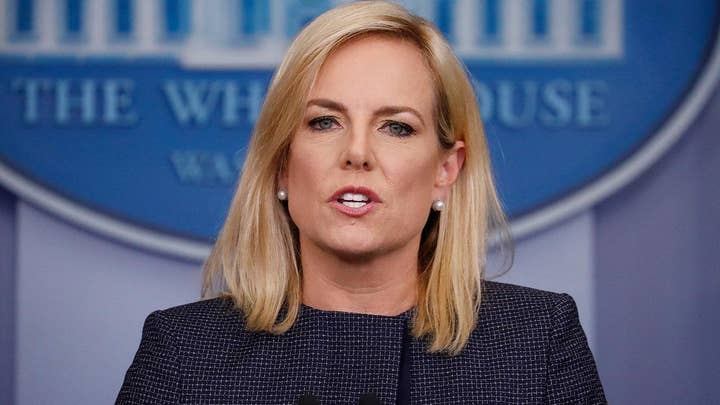 In her statement, Nielsen called for Congress to act on legislation that would curb the separation of immigrant children from parents held in custody. Such a provision is already in a compromise GOP immigration measure between party conservatives and moderates and similar language was expected to be added to an alternative bill favored by conservative members. The House is expected to vote on both bills later this week.

"Surely it is the beginning of the unraveling of democracy when the body who makes the laws, instead of changing them, tells the enforcement body not to enforce the law," Nielsen said. "I ask Congress to act this week so that we can secure our borders and uphold our humanitarian ideas."

After Nielsen left the briefing room, White house press secretary Sarah Sanders said Trump would reject any attempt to end the separation of families that is not part of broader immigration reform.

"We want to fix the whole thing, we don't want to tinker with just part of it," said Sanders, who added that Trump's priorities, like funding a border wall and tightening immigration laws, also must be fulfilled. 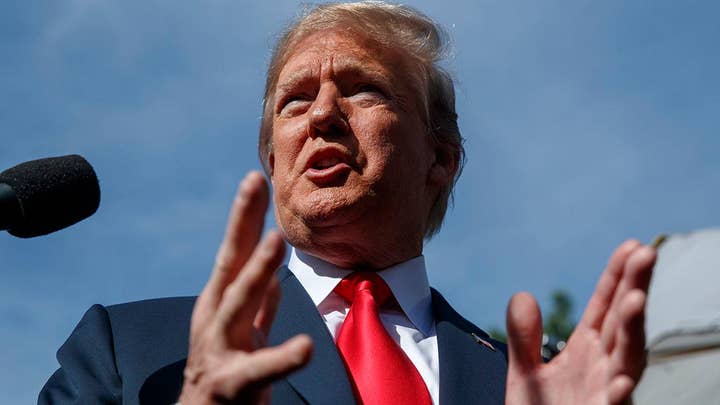 At a McAllen, Texas, detention center, The Associated Press reported that hundreds of immigrant children waited in a series of cages created by metal fencing. One cage had 20 children inside. Bottles of water, bags of chips and large foil sheets intended to serve as blankets were scattered around the facility.

Nielsen, Attorney General Jeff Sessions and other members of the administration have insisted that the White House is simply enforcing immigration laws already on the books.

"The voices most loudly criticizing the enforcement of our current laws are those whose policies created this crisis and whose policies perpetrate it," Nielsen said.

The policy has drawn outrage from conservatives and Republicans as well as Democrats and liberals. The Rev. Franklin Graham, a longtime Trump ally, called the policy "disgraceful." Several religious groups have also pushed to stop the practice and former first lady Laura Bush called it "cruel" and "immoral" in a Washington Post opinion piece.

On Capitol Hill, Michigan Republican Rep. Fred Upton called for an immediate end to this "ugly and inhumane practice," adding, "It's never acceptable to use kids as bargaining chips in political process." And Kansas GOP Sen. Pat Roberts said he is "against using parental separation as a deterrent to illegal immigration."