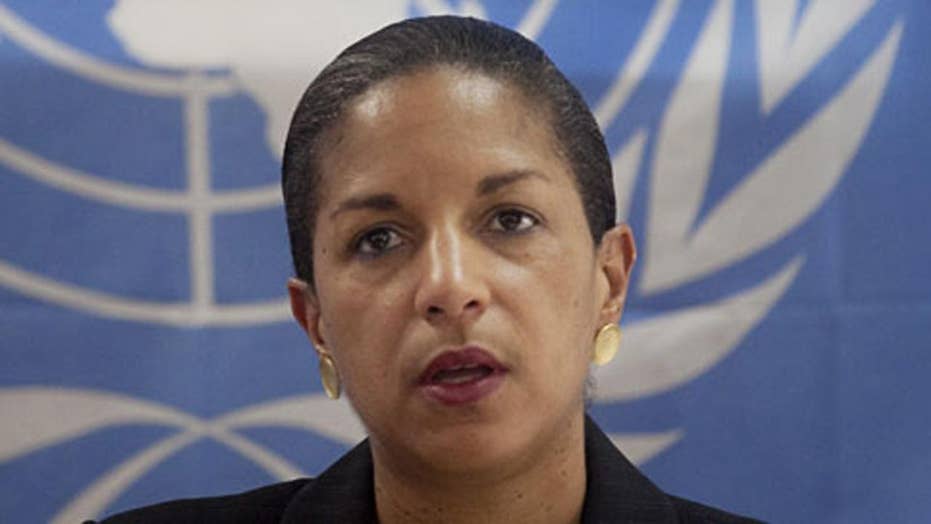 Where do the Susan Rice revelations go next?

An extensive and complex paper trail for requests to the National Security Agency about the identities of people in President Trump’s transition team in sensitive intelligence surveillance probably exists, including requests made by former National Security Advisor Susan Rice, according to information sharing procedures signed into law by the outgoing Obama Administration.

The revamped procedures, approved in the last days of the Obama Administration, also specifically warn  U.S. government agencies  against sharing any personal  information from raw NSA intelligence with the White House “for the purpose of affecting the political process in the United States,” according to a slightly redacted copy of the document examined by Fox News.

Questions about what intelligence can be shared are supposed to be settled through consultations that involve the General Counsel of the Director of National Intelligence, with numerous sign-offs and a memorandum of agreement governing its availability and how it will be used.

The same rules demand that an agency that obtains the raw SIGINT, as electronic monitoring programs are known, must ensure that anyone with access to the material uses it  appropriately and that the constitutional rights, especially Fourth Amendment rights, of any American citizen who is monitored are respected.

All of those safeguards, and many more, are contained in the controversial, 23-page document after it was signed by the Obama Administration’s Attorney General, Loretta Lynch, and Director of National Intelligence, James Clapper, and went into effect on January 3, 2017—just two weeks before the Trump Administration took office.

The document states that those guarantees should be in place for every request involving such sensitive information—including the information requests made by Rice to “unmask” the redacted identities of  people associated with the victorious Trump presidential campaign who were caught up in “incidental” communications collection by NSA.

The identity of Michael Flynn, briefly the Trump Administration’s National Security Advisor, was subsequently leaked and Flynn resigned amid revelations that he had misled Vice President Michael Pence regarding telephone conversations he had held with Russian Ambassador to the U.S. Sergey Kisliyak.  Rice has strenuously denied any involvement in the leaking.

Lawmakers with the House and Senate intelligence committees are currently complaining that the FBI, CIA and National Security Agency are not cooperating with their requests for information that bears on the leaks, an accusation that all three agencies deny.

Rice has defended her requests to “unmask” such identities in a number of surveillance transcripts as routine and said that the names were needed to provide context “in order to understand the importance of the report and understand the significance.”

Officials from previous Administrations who had made similar unmasking requests in the past have noted that they are rare and anything but routine, given the paperwork involved.

John Bolton, a former Assistant Secretary of State and U.S. Ambassador to the U.N., told Fox News that during four years in government he made ten such requests in all, while examining “thousands” of intelligence reports where such identities were restricted. (Bolton is a Fox News contributor.)

He added   that at least in the past the unmasking did not extend to everyone who subsequently read the surveillance documents, but only to the person who requested the specific identity. “It is not revealed in any other intercept,”  he said.

Moreover, he noted, any intended use of the unmasked material beyond what was covered in the written requests for it would amount to “false statements” to a federal agency, itself a crime.

As it happens, Rice’s public explanation that the identities were needed for context tracks closely with one of that rationales mentioned on page 12 of  the procedures document for releasing what is called “U.S. person information,” or USPI: “to understand the foreign intelligence or counterintelligence information or assess its importance.”

A “nonexclusive” list of examples that follows that heading largely points to cases where the “U.S. person”  might be engaged in spying or unauthorized disclosure of classified information, narcotics trafficking, or be the target of “hostile  intelligence activities of a foreign power.”

In cases involving “a senior official of the Executive Branch of the U.S. Government,” the document advises, “normally only the official’s title will be disseminated.”

The document adds that “a high-level official of the recipient [requesting agency] will ensure that domestic political or personal information that is not necessary to understand foreign intelligence r counterintelligence or assess its importance is not retained or disseminated.”

The procedures document also strictly ordains that “a [requesting agency] receiving raw SIGINT [unredacted surveillance information] under these Procedures may not further disseminate the raw SIGINT it obtains” without authorization from the Director of National Intelligence—a decision that involves further consulting with NSA’s General Counsel about whether that is possible.

The same thicket of oversight is also supposed to be applied to the sensitive raw information once it has been handed over to whoever asked for it, through the requestor’s “oversight and compliance program” --which must be reviewed and approved by the Director of National Intelligence’s Civil Liberties Protection Officer.

Among other things, this compliance program is supposed to “ensure that the [requesting agency] does not improperly retain and/or disseminate USPI” it had received.