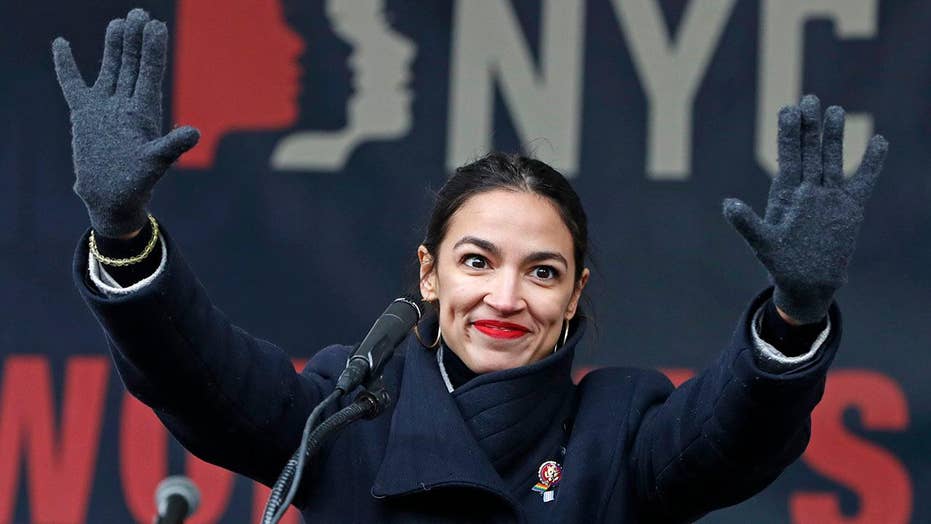 As leading 2020 Dems advocate spending big on the Green New Deal, it turns out most Americans are worried about other issues.

Big-name White House hopefuls have thrown their support behind the pricey proposal aimed at combatting climate change introduced by freshman star Rep. Alexandria Ocasio-Cortez, D-N.Y. and Sen. Ed Markey, D-Mass. Critics say it could cost as much as $93 trillion, or approximately $600,000 per household.

The staggering cost estimate comes from a new study co-authored by the former director of the nonpartisan Congressional Budget Office.

GREEN NEW DEAL WOULD COST UP TO $93 TRILLION, OR $600G PER HOUSEHOLD, STUDY SAYS

But a Pew Research Center poll this month found the issue of climate change ranked 17th on a list of what President Trump and Congress should make a top priority this year.

Just 44 percent of those who responded said climate change should be a top priority, well below the 70 percent who want the economy to be the focus.

However, 56 percent did say the environment should be a top focus – which was the 8th highest-ranked response in the poll.

Along with the economy, health care costs, education, terrorism, and Social Security rounded out the top five.

Earlier this month, Ocasio-Cortez ramped up the rhetoric in pushing for the Green New Deal, calling it a “life and death” issue in a series of tweets.

“Don’t mess with our future. When it comes to climate, it’s all our lives at stake. The younger you are, the more consequences you’ll see. It’s life and death for us. And we will fight like it,” she tweeted.

DEMOCRATS UNWILLING TO STAND UP TO OCASIO-CORTEZ, 'TELL HER NO,' RUSH LIMBAUGH SAYS

On Sunday, 2020 candidate Sen. Kamala Harris, D-Calif., declined to put a price tag on the Green New Deal and "Medicare-for-all," saying "it's not about a cost," but rather return on investment.

Previously, Sen. Kirsten Gillibrand, D-N.Y., also a 2020 candidate, told supporters she is “committed to the entire framework” of the proposal, Sen. Elizabeth Warren, D-Mass., co-sponsored the guidelines along with Bernie Sanders, and Sen. Cory Booker, D-N.J., said he is “excited to support” the “bold action on climate change.”

Other Democrat senators who have voiced support for the plan include: Chris Murphy and Richard Blumenthal, of Connecticut; Ron Wyden and Jeff Merkley, of Oregon; and Debbie Stabenow, of Michigan.