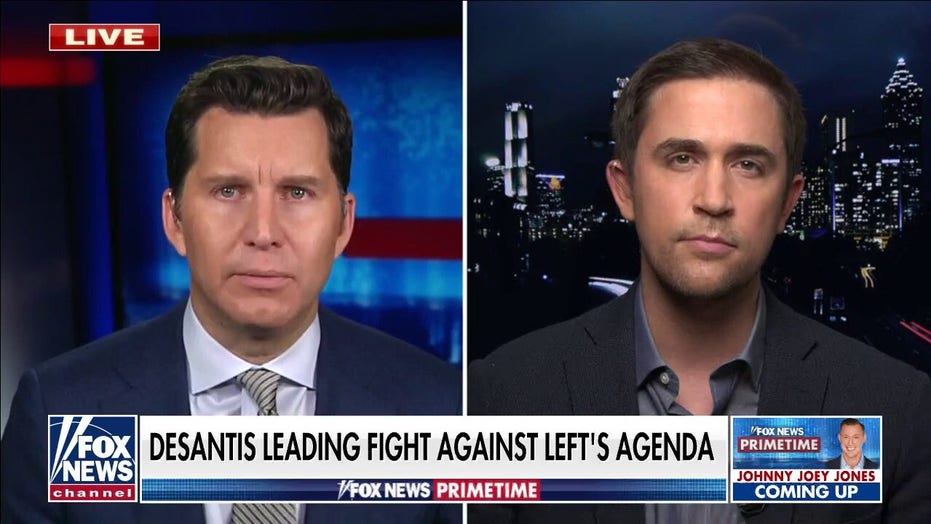 DeSantis to ban critical race theory from schools and workplaces

Florida Gov. Ron DeSantis vowed to take on communist China, saying the Chinese Communist Party (CCP) is not something that his state wants to be involved with.

The Sunshine State Republican issued a press release on Monday regarding the meeting he held with the Florida State Board of Administration (SBA) members putting "woke corporations" and state investments in Chinese companies under the microscope.

"If you look at how these major companies behave when faced with Chinese disapproval, they censor what the CCP tells them to censor, and we see groveling apologies," DeSantis said in the release.

"Go back a generation, and the idea of the American elites was, ‘If we allow China into the WTO and give them most favored nation status, that will make China more like us,’" the governor continued. "This experiment has failed, and it has endangered our nation’s national and economic security."

DeSantis also said he wanted the SBA to "survey the investments that are currently being done" and that when the state legislature returns, "they can make statutory changes to say that the Communist Party of China is not a vehicle that we want to be entangled with."

"I think that that would be something that would be very, very prudent," the governor said. "I also think that our country as a whole, but certainly Florida would like to see more production and manufacturing re-shored, and we would be a great place to do that."

"By retaking control of the state pension fund’s proxy voting from outside fund managers who may pursue social ideologies inconsistent with the state’s values or the financial interests of the state’s investments, and by determining the state’s exposure to Chinese investments, the actions taken today will further strengthen Florida’s fiscal footing and signal to those in corporate America who prop up a genocidal, authoritarian, imperialist regime that they will not do so with Floridians’ money," the release continues.

China has become the global elephant in the room as they host the 2022 Winter Olympics amid human rights abuses and the CCP’s genocide of Uyghur Muslims. While the Biden administration called for a "diplomatic boycott" of the Olympics, many Republican lawmakers and potential 2024 Republican presidential candidates said the Biden administration didn't go far enough and that the Olympics should be boycotted "completely."

"President Biden had the chance to actually stand up to Beijing’s genocide and human rights abuses, but again, he has chosen appeasement and weakness over strength and resolve," Sen. Rick Scott, R-Fla., said in a statement earlier this month. "Time and time again, Biden does the bare minimum when it comes to dealing with China, and it’s absolutely unacceptable."

Sen. Rick Scott speaks during a news conference on Capitol Hill on May 26, 2021. (Drew Angerer)

Sen. Tom Cotton, R-Ark., recently called on the Biden administration to scale back the country’s economic reliance on China.

"Remember, China is a communist country, and they always put the party above the government and certainly ahead of the public interest," Cotton told "Fox News Primetime" on Monday. "We should do everything we can to take advantage of these trends by reducing our reliance on China for things like advanced technology, but also life-sustaining drugs, or life-sustaining medical devices or medical equipment."