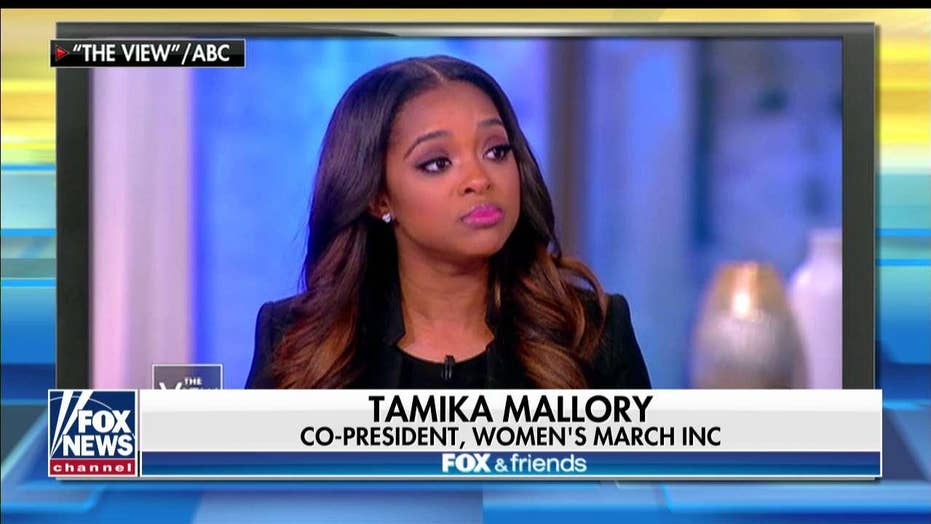 The Democratic National Committee will not sponsor the Women’s March amid anti-Semitic concerns, Fox News has learned.

"The DNC stands in solidarity with all those fighting for women's rights and holding the Trump administration and Republican lawmakers across the country accountable. Women are on the front lines of fighting back against this administration and are the core of our Democratic Party," DNC Deputy Communications Director Sabrina Singh told Fox News, making clear the organization still supports the cause of women's rights even as it keeps distance from the group itself.

The 2019 Women’s March is scheduled for Jan. 19 at the National Mall in Washington, D.C. to commemorate the third anniversary of the original Women’s March, which was held Jan. 21, 2017, the day after President Trump took office.

The Jewish News Syndicate reported on Tuesday that the DNC “dropped” its partnership, though the DNC did not sponsor the Women’s March in previous years. It’s unclear if the DNC planned to sponsor the 2019 version prior to the group’s latest controversy.

Singh's statement on behalf of the DNC comes one day after “The View” co-hosts Sunny Hostin and Meghan McCain grilled Women's March co-founder Tamika Mallory over her ties to Louis Farrakhan.

Mallory raised eyebrows when she said that the controversial Nation of Islam leader is the “greatest of all time because of what he’s done in black communities.”

In a speech in February, Farrakhan praised Mallory and declared “the powerful Jews are my enemy.” Last year, a Washington state chapter of the Women's March disbanded in protest over the national group's links to anti-Semitism.

“What I will say to you is, I don’t agree with many of Minister Farrakhan’s statements,” Mallory said.

Protesters gather on the National Mall in Washington. in the first Women's March in Jan. 21, 2017. (Fox News)

The Women’s March movement has been marred by complaints from some black and Latina women, who've raised concerns that their input is often disregarded or overlooked, The New York Times reported.

Last month, organizers of Women’s March rally slated for Northern California canceled the event, saying they were concerned that participants would have been “overwhelmingly white."

“Up to this point, the participants have been overwhelmingly white, lacking representation from several perspectives in our community,” a press release said.

The Chicago edition was also canceled, with organizers blaming high costs and limited volunteer hours. A Washington state chapter of the Women's March recently disbanded in protest because of the national group's links to anti-Semitism.