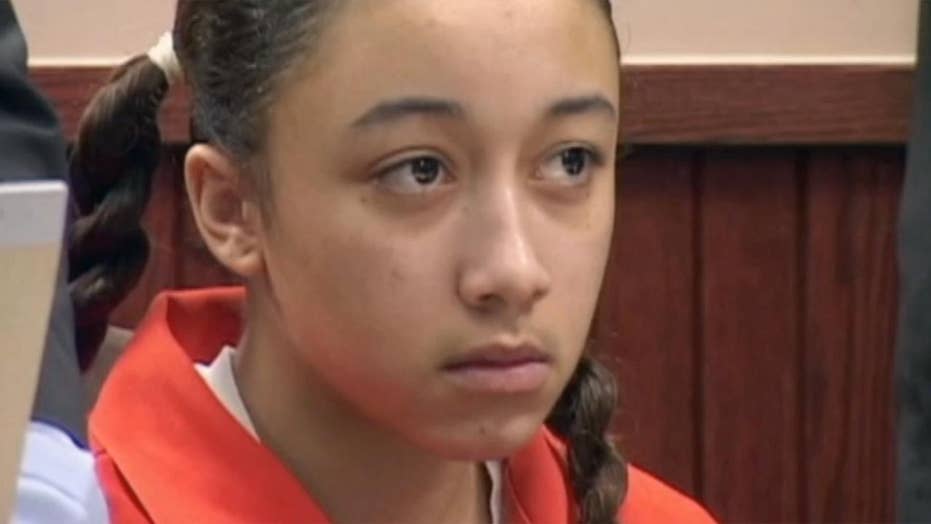 Democratic leaders in Tennessee are calling for the state’s outgoing Republican governor to grant clemency to a woman serving a life sentence for a murder she committed when she was a teenager.

At a news conference Friday to draw attention to Cyntoia Brown’s case, several Democrats asked for Gov. Bill Haslam to act before he leaves office next month, the Tennessean reported.

"Do not kick this decision down the road for Gov.-elect [Bill] Lee," said Sen. Brenda Gilmore. "To keep her in prison for 51 years is another travesty."

Tennessee Gov. Bill Haslam, shown in 2012, will be leaving office in January.

The state Supreme Court recently ruled that people convicted of first-degree murder in that state and sentenced to life as of July 1995 must serve at least 51 years before becoming eligible for parole.

TENNESSEE PAROLE BOARD DIVIDED OVER RELEASE IN MURDER CASE

Haslam has said he not reached a decision on the matter yet and didn’t want to treat Brown’s case differently because of the publicity it’s received.

"We are reviewing every aspect of it, just like we are with several other ... similar cases," Haslam said.

Brown admitted in 2004 to fatally shooting 43-year-old Johnny Allen White while the two were in bed because she believed he was reaching for a gun. She was 16 at the time.

Prosecutors argued she killed White, a real estate agent, in order to rob him.

Advocates said that Brown, now 30, was a teen prostitute at the time of the killing. They say she was the victim of sex trafficking and has since earned an associate’s degree while in prison.

"We cannot forget and we must not forget that Ms. Brown herself was a victim," said state Rep. Ray Clemmons.

He pledged to re-introduce a bill to allow juvenile sentences to be reviewed.

Brown’s case has become a cause celebre, attracting the attention of celebrities such as Kim Kardashian West, Rihanna and advocacy groups. She is also the subject of a PBS documentary.

“We are demanding that our sister Cyntoia be set free,” said Lea Allen, a Baptist minister.