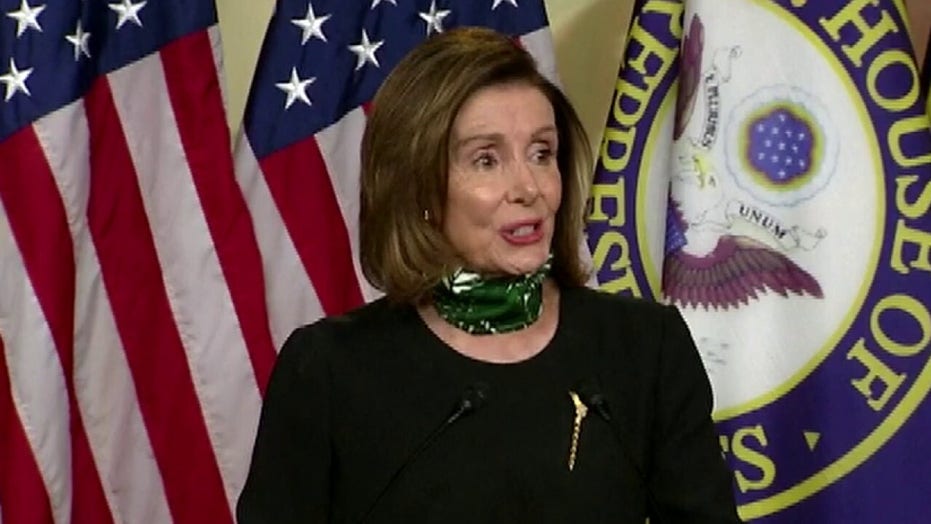 House Speaker Nancy Pelosi calls the bill a starting offer as the White House issues a veto threat; Mike Emanuel has the details.

Several Democrats are bucking their party and voting against Speaker Nancy Pelosi's $3 trillion coronavirus relief bill in the House on Friday.

Some moderate members in swing districts -- including Reps. Abigail Spanberger of Virginia, Joe Cunningham of South Carolina, Kendra Horn of Oklahoma, Cindy Axne of Iowa and Ben McAdams of Utah-- ripped the massive measure as a one-sided partisan bill that is going nowhere.

And there's resistance in the most liberal wing of the party, too, where some say the $3 trillion measure isn't big enough. Rep. Pramila Jayapal, a leader of the Congressional Progressive Caucus, said her "no" vote was "difficult" but the bill fell short on ensuring Americans continued to get paychecks and had access to health care.

At least one Republican, Rep. Peter King of New York, is bucking the GOP and supporting the legislation that will give nearly $1 trillion to state and local governments reeling from coronavirus budget holes. 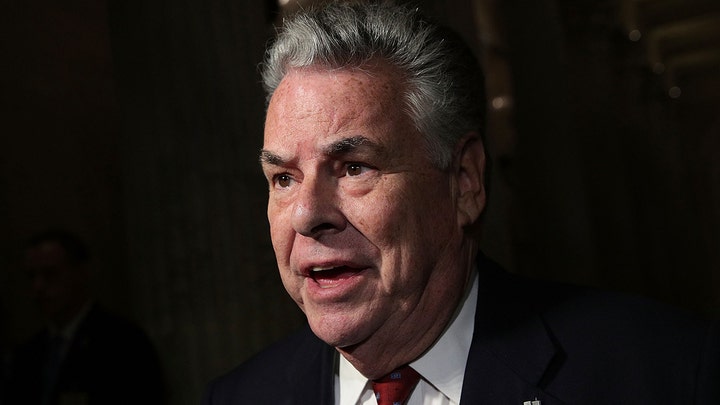 “I can be as much a red state person as anyone. But now we're talking about survival. And this is no place for politics. There's a lot in the bill that I disagree with, but Mitch McConnell refuses to bring up aid to state and local governments. New York will absolutely collapse if that aid money is not there,” King told Fox News.

Ocasio-Cortez, whose Bronx and Queens district has been especially hard hit by the virus, said the bill is a "mixed bag"  with positive funding for hard-hit state and local governments but falls shorts on direct assistance and health care.

"Do I think it should be bolder? Yes," Ocasio-Cortez told reporters outside the Capitol, wearing a "Medicare For All" blue mask. "Do I think there should be more, especially as a starting offer. Absolutely. But I do anticipate that there's going to be some sort of deal on the other end." 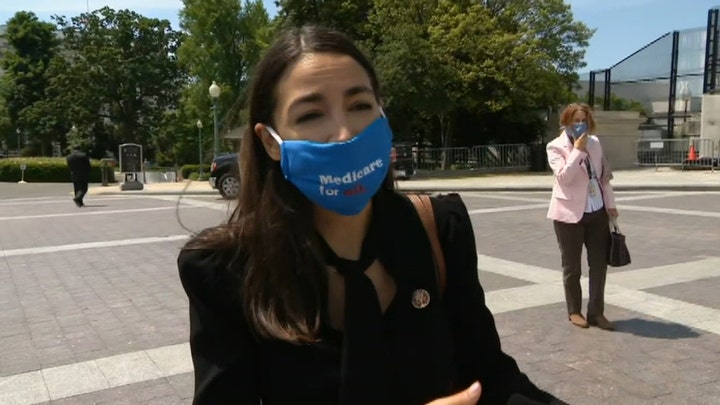 On the flip side, moderate Democrats who were elected in 2018 during the blue wave were upset the legislation was drafted without input from Republicans, unlike the previous four bills that passed with broad bipartisan support.

“This is Washington politics at its worst," Cunningham, D-S.C., said in a statement.  "While South Carolina families, small business owners, and workers are struggling, now is not the time to advance a partisan wish list or refuse to come to the negotiating table. At a time when our country is in real trouble, we should not be spending precious time on one-sided solutions that aren’t going anywhere."

Spanberger said voters in her Central Virginia district expect the government to work together during the crisis.

"Unfortunately, many members of Congress — including some in my own party — have decided to use this package as an opportunity to make political statements and propose a bill that goes far beyond pandemic relief and has no chance at becoming law, further delaying the help so many need," Spanberger said in a statement announcing her "no" vote.

Horn, another freshman rep who won in a red district in 2018, said the $3 trillion package, known as the HEROES Act, is full of "pet projects" that are unrelated to the coronavirus crisis and is too costly.

"This is not the time for partisan gamesmanship, this is the time to find common ground and deliver help where it is needed most," Horn said. "In response to COVID-19, our relief efforts must be targeted, timely, and transparent. The HEROES Act does not meet those standards."

DEMOCRATS' $3T CORONAVIRUS RELIEF BILL IS TOO SMALL FOR SOME PROGRESSIVES

On the liberal side of the Democratic Party, progressive members wanted reoccurring $2,000 monthly paychecks, expanded access to Medicare and inclusion of the Paycheck Guarantee Act that Jayapal had introduced.

That paycheck legislation was designed to ensure workers were paid and attached to their employers' health care during the pandemic to avoid layoffs, business closures and more unemployment claims. The plan called for the federal government to give grants to employers to cover 100 percent of employees' benefits and salaries (up to $100,000 per person) for the next three months.

"This was a difficult decision for me," Jayapal told reporters Friday at the Capitol. "There are a lot of things that are good in the bill."