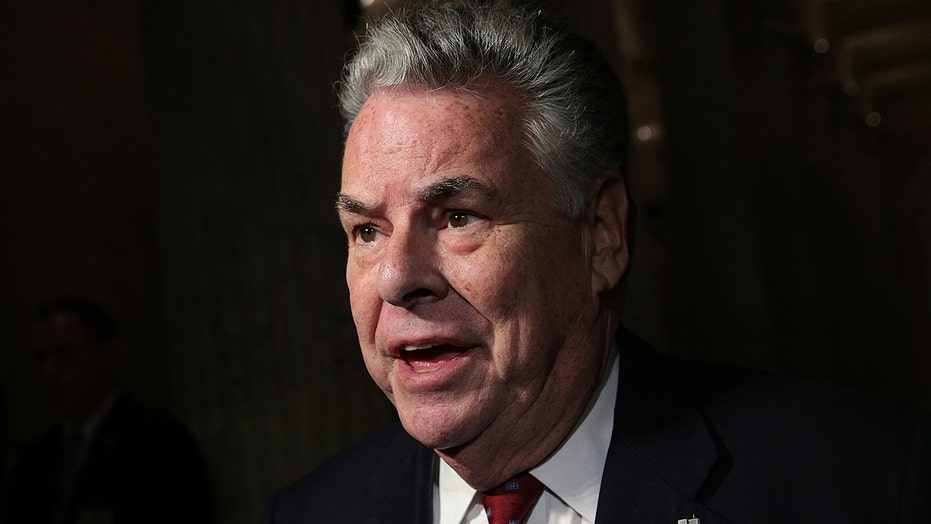 While the Republican congressman said there are lots of provisions in the bill he doesn’t like, the legislation includes $875 billion for cash for state and local governments—something King says his state needs desperately.

“I can be as much a red state person as anyone. But now we're talking about survival. And this is no place for politics. There's a lot in the bill that I disagree with, but Mitch McConnell refuses to bring up aid to state and local governments. New York will absolutely collapse if that aid money is not there,” King told Fox News.

GOP leadership has been wary of the fifth round of coronavirus relief legislation. Senate Majority Leader Mitch McConnell, R-Ky., has called for a "pause" on coronavirus legislation altogether after nearly $3 trillion has already been borrowed to aid small businesses, laid-off workers and Americans stuck at home.

Republicans like King have blasted House Speaker Nancy Pelosi, D-Calif., and Democrats for adding in provisions on illegal immigration, restrictions on ICE and absentee ballots.

“She's put in basically a progressive wish list, she's attached that to the bill and it's to keep the progressive wing of her party happy. And she's been given that opportunity because McConnell won't talk about aid to state and local governments,” King said.

King represents some of the hardest-hit districts in Long Island, New York.  Currently, Long Island has 1,231 people hospitalized for coronavirus.

“We know it’s necessary because I can tell you right now there's going to be large, large gaps in the budgets at the local level, at the state level entirely because of the coronavirus,” King said.

The House is set to hold a remote hearing to vote on the $3 trillion package later today.

“My understanding is the bill is going to pass. I'm voting for it reluctantly, but I really have no choice,” King said.

“There’s also a lot of Republicans in the Senate who do believe that aid should be given to the state and local governments. It will give them an opportunity to work with something and then they can start stripping out what they believe doesn't belong there. Send it back to a conference so we can pass it.”