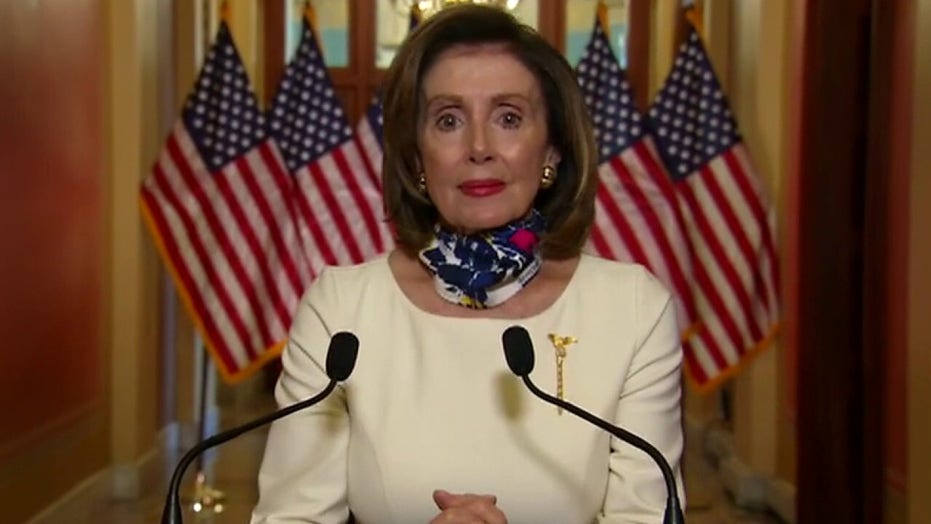 House Democrats' latest coronavirus relief proposal unveiled Tuesday includes more than $3 trillion in new spending, amounting to the biggest and most expensive aid package yet to deal with the global pandemic, Fox News has learned.

Of the more than $3 trillion package, about $1 trillion would go to state, local and tribal governments, according to three sources briefed on the proposal.

Another round of $1,200 stimulus payments also would go out to most Americans under the plan, with a maximum of $6,000 per household.

Then a flurry of aid would be allocated to struggling Americans: extending the $600 extra in weekly unemployment insurance through January, pausing student loan payments through September and creating a new $175 billion benefit that would subsidize rent and mortgage payments for Americans.

House Democrats called the legislation the HEROES Act. The text of the sprawling plan was circulated Tuesday.

House Speaker Nancy Pelosi announced the historic package in a televised address from the Capitol Tuesday where she ticked off the grave statistics of the pandemic: more than 80,000 deaths in America and 33 million Americans losing their jobs and filing for unemployment.

"We face the biggest catastrophe in our nation's history," Pelosi said.

“This is a moment when many millions of our fellow Americans are in deep suffering," Pelosi said. "We must have empathy for our heroes."

Pelosi continued: "We must also empathize with the pain of families who do not know where their next meals are coming from and how to pay next month's rent." 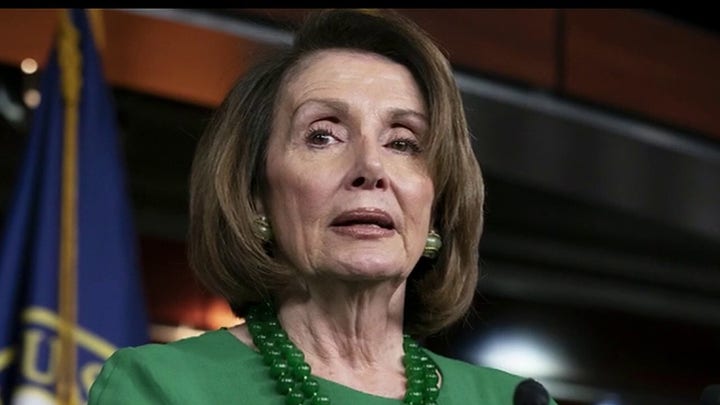 The plan calls for a new $200 billion Heroes' Fund to ensure essential workers who have put their health and safety on the line receive hazard pay during the pandemic. The legislation also directs the Occupational Safety and Health Administration (OSHA) to create new worker safety standards for employers.

But the price tag shows that Democrats have gone big -- rather, huge -- for the fifth round of coronavirus legislation. And it's a figure sure to face deep skepticism from cost-conscious lawmakers growing uncomfortable with the historic pace of massive spending legislation. The U.S. Treasury already had to borrow $3 trillion to fund the first four coronavirus spending packages that passed with bipartisan support.

Although Treasury Secretary Steven Mnuchin said he's comfortable borrowing that much money because of historically low interest rates, some Republicans are now cool to more spending -- especially another $3 trillion worth.

“I don’t think we have yet felt the urgency of acting immediately, but that time could develop, but I don't think it has yet,” Senate Majority Leader Mitch McConnell, R-Ky., said Monday.

House Republicans are deeply skeptical of the bill, in a sign Democrats may have to go it alone on this round of legislation -- and that it faces long odds in the GOP-led Senate. House GOP Leader Kevin McCarthy, R-Calif., blasted Pelosi for drafting a "liberal wish list" while Congress is still on recess. 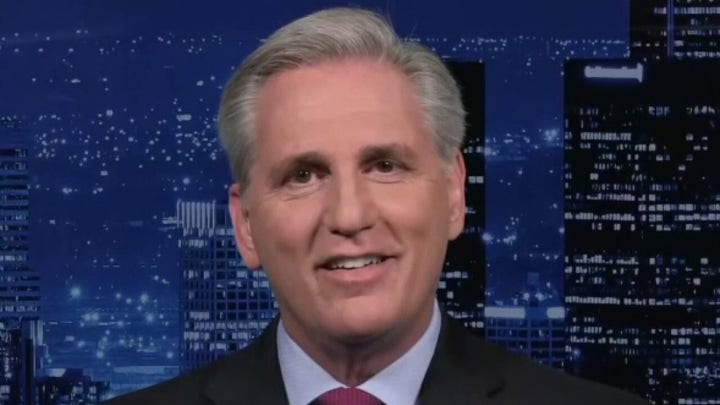 "Now she wants to write a $3 trillion bill, with no one able to see, no accountability, and no input," McCarthy told Fox News on Monday. "I mean, this is not how democracy works. This is a real concern to all of us this won't ever become law, but it'll be the wishlist of the liberals, to try to change election law, fund Planned Parenthood, and make sure sanctuary cities get the chunk of the money.”

House Majority Leader Steny Hoyer, D-Md., alerted House members who have been away on recess to return to Washington Friday. The House is scheduled to vote on the massive coronavirus legislation and a proposal to allow lawmakers to work remotely.

This plan seeks to ease some liberal concerns in the caucus and serve as an opening marker for potential negotiations with Republicans.

House leadership argues the legislation needed to be "big" to meet the needs of the American people reeling from forced economic shutdowns and widespread illness and death.

The centerpiece of the legislation will be assistance for state, local and tribal governments to help plug budget holes from coronavirus crisis spending and declining tax revenues. Democrats billed this as help for the "heroes" in the public service workforce, such as first responders, teachers and transportation workers, who are at risk for layoffs.

In a nod to progressive demands, the legislation includes rent and mortgage assistance and more direct payments, but falls short of the demands they wanted, such as $2,000 in monthly reoccurring payments.

Federal student loan payments would also be suspended through Sept. 30, 2021, with no interest accrual during that time.

House Democrats will provide $75 billion for testing and contact tracing as well as support for hospitals and health care providers.

The legislation will provide expanded food assistance to struggling families through a 15 percent increase in SNAP benefits. The legislation also funds mail-in voting, election assistance and $25 billion for the U.S. Postal Service.

The legislation extends the provisions in the forgivable loan program for small businesses known as the Paycheck Protection Program from eight weeks to 24 weeks. There's no new money for the PPP program, but $10 billion more in emergency disaster grants for small businesses.

PELOSI SAYS DEMOCRATS ARE THINKING 'BIG' FOR NEXT ROUND OF CORONAVIRUS AID, DESPITE DEBT CONCERNS FROM GOP

Hoyer alerted the House members, which have been away on recess, to return to Washington for votes on Friday on the fifth round of coronavirus legislation as well as a resolution to allow for proxy voting or virtual meetings — though Hoyer said no bipartisan agreement has been reached yet.

The House Rules Committee will meet Thursday to prepare for the Friday floor debate on the coronavirus legislation and the proxy proposal.

If the House passes this legislation it's poised to be the largest stimulus package ever. The previous record was held by the $2.2 trillion CARES Act that President Trump signed into law March 27 that included the Paycheck Protection Program for small businesses and the $1,200 in cash assistance for most Americans.

Unlike the first four rounds of coronavirus relief, this bill is already proving to be more contentious with Republicans wanting to hit the brakes on spending. The White House wanted a payroll tax cut in any new legislation and Senate Republicans want protection for businesses from lawsuits.

But neither the tax cut nor liability protection is in the House bill.

"That is not our focus nor do we think that ought to be a priority," Hoyer said of the business liability protections.

Republicans dismissed the $3 trillion bill as "aspirational" legislation with little chance of becoming law. The real cure for the economic woes will be reopening businesses and getting Americans back to work, they argue.

The Democrats' bill is nothing more than a "messaging exercise," said Sen. John Thune, R-S.D.

But Pelosi said now is not the time to pause Congress's historic relief efforts.