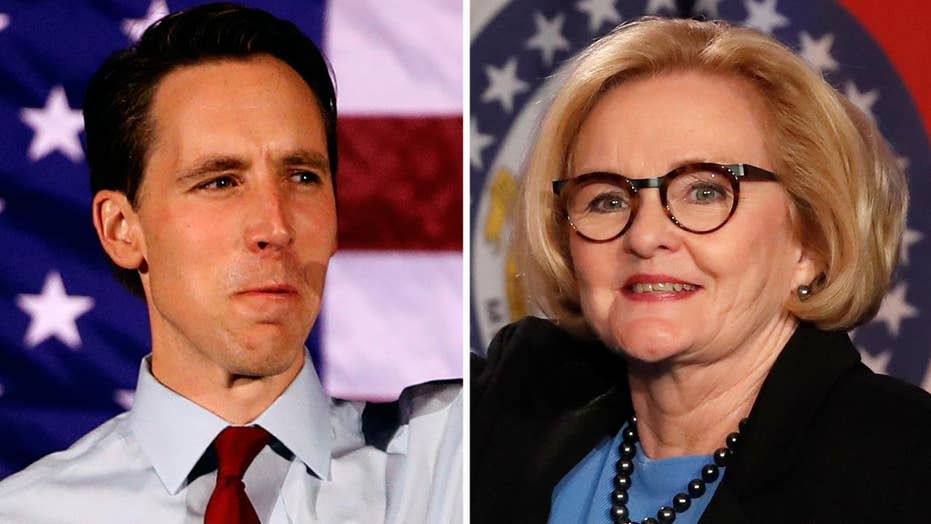 Missouri Sen. Claire McCaskill, the moderate-leaning Democrat who was defeated in this year’s midterm elections, took swipes at her own party in an exit interview aired Friday.

In blunt terms, McCaskill accused fellow Democrats of demanding ideological “purity” from candidates and suggested their “failure” to connect with rural Americans contributed to her loss to Republican Josh Hawley.

"This demand for purity, this looking down your nose at people who want to compromise, is a recipe for disaster for the Democrats," McCaskill said in an interview with National Public Radio. "Will we ever get to a majority in the Senate again, much less to 60, if we do not have some moderates in our party?”

She also complained that media outlets make political compromise difficult by encouraging people to stay in “their own bubble” and look for “affirmation not information.”

She made similar comments in a Senate Homeland Security and Governmental Affairs Committee business meeting.

"I'm really most worried going forward about this place because the middle has atrophied so badly," McCaskill said. "I remember when I first got here, where we could have easily recognized 20 members of the Senate, of both parties on an equal basis that were in the room trying to find that compromise. That has become a very dangerous thing for senators now because the base of the party is very impatient with anybody who wants to compromise."

McCaskill won two Senate elections in Missouri before losing earlier this month to Attorney General Hawley by 6 points. She was one of four Senate Democrats to lose re-election in states President Trump won.

McCaskill also criticized Republicans for not speaking out against Trump.

“I think there will be Republicans 10 years from now that will look back with regret that they did not stand up and speak out at moments that were critical,” she said on NPR.

However, McCaskill conceded that she should have spoken up more against Trump, referring to “some of the Republicans, that are my friends and colleagues in the Senate, that like me, have held their tongue.”

Lauren Lee contributed to this report.