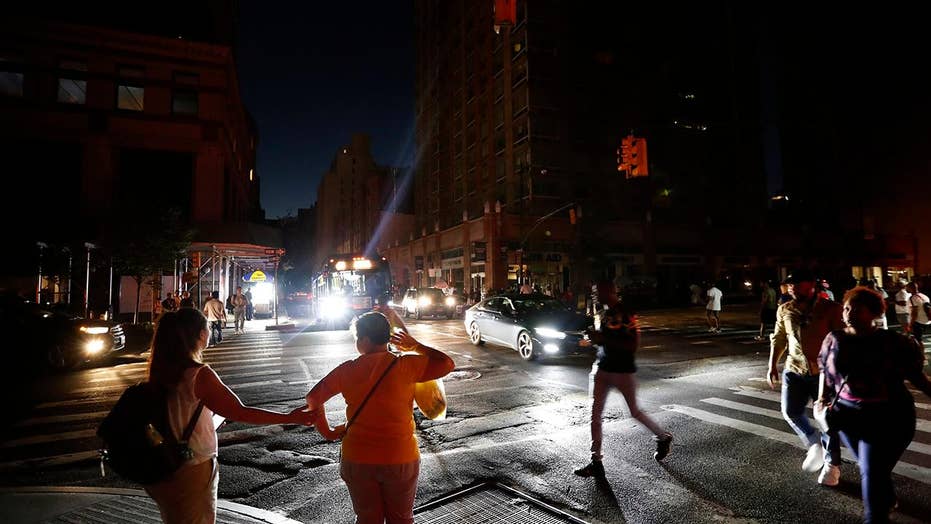 New York City Mayor Bill de Blasio dismissed criticism for being away from the city during a five-hour blackout Saturday night.

The 2020 Democratic presidential candidate was in Iowa as the event unfolded, but he stressed on MSNBC's "Morning Joe" Monday that no one was injured and authorities responded as they should have.

“When you are a chief executive it doesn’t matter where you are. You are in charge of your team and making sure people are executing the plan," he responded after Joe Scarborough mentioned the torrent of criticism.

MANHATTAN TRANSFORMER FIRE KNOCKS OUT POWER TO THOUSANDS IN MIDTOWN, UPPER WEST SIDE

“Obviously the fire department, the police department, emergency services prepare for things like this. The important thing was to get the right people in the right place. That’s why it was handled, not a single injury. ... Honestly, if you're a chief executive you understand the world differently than if you're a legislator."

He added that it had been 13 years since there was a serious blackout in New York City, promising to hold power company Con Edison's "feet to the fire."

De Blasio faced withering criticism from the local newspapers, with the New York Post calling for him to be removed from office and The New York Times also highlighting his absence.

“I can count the number of times I leave the state basically on my fingers,” Cuomo told CNN Sunday, responding to a question about the importance of the mayor being present during an emergency.

"Mayors are important. And situations like this come up, you know. And you have to be on-site,” he said.

"I think it’s important to be in a place where you can always respond. But look, everybody makes their own political judgment and I’m not going to second-guess anyone either. I do my job the way I think I should do my job and I leave it to others to do the same."

More than 70,000 customers -- plus countless tourists and other visitors -- dealt with the loss of electricity, which was later attributed to a transformer fire.