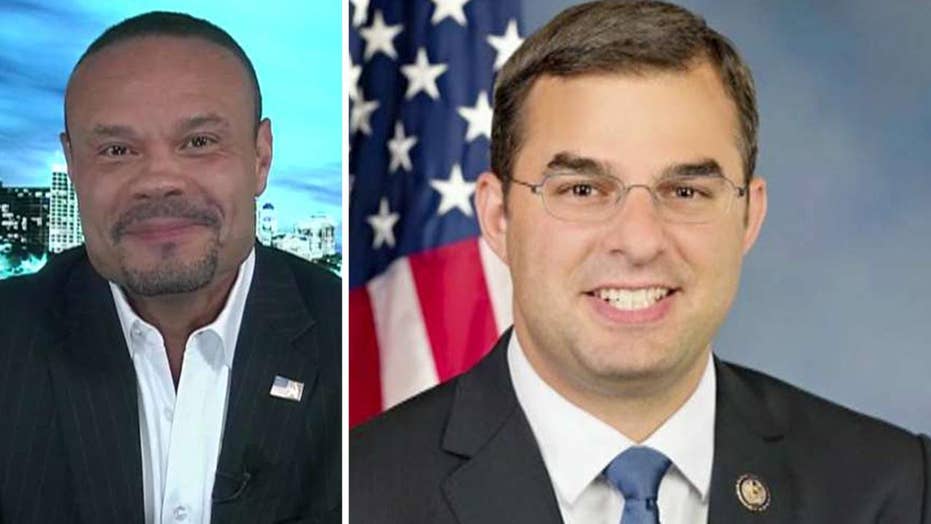 "Contrary to [Attorney General William] Barr’s portrayal, Mueller’s report reveals that President Trump engaged in specific actions and a pattern of behavior that meet the threshold for impeachment," Amash tweeted, drawing a stinging rebuke from the president.

His comments drew a strong rebuke from Trump, who criticized Amash as a "lightweight."

Responding on "Fox & Friends" Monday, Bongino said he had always been a fan of Amash's strong libertarian platform, but there is "absolutely nothing libertarian" about claiming Trump should be impeached for "fictitious" offenses.

"Justin Amash should leave the Republican Party immediately, stat, ASAP. And listen, that gives me absolutely no joy in saying that. ... I thought he was one of the more principled guys in Congress. Turns out he is the biggest phony up there right now," said Bongino, a former Secret Service agent.

He then speculated that Amash may have "bigger aspirations" and is attempting to generate headlines with his comments.

Less than 48 hours after Amash's tweets, a fellow Michigan Republican vowed to challenge him in the upcoming primary election. Bongino's comments echoed those of House Minority Leader Kevin McCarthy, R-Calif., who said Sunday on Fox News that Amash wants "attention."

"You've got to understand Justin Amash. He's been in Congress quite some time. I think he's asked one question in all the committees that he's been in. He votes more with Nancy Pelosi than he ever votes with me. It's a question whether he's even in our Republican conference as a whole," McCarthy said on "Sunday Morning Futures."