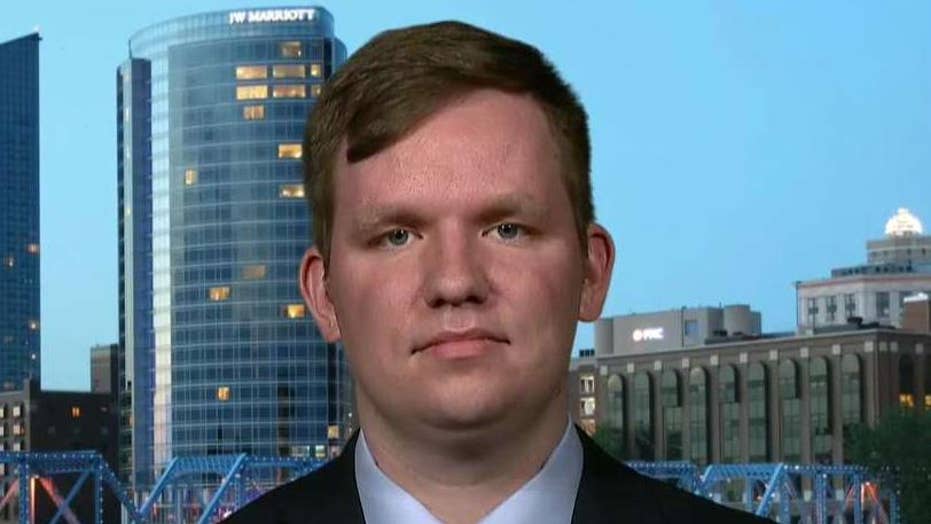 Less than 48 hours after GOP Rep. Justin Amash declared that President Trump "engaged in impeachable conduct," a fellow Republican has vowed to challenge him in the upcoming primary election.

Michigan state Rep. Jim Lower made his intentions known Monday morning, announcing that instead of seeking a third term in the state legislature, he will run against Amash for their party's nomination for the 2020 election. Amash has served as the representative for Michigan's Third District since 2011.

Fox News has reached out to both Lower and Amash's offices for comment.

Lower, who described himself as "pro-Trump," said he was already planning to challenge Amash, and was originally going to declare his candidacy on July 4. Amash's tweets against the president on Saturday inspired Lower to make the announcement sooner, he said. Lower accused Amash of siding with left-wing Democrats against Trump.

"Amash has not only failed to support President Trump as the President works to make the United States stronger and safer, he has now united with radical liberals like Democratic Congresswomen Rashida Tlaib to try and bring down our President," he said, as reported by WWMT. "He must be replaced and I am going to do it."

REP. MARK WALKER: JUSTIN AMASH IS AS MUCH A REPUBLICAN AS BERNIE SANDERS IS AN INDEPENDENT

Amash faced criticism from high-profile Republicans following his claim that Trump obstructed justice with regard to the investigation of Russian interference in the 2016 election.