SAN MARCOS, Texas (AP) – It's a refrain Ted Cruz has long used, but he's trotting it out more frequently these days — laying on the Texas charm thick for audiences in his home state, where his popularity may suddenly be on the line.

"Give me a horse, a gun and an open plain, and we can conquer the world," the Republican senator told a recent roundtable of business owners in San Marcos, one of America's fastest-growing communities, fueled by booming job markets in nearby Austin and San Antonio. "That's what our state was built on, and that's what I'm fighting for every day."

Cruz won 11 states and finished a surprising second in the GOP presidential primary, but his popularity may be slipping nationally and back in Texas after he refused to endorse Donald Trump and was booed at the Republican National Convention. Cruz did an about-face in late September and said he supported Trump, but that now looks like unfortunate political timing, coming two weeks before the release of a 2005 video in which the billionaire businessman can be heard bragging about grabbing women's genitals and kissing them without permission.

The moves by Cruz angered some establishment Texas Republicans who never fully supported him while alienating parts of his tea party base that had long since embraced Trump and wondered what took Cruz so long. Also disappointed were true-believer conservatives who liked Cruz's shunning of Trump and were sorry to see him abandon it.

Cruz isn't up for re-election until 2018 but he now may face a serious challenger in Texas' Republican primary for U.S. Senate, once unthinkable for a man seen as a rising political star in his state even before he jumped into a presidential race that raised his national profile.

"I believe that he will have a challenger," said JoAnn Fleming, who was Texas tea party chairwoman for Cruz's presidential campaign.

Fleming herself remains a strong Cruz supporter but said the senator's detractors pounced on his holding out on Trump for so long before finally coming around. "I think that that gave them a little initiative and incentive to start figuring out how they were going to try and erode his support," she said.

Republican Texas Rep. Michael McCaul, chairman of the House Homeland Security Committee, hasn't ruled out challenging Cruz in two years. One of Congress' richest members, McCaul recently called Cruz out, saying he spent "a lot of time since day one running for president." McCaul, though, has had recent missteps, including having to apologize after mistakenly suggesting in September that the Republican National Committee's data has been hacked after that happened to the Democratic National Committee.

"However the presidential election turns out, we know that a strong conservative has not been elected to the presidency," Fleming said. "The people of Texas are going to want to make sure that they have people representing them in Washington, D.C., that will represent Texas values."

Others saw Cruz's convention speech as selfishly positioning himself for a second presidential run in 2020 rather than supporting his party until then. And they're not sure his late Trump conversion was enough.

"I heard frustration," Gibson said. "But then I also heard people that were very supportive of him because he was sticking by his principles. The Republican Party has been very, very good at throwing themselves on the sword, literally, over principles."

"We worked too hard to get him there," she said of Cruz in the Senate. "A man like him doesn't come along that often."

Cruz in recent weeks has crisscrossed Texas as if he were already running for re-election — touring cotton fields, manning phone banks, encouraging voter turnout and addressing business roundtables. But he says that has more to do with helping Texas Republicans in the Nov. 8 election than his political future.

"I don't spend too much time worrying about critics. There will always be critics," he told The Associated Press. "My focus is on doing what's right for the Texans who elected me."

Long a Senate troublemaker, meanwhile, Cruz has taken steps to improve his reputation with fellow chamber Republicans, which suggests he's mending fences there ahead of a re-election run.

Among those was New Hampshire Sen. Kelly Ayotte, an outspoken critic of Cruz after he helped spark a partial government shutdown in 2013. Underscoring the awkwardness of Cruz's charm offensive, though, was Ayotte's release of a television ad that boasted of past clashes with Cruz. It came on the same day she flew to Texas to raise funds alongside him. 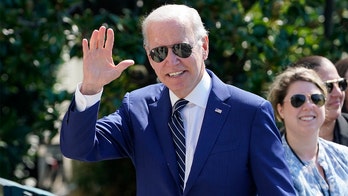 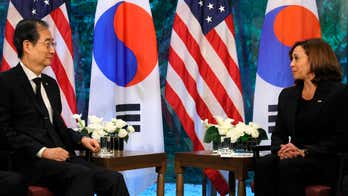 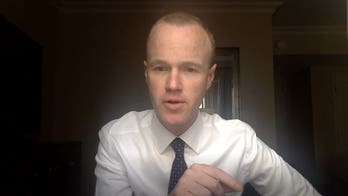 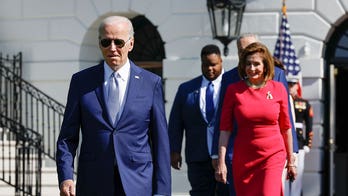