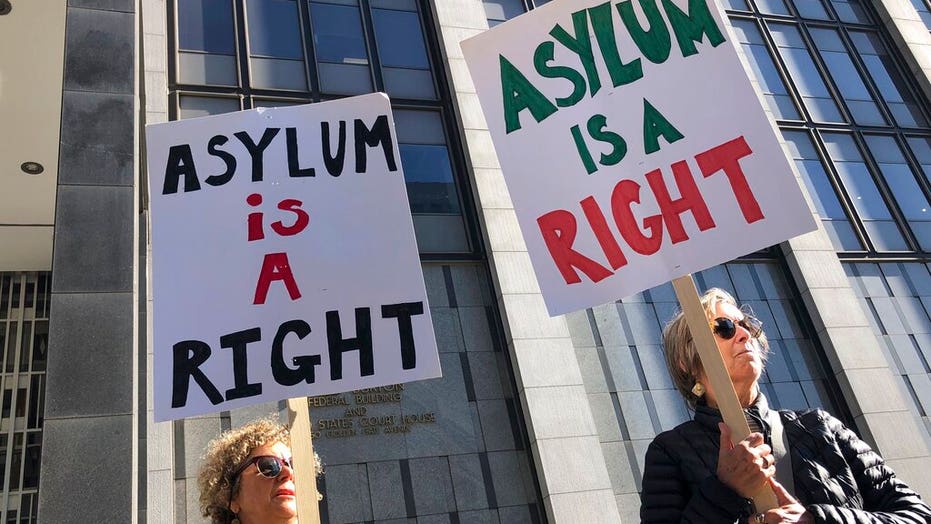 After temporarily blocking and unblocking the "Remain in Mexico" policy, a federal appeals court said it will in its own jurisdiction halt the immigration policy next week to make asylum-seekers wait in Mexico for their court hearings in the U.S.

The Ninth Circuit Court of Appeals in San Francisco said Wednesday that it would block the "Remain in Mexico" policy in Arizona and California, the two border states where its authority extends.

The judges said the policy will no longer be in effect on Mexico’s border with California and Arizona as of March 12. The three-judge panel did not extend its decision to include federal court circuits in two other border states -- New Mexico and Texas -- as it originally had last week.

The Trump administration said it is asking the Supreme Court to intervene and had asked the policy remain in place until next week for the high court to rule.

On Friday, the appeals court slapped a temporary halt on the Trump administration policy enacted to halt the flow of migrants at the southern border, formally known as the Migrant Protection Protocols (MPP). In a separate ruling Friday, the same court also blocked an administration policy that prevents immigrants who crossed the border illegally from then claiming asylum in the U.S.

Later that day, however, the same court suspended its own order after the government warned of dire consequences.

The policy, which was established in January and expanded over the summer amid greater cooperation with Mexico, returns migrants to Mexico as they await their hearings, with courtrooms set up at key border points in places such as Laredo and Brownsville, Texas. Approximately 57,000 people have been returned to Mexico under the policy.

The policy ended the “catch and release” practice, which released migrants into the interior, sometimes for years, while they awaited their cases to be processed. Critics of the MPP said it was cruel and subjected migrants to whatever violence they are fleeing outside the U.S.

“The court forcefully rejected the Trump administration’s assertion that it could strand asylum-seekers in Mexico and subject them to grave danger," American Civil Liberties Union attorney Judy Rabinovitz, who argued the appeal, said in reaction to the original ruling which would have blocked the policy entirely. "It’s time for the administration to follow the law and stop putting asylum-seekers in harm’s way.”

Officials said the process meant that cases could be heard in as little as 40 to 60 days, as opposed to the years it might take after family units were released into the U.S. Those in favor of the program said that it works better for the migrants, as it leaves them in limbo for less time, while also acting as a disincentive for Central American migrants who do not have legitimate asylum claims but might otherwise get into the U.S. by claiming “credible fear” of returning home.

Since MPP was expanded, there has been a dramatic drop in migrants coming to the border. Officials have repeatedly said the policy, along with other international agreements with Central American countries, has been a significant factor in that reduction. About 60,000 migrants had been returned to Mexico under the protocols.

The Justice Department had said Friday that at least 25,000 asylum-seekers subject to the policy are currently waiting in Mexico and expressed “massive and irreparable national-security of public-safety concerns" if it was halted.

The Justice Department said it “not only ignores the constitutional authority of Congress and the administration for a policy in effect for over a year, but also extends relief beyond the parties before the court.”