Cuomo says Trump will work with him on coronavirus test goals; reaction and analysis on 'The Five.'

President Trump and New York Gov. Andrew Cuomo met Tuesday at the White House to discuss the response to the coronavirus pandemic in the state hardest hit by the contagion, with a focus on testing.

During his daily press briefing with the White House coronavirus task force, Trump called the meeting "very productive" and said he was "proud of the relationship" his administration has forged with leaders in New York.

Cuomo echoed Trump's words during an appearance on MSNBC, saying that the meeting was productive and he and the president had a “good conversation” about ramping up testing for COVID-19 both in New York and across the country.

“We need help from federal government to make a supply chain to work on agents and test kits and we said we want to work together in New York State to take current rate of testing, about 25,000 tests a day and double that to 40,000,” Cuomo said.

Cuomo added that it was a “very aggressive goal,” but that the president has promised to help New York reach it.

Trump and Cuomo have had a love-hate relationship long before the outbreak of the coronavirus hit the United States, but the pandemic has brought their dealings into sharp relief. In recent days, Trump has admonished Cuomo to “do your job.” Cuomo, in turn, has questioned Trump’s grasp of the Constitution and suggested the president is trying to act like a “king.”

For all of that, though, Trump said Monday that “we, believe it or not, have — we get along. Okay?”

He added that Cuomo had been “very generous” with recent praise.

As Cuomo conducts briefings from New York, he has vacillated between being Trump’s foil and his unlikely ally. The two Queens natives — they grew up just a few neighborhoods apart — have traded barbs on Twitter but also consulted in late-night phone calls. 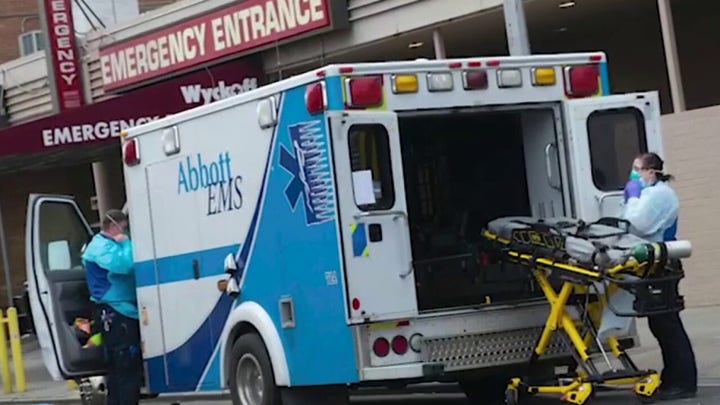 Asked if he’s had to walk a “fine line” in dealing with the president, Cuomo said: “Life is a fine line.”

Cuomo, according to aides, has deliberately used both the carrot and the stick in dealing with a president who is extremely sensitive about his media image and how governors respond to him.

At times, he has preemptively praised the president on cable news hits, trying to gently persuade him to do more. He has made a point of thanking Trump — resulting in video clips that the president has eagerly showed off in the White House briefing room in recent days.

But at other times, Cuomo has shown no hesitation to lace into the president, including during a recent monologue in which he urged Trump to stop watching television and to “get back to work” safeguarding American lives during the pandemic. 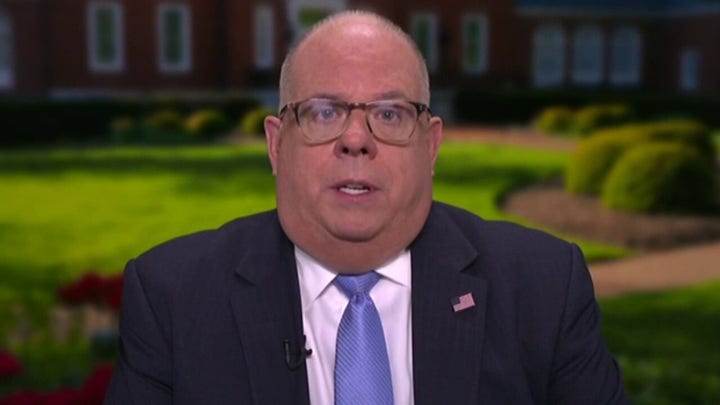 Trump often catches at least some of Cuomo’s daily briefings and has expressed annoyance to aides at the positive press that the governor has received, according to advisers. He has reveled in the bits of praise he has received from Cuomo — and other Democratic governors.

The biggest issue currently being batted about by Trump and Cuomo is testing.

Trump pushed back on Monday to criticism from governors across the country that the White House must do more to help states with testing for COVID-19 before they can ease up on stay-at-home orders – touting the number of tests already performed and saying that governors are being too dependent on the federal government for help.

“They need to take the support where they can get it,” Trump said of the governors’ pleas. “We’re here to stand with the governors.”

Trump’s messaging during his daily press briefing with the White House coronavirus task force was toned down compared to his recent tweets where he blasted state leaders on Twitter for being too reliant on federal help and accused Democrats of playing “a very dangerous political game” by insisting there is a shortage of tests for the coronavirus.

Vice President Mike Pence spoke with the nation’s governors earlier in the day in an effort to assuage their concerns and assure them government was working around-the-clock to help them ramp up testing. Trump added during the press briefing that after Pence’s call state governors “really get it now, I think.”

Public health experts, however, say the country needs to dramatically increase its testing infrastructure if it is going to safely roll back restrictions and reopen businesses without risking a major spike in infections.

Dr. Anthony Fauci, the nation's top infectious diseases expert, told ABC's “Good Morning America” Monday that the country is currently running about 1.5 million to 2 million tests per week. But, “we really need to get up to, at least, you know, maybe two times that, three times that.”