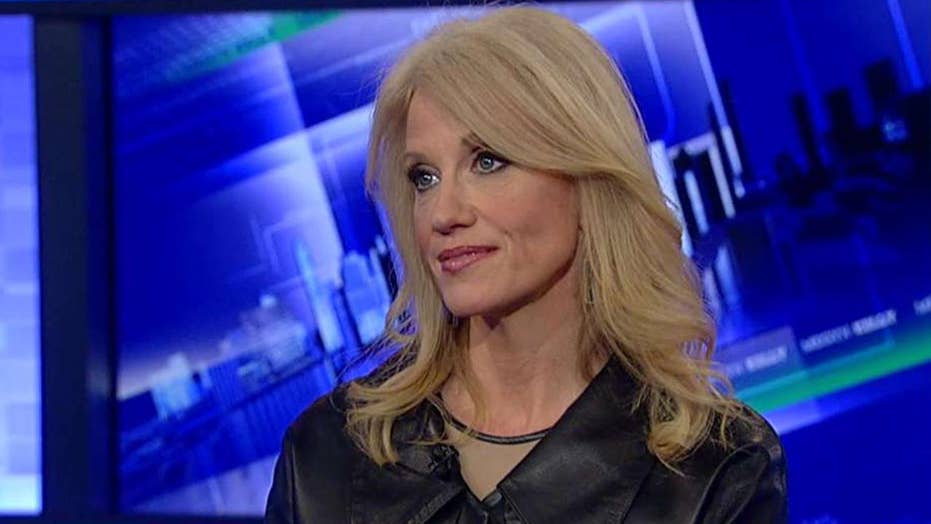 President-elect Donald Trump's campaign manager said Monday that the real estate mogul owed his victory in this month's election in part to what she called an "unprecedented avalanche of critical coverage."

Kellyanne Conway spoke to Fox News' Megyn Kelly on "The Kelly File" hours after representatives from five major TV networks, including Fox, met with the president-elect at Trump Tower in midtown Manhattan.

MEDIA BUZZ: SOME IN THE MEDIA DIG IN AGAINST 'NORMALIZING' DONALD TRUMP'

"There was a backlash against elites, backlash against those who were telling Americans what was important to them," Conway said. "This statement, this transgression, this issue; whereas if you looked at the [polls], you’d see that Americans were very focused on jobs and the economy, healthcare, immigration, terrorism. I mean, the clues to this election were right in front of us the whole time."

Conway described the media meeting as "extremely cordial, very genial," but added that some members of the press were still "fighting the last war."

"Other people are on TV, a lot of pundits are on TV, frankly everywhere, really just trying to deny him and delegitimize him," said Conway. "The campaign is over and people have spoken and [Trump] busted through a blue wall that no one expected."

"I don’t expect anyone to cheerlead for him," Conway added. "I expect us to have platforms like this, where we can fairly and effectively and respectfully come in and state the case on his behalf."