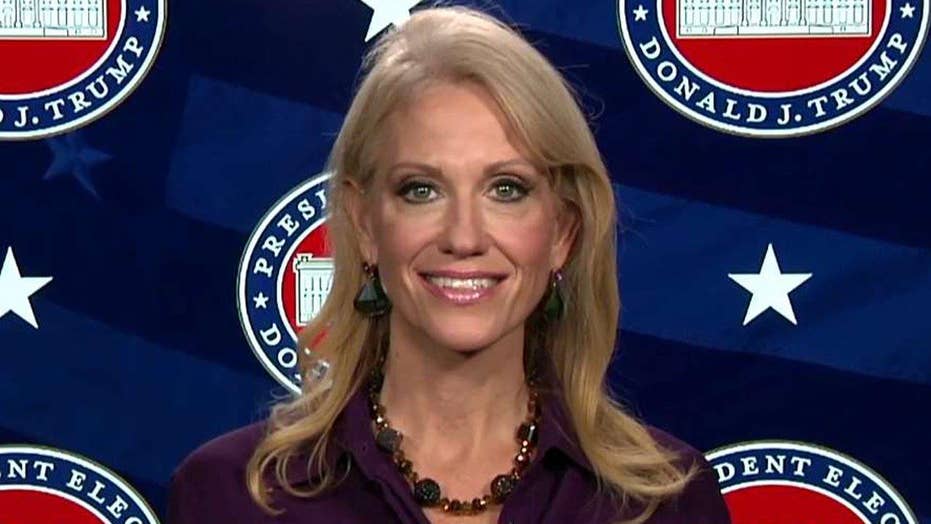 Conway spoke to Martha MacCallum on the premiere of Fox News' "The First 100 Days," an in-depth preview of the Trump presidency.

The Georgia Democrat told NBC's "Meet The Press" Sunday that he did not consider Trump to be "a legitimate president" due to alleged Russian interference in last year's election campaign.

Conway paid tribute to the Georgia Democrat as a civil rights "icon," but added that Trump "can respect Congressman Lewis’ vaunted place in our history and still defend yourself and wonder why ... he has to say that about your election."

"He thinks that both sides were a little in the heat of the moment on [the Lewis issue], and that moving forward, we have to work to solve the problems of our nation, something you will hear as a theme from Donald Trump this week," Conway said, "and you will know from moment one of his presidency he’s a man of action."