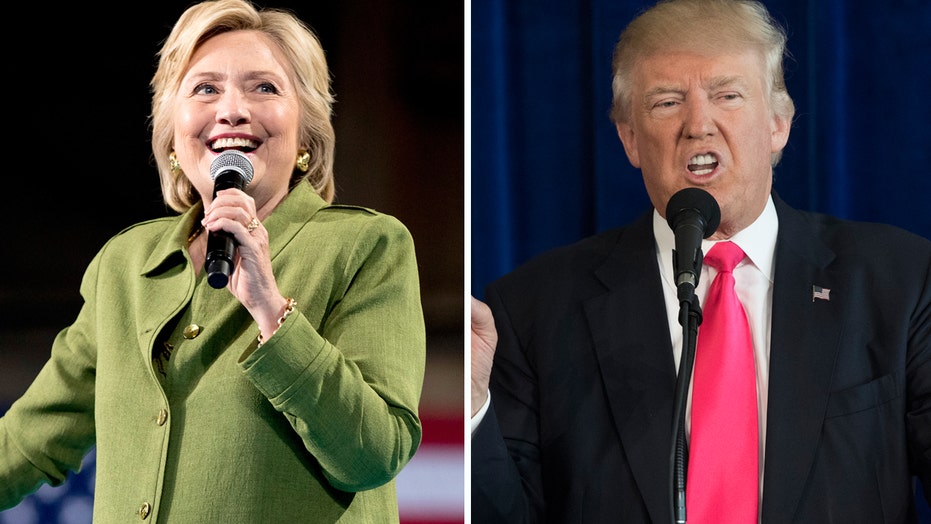 PHILADELPHIA – Democrats know the importance of Pennsylvania in their quest to elect Hillary Clinton over Donald Trump, having won the state in six straight presidential races.

But as they close out their convention Thursday in this state’s largest city, picked with the White House in mind, Trump and his populist message appear to be making inroads with working-class voters across the Pennsylvania battleground.

“This is consistent with his strategy of doing well in Rust Belt states, or at least well enough to cover the purple states that will almost certainly go blue, considering the kind of campaign he’s running,” Caleb Burns, a Republican strategist and partner in the Washington law firm Wiley Rein, told FoxNews.com on Thursday.

He noted that Clinton, the Democratic presidential nominee, had the labor and blue-collar vote in her corner in her failed 2008 presidential primary bid.

“It will be interesting to see if Clinton can hold off Trump in the Rust Belt by going back to the blue-collar vote. If she can, it will be extremely difficult for Trump to find a path to victory,” Burns said.

He spoke just hours before Pennsylvania Gov. Tom Wolf was set to give a closing-night speech at the convention, and presumably try to nudge home-state voters toward Clinton, inside the Wells Fargo Center in south Philadelphia.

Trump, the Republican nominee, has made several campaign stops in Pennsylvania in recent months.

“Many companies are leaving,” Trump said at a rally last month in Moon Township, west of Pittsburgh, near the West Virginia border.

“Pittsburgh got wiped out,” Trump told the enthusiastic crowd. “Manufacturing is down. Steel is down. Maybe I’m old fashioned, but I love steel. Hillary … wants to put coal miners out of business. And it’s not just Pittsburgh. We love Philadelphia, too.”

Trump won four of the five so-called Rust Belt states in the primary, named as such because their populations and economies have dwindled for generations as the country’s manufacturing sector shrinks as a result of changing technology and jobs being shipped overseas.

The only state Trump lost was Ohio, won by primary rival and Gov. John Kasich. And his decisive May 3 victory in Indiana was essentially the last stand for the Never Trump effort.

Neither of the campaigns would comment for this report.

Trump this election cycle is essentially deadlocked with Clinton in Pennsylvania, according to recent Quinnipiac University polls, though an NBC survey released July 13 shows him trailing by 9 percentage points.

To win over the blue-collar vote, Trump must also make inroads with labor unions, which for decades have backed Democratic candidates and helped them get voters to the polls.

The AFL-CIO -- with roughly 12.5 million members, making it the country’s biggest and arguably most influential labor union -- last month endorsed Clinton, while making clear its opposition to Trump.

"We will run a sophisticated, targeted ground campaign,” union President Richard Trumka said. “And with the dire consequences Donald Trump poses for America’s working families, it has to be."

Still, not everybody appears willing to go along with the Big Labor endorsement.

“I don’t agree with the bullsh-t politics these guys [in the Democratic Party] are portraying,” he said. “They act like they’re doing something for us, and they’re not. They’re bending over backward for all the wrong reasons. … Almost every major city has been run Democratically, and they’re all broke.”

The publication also reported that roughly 128,000 voters -- including nearly 85,000 Democrats -- switched their affiliation to the Republican Party, in just the first three months of this year.

Among them were 5,000 voters in Philadelphia, the Republican City Committee told Heat Street.

Douglas Smith, a Democratic strategist and partner at Kent Strategies, seemed optimistic Thursday about Clinton carrying Pennsylvania but also argued that a loss in the swing state wouldn’t be as dire for her as it would be for Trump.

“It’s always nice to have options,” he said. “Hillary does, and Trump doesn’t.”

He thinks the race will come down to the swing states of Florida, Ohio, Pennsylvania and Virginia.