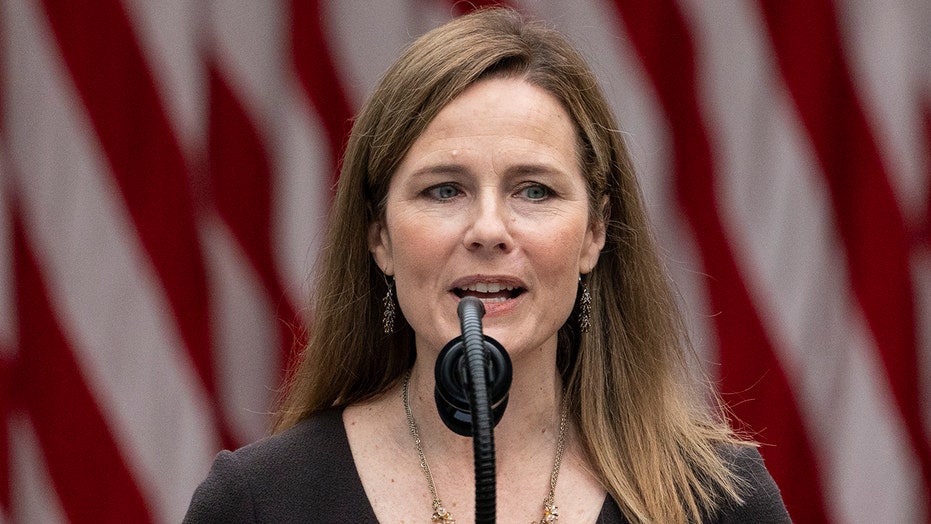 Democrats call on Judge Barrett to recuse herself

A conservative group is releasing a pledge for Senate Democrats that they will not attack Judge Amy Coney Barrett, President Trump's Supreme Court nominee, on her religion during the upcoming Senate Judiciary Committee hearings set to start Oct. 12.

The pledge references Article VI of the Constitution, which explicitly bars any religious tests for office in the federal government. It is highly unlikely to be signed by any of the Democrats on the committee and meant instead to highlight some past comments made by Senate Democrats that conservatives view as out of bounds or even bigoted. The effort is organized by the Article III Project, a group dedicated to backing the confirmation of Trump-nominated judges.

"The Constitution guarantees the right to free exercise of religion and bars all religious tests for federal office,” Mike Davis, the founder of the Article III Project, said. “Over the past several years of confirmation hearings, Senate Judiciary Democrats Dianne Feinstein, Kamala Harris, Dick Durbin, and Mazie Hirono have clearly demonstrated that the anti-Catholic bigotry lives loudly within them. That is unacceptable, unconstitutional, and we challenge every Democrat on the Committee to sign the Article VI pledge and refrain from any and all attacks on Judge Amy Coney Barrett’s Catholicism."

Durbin asked Barrett: "Do you consider yourself an orthodox Catholic?"

"The dogma lives loudly within you, and that's of concern," Feinstein said.

Those comments by the senators made Barrett a star on the right, and then-White House counsel Don McGahn even got coffee mugs stamped with the Feinstein quote for White House staffers, according to RealClearPolitics.

"I, _______________________, along with my staff, hereby pledge to respect the clear text and full spirit of the First Amendment’s guarantee of free exercise of religion, as well as the prohibition on religious tests in Article VI of the United States Constitution, at all times before, during, and after Judge Amy Coney Barrett’s Supreme Court confirmation hearing," the Article III Project pledge reads. "Further, neither I nor my staff will direct or participate in any attacks, veiled or explicit, on Judge Barrett’s faith, whether at the hearing or in the press, either on the record, on background, or off the record." 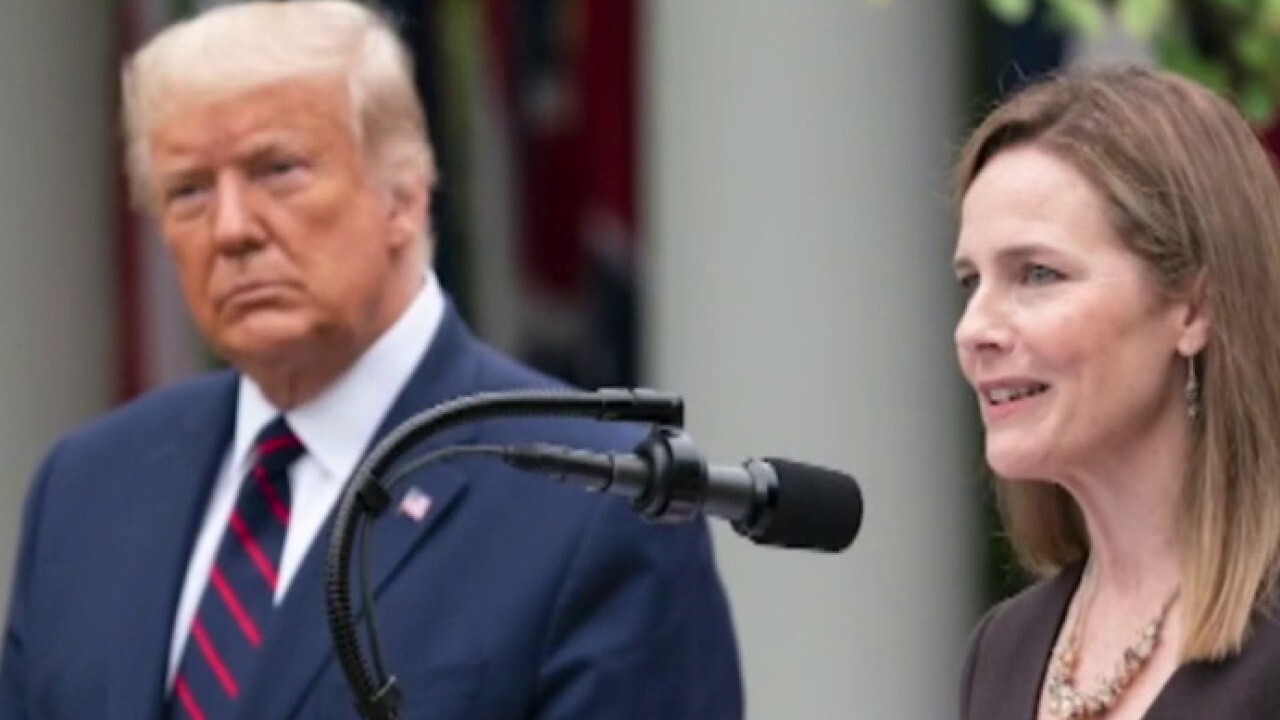 KLOBUCHAR CALLS ON SENATE TO DELAY BARRETT CONFIRMATION: 'BETTER FOR SAFETY, BETTER FOR THE COUNTRY'

But this time around  Democrats, led by Senate Minority Leader Chuck Schumer, D-N.Y., are going out of their way not to bring up Barrett's religion after her previous confirmation gave Republicans viral sound bites like the "dogma lives loudly" comment from  Feinstein. Instead, they are drilling down on Barrett's perceived views on the Affordable Care Act (ACA) and its constitutionality.

"Health care is the most important issue on the ballot to Americans and as Americans learn Judge Barrett's views on health care and so many other issues, she will become less and less popular, and hopefully they will call their senators and say 'don't vote for someone who will take away my health care,'" Schumer said in a press conference the same evening Trump announced Barrett's nomination.

"A vote for Judge Amy Coney Barrett is a vote to eliminate health care for millions in the middle of a pandemic," he added in a tweet.

Schumer has doubled and tripled down on the health care messaging since Barrett was nominated. Last week he even forced a vote on a bill that would bar the Department of Justice (DOJ) from arguing against the ACA's constitutionality, essentially requiring Republican senators to go on the record voting against the law, also known as Obamacare. Six Republicans, including multiple senators who are in tough reelection fights, broke the party line and voted "yea" on a procedural vote on Schumer's bill.

But Schumer's disciplined messaging has not carried over to all of the Democratic movement or even his entire caucus, as Sen. Maize Hirono, D-Hawaii, has gone off-script multiple times when asked about Barrett's religion.

"No," Hirono said in response to a question last month about whether Barrett's faith would be off-limits, according to CNN. "Look, it wasn't her religious views -- it's anybody's views that they bring to their decision making...So they keep telling us that none of the things they wrote or said yesterday should infringe on their decision, but how can we be assured that they can be objective? ... Why should we say you get a lifetime appointment so that you can reflect your ideological agenda in your decision-making?"

"Her faith is irrelevant, but what is relevant is, what the real issue is, whether her closely held views can be separated from her ability to make objective fair decisions with her lifetime appointment," Hirono said in response to a reporter after a press conference last week.

"It comes up, if at all, in the context of her closely held views," Hirono added after the reporter followed up, asking whether Barrett's faith should be discussed at her hearings.

Barrett has said repeatedly that a judge should not let her personal faith interfere with the discharge of her legal duties.

The emphasis among Democrats on avoiding mentioning Barrett's Catholicism is so pervasive that the ACA messaging has completely overtaken concerns that Barrett would overrule Roe v. Wade, the Supreme Court precedent that prevents states from banning abortion.

The confirmation effort for Barrett has also been thrown into question by the positive coronavirus tests by three Republican senators, including Sens. Mike Lee, R-Utah, and Thom Tillis, R-N.C., on the Judiciary Committee. Republicans have said they will move "full speed ahead" on the Barrett confirmation, including with potentially virtual hearings. But if the senators do not quickly recover GOP numbers for a Senate floor confirmation vote could be jeopardized.

Republicans hold a 53-47 majority in the Senate, and two of their members have already opposed moving forward with Barrett's confirmation before the election. Sen. Tom Cotton, R-Ark., said on Fox News' "Sunday Morning Futures" that he's "confident" every Republican senator whose vote is needed will be there for a Barrett floor vote. 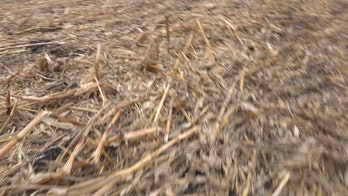