After months of tense debate among state officials, the conversation moves from the abstract to the tangible. Some gun stores are already stocking the smaller magazines to comply with the 15-round limit. Meanwhile, in the coming months the public will see how the expansion of background checks to private and online sales will work. It's an area where there are still many unanswered questions.

Relatives of those killed in shooting rampages that rattled the nation last year are optimistic that the laws will have a long-term impact, but they urged patience.

"Nothing is going to happen overnight," said Tom Sullivan, whose son Alex, was among the 12 slain while watching the latest Batman movie in a suburban Denver theater on July 20. Dozens more were wounded.

The theater shootings, along with the massacre at a Newtown, Conn., elementary school became a turning point for stricter gun laws in Colorado - a politically moderate state with large swaths of rural areas where owning a gun is no more surprising than owning a car. But Colorado was the only state outside of the East Coast where lawmakers succeeded in passing new firearm restrictions, and the state became a focus as the White House made an unsuccessful attempt to urge Congress to pass new laws.

Colorado gun-shop owners are not convinced that banning larger magazines will make a difference, saying they can still be obtained illegally. The limit will also ban certain handguns and rifles as a result because some come with magazines that exceed 15 rounds.

"This is a very poorly thought-out, irrational law. And the shame of it is it's not going to stop one criminal from doing harm to anybody," said Paul Paradis, owner of Paradise Sales in Colorado Springs. Paradis said most of the magazines that will be banned soon have already been sold out at his store.

Others are seeing the same rush.

"Everyone's like, 'Oh my gosh, it's happening Monday.' We have a lot guys running in and grabbing whatever they can," said Chris Burnett, the manager at Rocky Mountain Pawn & Gun in Durango.

But it's not as much of a rush as it was right after Newtown, he said. Still, gun rights advocates were launching a final hurrah in the days before the magazine limits take effect. Magpul Industries, a Colorado-based magazine maker, was selling off its remaining magazines and giving free 30-round magazines to the first 1,500 attendees at a Saturday sale in the Denver suburb of Glendale.

The company, one of the nation's largest magazine manufacturers, is in the process of relocating because of the new law, despite assurances from Democrats that in can continue to operate in Colorado as long as none of its larger magazines were sold to private citizens. The company hasn't said where it will move.

While Paradis is complying with the new magazine limits, the expansion of background checks raises some issues for him and other store owners.

He'll still do the checks for customers who buy firearms at his store because it's figured into his business costs. But he said he'll turn away those who show up at his store for a background check to sell a gun to someone else. In addition for the actual cost of a check - about $10 - the law says gun shops can't charge a service fee of more than $10 for those private sales. Business owners say they can't afford to do that.

Gun dealers are not mandated by law to do the checks on private sales, but it's the responsibility of a private seller to arrange the check through a dealer before transferring a firearm.

It's unclear what the Colorado Bureau of Investigation, which actually conducts the checks, will do in cases where a gun store refuses to arrange a background check for private sales, said spokeswoman Susan Medina.

"That's something we're going to have to evaluate as we move forward," she said. For now, CBI is adding more staff to prepare for a possible increase in the background checks, and to deal with what's been a surge in the number of requests in recent months.

At the same time, Colorado sheriffs are taking the state to court with a lawsuit aiming to strike the universal background checks and the magazine limits. The next court date is July 10, in which sheriffs' attorneys will seek to temporarily block the magazine law while the lawsuit proceeds.

In the lawsuit, the sheriffs argue ammunition magazines can be converted to hold more rounds than the law allows and that the legislation doesn't provide enough safeguards to prevent people from inadvertently breaking the law. They also argue it will be difficult for private citizens to comply with the expanded background checks.

Democratic Gov. John Hickenlooper and Republican Attorney General John Suthers have issued written guidance on the magazine limits. Suthers said magazines can't be defined as "large capacity" simply because it can be modified to include more.

However, Republicans have not been reassured, and none voted for the new laws.

As the debate continues, the new laws have provided some hope to the relatives of the victims who moved lawmakers into action this year. For Sullivan, the laws are a first step, he said, so that "the situation that happened to my family doesn't happen to other families here in Colorado." 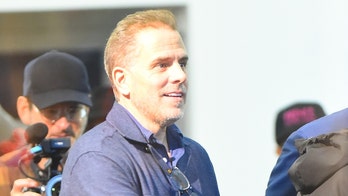 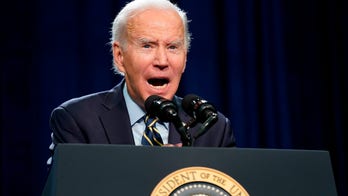