BOGOTA, Colombia – Just hours after guerrillas killed 13 soldiers in an ambush on Saturday, Colombia's government announced that peace talks with the last major rebel army in Latin America were resuming.

The chief government negotiator said both sides would be back at the table on Monday morning.

The Revolutionary Armed Forces of Colombia, or FARC, had announced a temporary freeze Friday over President Juan Manuel Santos' refusal to agree to a constitutional assembly and rewrite if a peace pact is struck.

That followed Santos' Thursday announcement that he was asking Congress to schedule a referendum for next year, to coincide with national elections, on a peace agreement should it be attained.

A presidential vote is set for May and Santos has until November to declare whether he'll seek re-election. His hopes to have reached an agreement by then have been dashed by slow progress.

On just one item on the six-point agenda in the talks that opened in Havana in November has any sort of agreement been announced — on agrarian reform — though details have not been released.

Chief government negotiators Humberto de la Calle told reporters Saturday evening that the FARC had "decided to return to the table on Monday at 8:30 a.m. to continue the deliberations normally."

Earlier in the day, a FARC column killed 13 soldiers in Arauca, an oil-producing state on the Venezuelan border, the military said. Santos tweeted his condolences.

The talks are focused now on political rights for the rebels in a post-conflict nation — including the insurgents' insistence that none of them go to jail.

The FARC has this month demanded seats in Congress and its own news media. But it also for the first time acknowledged shared responsibility for the country's suffering — and a willingness to make amends to the victims.

De la Calle referenced the gesture, which the FARC made last week.

"It is a topic very important to us, and so all that into account we are returning to Havana" to continue the talks, he told reporters.

Each side has dealt the other dozens of combat losses since the talks began. Santos was unwilling to grant the FARC a cease-fire after years of wearing it down managing Colombia's U.S.-backed military as defense minister.

Since winning election 2010, that military has killed what were at the time the FARC's top two commanders. 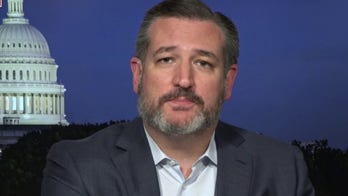