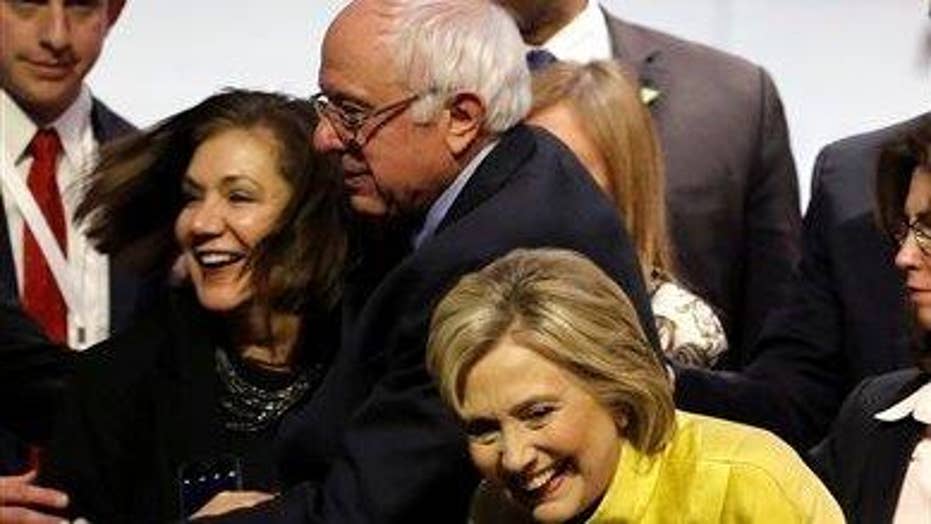 Sanders and Clinton battle it out for Nevada

Hillary Clinton ratcheted up Democrats’ criticism of Senate Republicans in the debate over filling the Supreme Court’s sudden vacancy, suggesting Tuesday that those calling on President Obama not to nominate someone are motivated by race.

Republicans fired back on Wednesday, calling Clinton's comments a "new low" in the debate.

The Democratic presidential candidate had accused Republicans of talking in “coded racial language” during remarks in Harlem, tying that to the ongoing battle over who should replace the late Justice Antonin Scalia – and who should nominate that replacement.

Many Republicans want Obama to defer to the next president to name a successor; Obama has rejected those calls and plans to nominate a replacement, he says, “in due time.”

Clinton, speaking about race issues in Harlem on Tuesday, lit into Republicans over their position.

“Now the Republicans say they’ll reject anyone President Obama nominates, no matter how qualified. Some are even saying he doesn’t have the right to nominate anyone. As if somehow he’s not the real president,” she said.

“You know, that’s in keeping with what we’ve heard all along, isn’t it? Many Republicans talk in coded racial language about takers and losers. They demonize President Obama and encourage the ugliest impulses of the paranoid fringe. This kind of hatred and bigotry has no place in our politics or our country.”

The conservative Newsbusters accused Clinton of playing the “race card.”

The Republican National Committee challenged Clinton’s comments on Wednesday, saying the debate is about the American people “having a say” and not about the president or the nominee.

“Hillary Clinton and President Obama set the standard for obstructing Supreme Court justices, by voting against Roberts and filibustering Alito. Invoking race to sweep her own hypocrisy on this matter under the rug is a new low,” RNC Director of Black Media Orlando Watson said in a statement.

Clinton’s comments come as she and Vermont Sen. Bernie Sanders battle for support from minority voters, ahead of the South Carolina Democratic primary.

In that same speech, Clinton took some implicit shots at Sanders, suggesting he only recently started paying attention to race issues. She said candidates “can't just start building relationships a few weeks before the vote."

Sanders, though, has been meeting with black leaders and discussing race issues frequently on the campaign trail and on the debate stage.