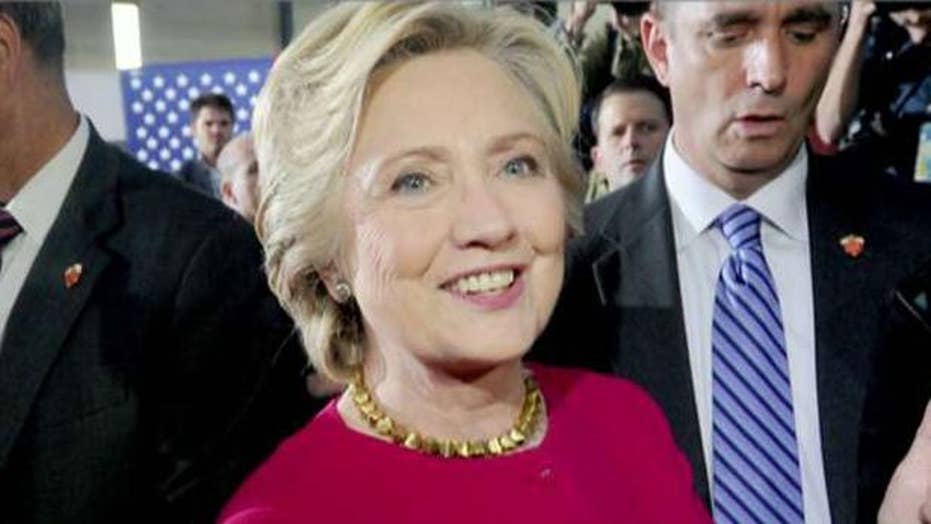 Clinton has new excuses for election loss in new book

Hillary Clinton, in her new campaign memoir, scolds female supporters who later apologized to her for not voting last November, saying she can't offer "absolution" and they must "live with the consequences" of their decisions.

In her book, “What Happened,” which was released Tuesday, Clinton marvels at the success of the Women’s March on Jan. 21, the day following President Trump’s inauguration.

“Yet I couldn’t help but ask where those feelings of solidarity, outrage, and passion had been during the election,” she writes.

She goes on to discuss the “more than two dozen women – of all ages, but mostly in their twenties,” who had approached her in the weeks and months after the election to “apologize for not voting or not doing more to help” with her campaign.

“I responded with forced smiles and tight nods. On one occasion, an older woman dragged her adult daughter by the arm to come talk to me and ordered her to apologize for not voting—which she did, head bowed in contrition,” Clinton writes. “I wanted to stare her right in her eyes and say, ‘You didn’t vote? How could you not vote?! You abdicated your responsibility as a citizen at the worst possible time! And now you want me to make you feel better?’ Of course, I didn’t say any of that.”

She adds: “These people were looking for absolution that I just couldn’t give. We all have to live with the consequences of our decisions.”

Clinton has listed a slew of factors that contributed to her 2016 failed presidential run, including voter ID laws, former FBI Director James Comey, and Russia. She has taken some blame, but when asked on NBC’s “Today" on Wednesday whether she felt she made enough mistakes on her own to lose the election, she said no.

“I will say no, Matt,” Clinton responded to Matt Lauer. “This book has a lot of behind the scenes looks at what it’s like to run for president, particularly as a woman.”