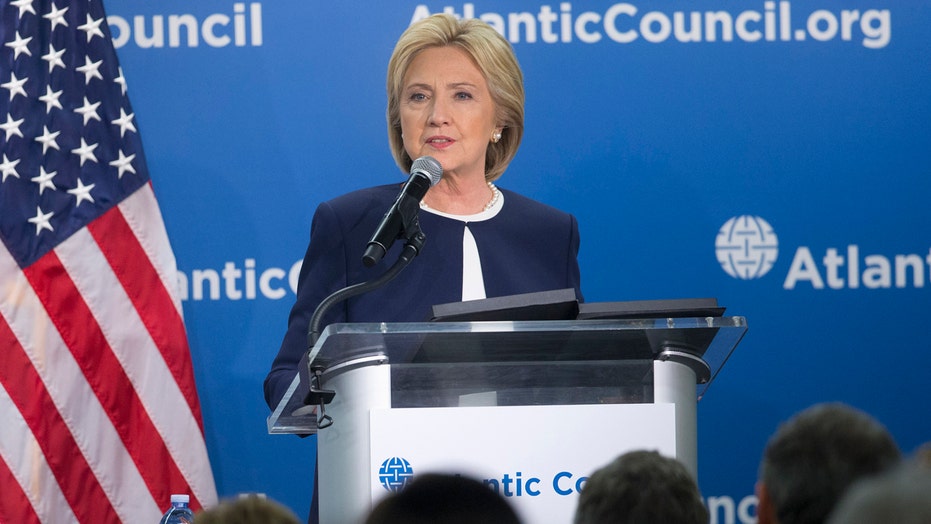 As the number of classified Hillary Clinton emails grew to nearly 1,000, they also reveal how freely she and her staff shared information on the Benghazi attacks, including confirming the death of Ambassador Chris Stevens – and even celebrating her controversial hearing appearance where she asked, “What difference, at this point, does it make” what led to the attacks.

The emails were part of the largest release yet of Clinton documents from the State Department.

That alone drew outrage from Republicans, with the RNC saying the sheer number of emails with classified material “underscores the degree to which Hillary Clinton jeopardized our national security and has tried to mislead the American people."

But the document dump also potentially creates more problems for Clinton in her attempt to move past the fallout from the Benghazi attacks.

Notably, the emails show her aides congratulating her after her initial January 2013 testimony on the attacks before Congress. During that hearing, she got into a dispute with Sen. Ron Johnson, R-Wis., over the conflicting narratives about the motivation for the attack and what preceded it – the State Department had come under fire for initially pointing to a protest over an anti-Islam film. Clinton told Johnson, expressively, “what difference, at this point, does it make?”

During and after the hearing, aides forwarded Clinton congratulatory messages.

"I'm being flooded with emails about how you rocked," deputy chief of staff Huma Abedin wrote. "And you looked fabulous." One supporter wrote a message with the subject line: "twitterverse abuzz with Hillary-kvelling," using the Yiddish word for gushing praise.

Later, though, political consultant Mark Penn sent an email to Clinton gently suggesting that perhaps it wasn't wise to lose her temper in the hearing. Penn suggested Republicans could use that moment as evidence that they had rattled her.

"Give Me A Break. You did not look rattled. You looked real. There's a difference. A big one."

The emails from September 2012 also show her and her staff scrambling to respond the night of the attacks and later calibrating their public response.

On the night of the attacks, the communications show Clinton notifying top advisers of confirmation from the Libyans that then-Ambassador Stevens had died.

Early the next morning, Chief of Staff Cheryl Mills tells Clinton they “recovered both bodies” and were looking to get out a statement; Sean Smith, information management officer, was the other State Department employee killed that night.

After a controversy erupted over claims the attack was “spontaneous,” aide Jake Sullivan wrote to Clinton to assure her, “You never said spontaneous or characterized the motives. In fact you were careful in your first statement to say we were assessing motive and method. The way you treated the video in the Libya context was to say that some sought to *justify* the attack on that basis.”

Further, the emails show that shortly before 9 p.m. on Sept. 11, 2012, Clinton sent an email asking her daughter to call her at her office about the attack on the U.S. consulate in Benghazi, Libya. The email was addressed to an account under the name "Diane Reynolds," an alias Chelsea Clinton used for personal messages.

"Two of our officers were killed in Benghazi by an al-Qaida-like group: The Ambassador, whom I handpicked, and a young communications officer on temporary duty w(ith) a wife and two young children," Hillary Clinton later wrote to her daughter. "Very hard day and I fear more of the same tomorrow."

In October, that email was trumpeted by Republicans on the House Benghazi committee as evidence that Clinton knew very quickly the attack on the consulate was the work of Islamic terrorists, not a spontaneous street protest triggered by the release of a video considered an insult to the Prophet Mohammed.

Another exchange from early 2013 shows retired diplomat James Jeffrey appearing to do damage control over a Washington Post piece from him titled, “How to Prevent the Next Benghazi.”

Jeffrey starts the conversation by warning Mills he’d been contacted by the Post regarding his views and reluctantly agreed to comply. He warns it would be posted and “you may see this piece as critical of expeditionary diplomacy. It's not; I've risked my life practicing it. But having lost over 100 personnel KIA and WIA (and two ARBs judging me) in my time in Iraq (and a son going back to Afghanistan on Department assignment this summer) I feel very strongly that we have to be prudent. If the media ask me if there is any daylight between me and you all I will cite the Pickering Mullen ARB and the Secretary's testimony and say absolutely not.”

Forwarding the article, he adds, “(Title is not what I gave them and stupid as I state explicitly at the end that being in Benghazi was the right policy call).”