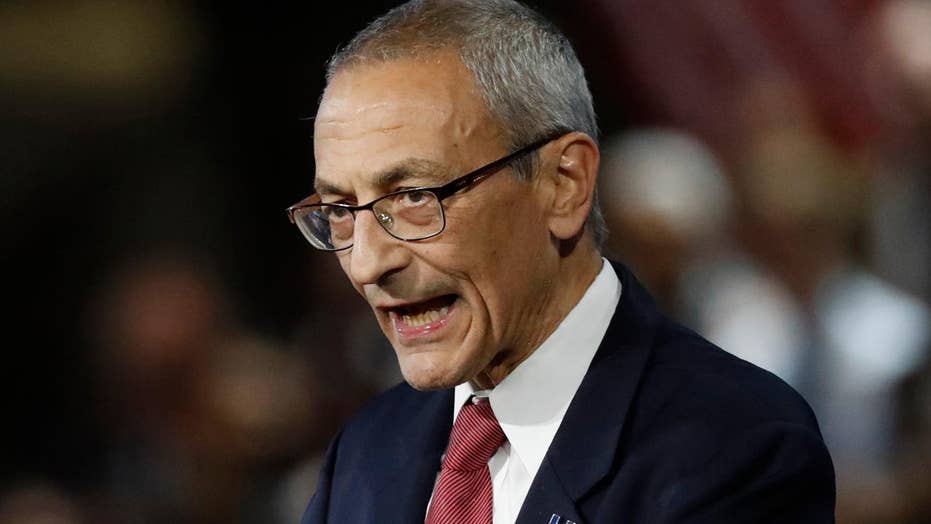 Podesta: There are forces in FBI that wanted Clinton to lose

John Podesta, Hillary Clinton’s 2016 presidential campaign chairman, on Tuesday continued to blame Russia, fake news, FBI probes and alt-right websites for the Democratic nominee’s loss to Donald Trump, saying they created a “swirl” of problems that “dogged us through the campaign.”

Podesta spoke during a live-streamed Washington Post interview roughly seven months after Trump upset the front-running Clinton. He was a central figure in the crosscurrents facing the Clinton campaign in the final weeks of the race, as emails hacked from Podesta’s personal account were published by WikiLeaks.

Clinton has since partly blamed Wikileaks and Russian meddling –along with the FBI’s late decision to revisit its investigation into her personal email use as secretary of state – for her loss.

Podesta echoed that message on Tuesday, and further argued that so-called fake news and alt-right sites combined to create an “undertow” and “echo system that really pushed that information out.”

Podesta’s personal email account being hacked indeed dominated much of the news and created problems for the campaign getting out its message.

Podesta on Tuesday also acknowledged that Clinton’s use of a private email system while secretary of state hurt the campaign. Outside the Clinton campaign itself, a number of Democratic analysts have said Clinton – a former senator, first lady and 2008 presidential candidate – represented the establishment wing of the party and failed to connect with working-class voters.

As for the email leaks, Podesta argued that Russia originally intended to “undermine the Democratic process, then saw the value of helping Trump.”

He argued the U.S. intelligence community already has concluded the meddling favored Trump and that the situation is clear, considering “Trump adopted much of [Russian President Vladimir] Putin’s foreign policy, including undermining NATO.”

Podesta warned that Russia meddling is an international concern, considering similar evidence has surfaced in France during that country’s recent elections and elsewhere in Europe.

“This is a global phenomenon,” he said. “It should be of concern to [everyone], not just Clinton supporters.”

Podesta, a chief of staff for former President Bill Clinton, also called Trump a “bully who kicks around people who try to stand up to him” and said his administration will remain in turmoil until he puts the right people in place.