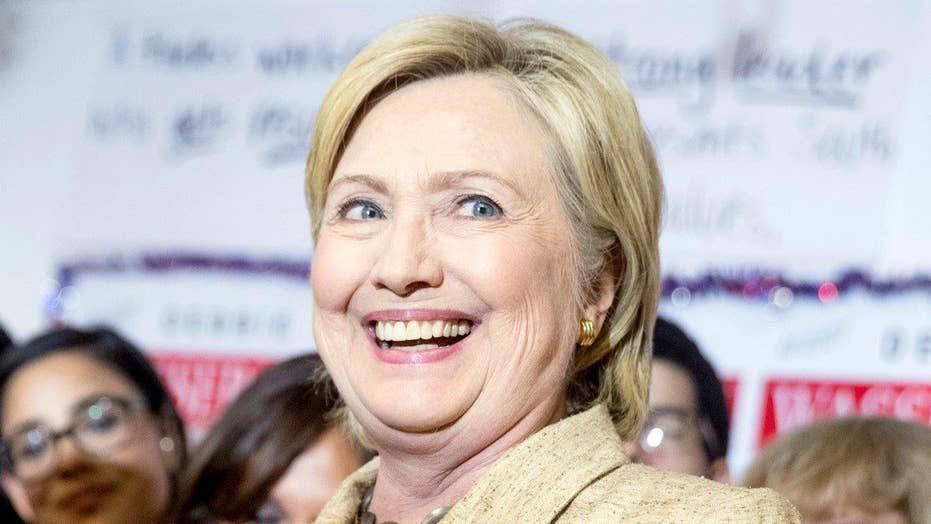 Was the Clinton Foundation involved with State Department?

A 2010 program headed by then-Secretary of State Hillary Clinton to help Moscow develop a “Russian Silicon Valley” may instead have drawn some of America’s biggest tech companies into “industrial espionage” – even advancing the country’s military and spying operations, according to a new report by Clinton critic Peter Schweizer’s Government Accountability Institute.

“There are serious national security questions that have been raised,” the report said.

The program was pitched as a partnership involving U.S. and Russian government entities and companies. Major U.S. corporations like Boeing, Google, General Electric, Cisco and Microsoft – also generous donors to the Clinton’s family foundation – were solicited by Clinton to invest more than a billion dollars in the Skolkovo tech park outside Moscow, formally called the Skolkovo Innovation Center. The goal, Clinton said in speeches and to Russian media, was to “break down barriers with Russia,” create “more free flow of people and information” between the two countries, and ultimately strengthen Russia.

“We want to help because we think that it’s in everyone’s interest do so,” Clinton said in a 2010 speech at a U.S.-Russia summit, as she discussed building a technology center “right outside Moscow.”

However, the project may have inadvertently launched some of these companies into risky terrain. The FBI issued an “extraordinary warning” in 2014 to companies doing business with the Skolkovo Foundation that “Skolkovo could draw them unwittingly into industrial espionage,” noting Skolkovo was a crucial part of Dmitry Medvedev’s plan to modernize Russia’s military.

The FBI also said Skolkovo “may be a means for the Russian government to access our nation’s sensitive or classified research, development facilities and dual-use technologies with military and commercial applications.”

“Leveraging Clinton Foundation donors, Clinton assisted in speeding up the Russians’ weaponized technology sector, and in so doing, demonstrated she lacks the judgment necessary to determine friend from foe on the international stage,” he said in a statement.

The Clinton campaign is pushing back on the latest report from Schweizer’s group. Schweizer also authored the anti-Clinton book “Clinton Cash” and is a longtime adversary of the family.

“This report is just the latest false attack by Republican operative and friend of the Koch brothers, Peter Schweizer, who was widely discredited for making baseless accusations in his debunked Clinton Cash book, that even he admitted was not backed up by any evidence,” campaign spokesman Josh Schwerin said in a statement.

The campaign also rejected the group’s claim that the FBI and Army found the project substantially enhanced Russia’s military tech capabilities, citing a 2014 article in which the FBI acknowledged it did not have hard evidence of such activity.

The partnership itself stemmed from President Obama and the Clinton State Department’s efforts to “reset” relations with Russia early in the Obama administration. This included a plan to “identify areas of cooperation and pursuing joint projects and actions that strengthen strategic stability, international security, economic well-being, and the development of ties between the Russian and American people.”

The State Department paid for a delegation of 22 private tech entrepreneurs to go to Russia in May 2010, which led to an exclusive arrangement with Russia allowing entrance into what would become an industry tech park accommodating some 30,000 people.

“The State Department actively and aggressively encouraged American firms to participate in Skolkovo,” the Government Accountability Institute report said. “Indeed, many of the Memorandums of Understanding signed by U.S. companies to invest and cooperate in Skolkovo were signed under the auspices of Hillary Clinton’s State Department.”

Many of the key figures in the Skolkovo tech park development had major financial ties to the Clintons, the report said, noting 17 of 28 companies, both Russian and American, made financial commitments to the Clinton Foundation or sponsored speeches by Bill Clinton.

“During the Russian reset, these figures and entities provided the Clintons with tens of millions of dollars, including contributions to the Clinton Foundation, paid for speeches by Bill Clinton, or investments in small start-up companies with deep Clinton ties,” the report said.

Margaret E. Kosal, an associate professor at Georgia Tech’s Sam Nunn School of International Affairs, said while the project might have seemed a good opportunity to work in an emerging market, there are challenges working in Russia including dealing with cronyism and government bureaucracy.

But from a national security perspective, Kosal said the biggest concern is the ability of the Russian military to obtain, misuse, or develop nanotechnology for an application that catches the U.S. by surprise.

Relations with Russia have since become a focal point in the 2016 presidential election, with Clinton criticizing Republican opponent Donald Trump for both his campaign manager’s reported business ties to Russia and supposed lack of knowledge about international affairs. But Bechdel said history shows it is Clinton’s connections and relations that should be scrutinized.

"Clinton may talk a big game against Russia now, but when it mattered most and she had the opportunity to hold Russia accountable as Secretary of State, Clinton’s priority was aiding Russian efforts to accelerate their technology sector, not keeping America safe,” Bechdel said.

The Clinton Foundation did not respond to a media inquiry from FoxNews.com.

A spokeswoman for Skolkovo told the Irish-based Independent news that all allegations of Kremlin spying were false, claiming it is "an international project and all our operations are fully transparent for our Russian and international partners".