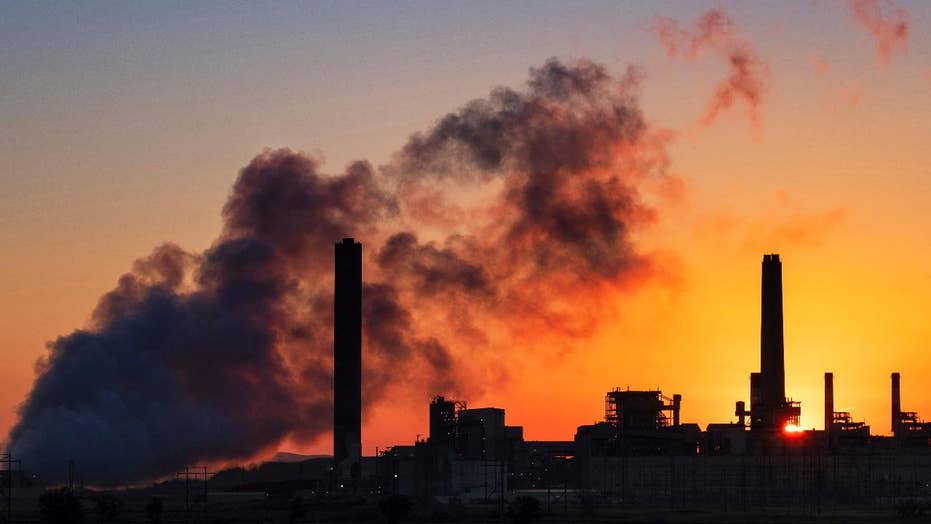 Trump administration notifies the United Nations that it has started the process of withdrawing from Paris climate accord; Rich Edson reports from the State Department.

"We are also prepared to hold legislators accountable if they fail to support bold action," the letter, signed by groups such as CODEPINK, said. "With millions of lives at stake, we need leaders in Congress with the courage to move beyond the decades-old political status quo that protects corporate interests over the health and well-being of our communities."

The groups' letter came amid an internal debate in which Democrats wrestled with how ambitious their climate proposals should be. Activists' fears likely intensified earlier in November when President Trump filed paperwork to withdraw from the Paris Climate Agreement, a multilateral pact aimed at reducing temperature increases during the century.

The Green New Deal, proposed by Rep. Alexandria Ocasio-Cortez, D-N.Y., has become a rallying cry for more progressive elements of the party and a symbol of the desire to overcome congressional stagnation on the issue.

In January, the House of Representatives created the House Select Committee on the Climate Crisis, which Castor chairs, but activists were apparently dissatisfied with the progress made since its launch. Pelosi, who created the panel, faced another round of sit-ins at her D.C. office this week, which ended with several arrests.

According to The Washington Post, the group Extinction Rebellion held a hunger strike in an attempt to force the speaker into a video-recorded meeting. When they realized she was planning to leave D.C., the protesters attempted to storm past her office's entrance and into a broader room where her chief of staff sat.

The protests served as yet another indication of tension between the progressive base and Democratic leadership. Pelosi only created the climate committee after an earlier climate sit-in that took place in her office in 2018. Ocasio-Cortez joined that protest and has since been a leader in challenging establishment Democrats, like former Vice President Joe Biden, to pursue more ambitious proposals.

"By framing its request for input myopically, the Select Committee has created a self-fulfilling prophecy whereby the solutions it is likely to recommend only partially address the climate crisis," the letter said.

Protesters also occupied Indiana Mayor Pete Buttigieg's office on Friday, similarly demanding bolder action than what the 2020 hopeful outlined in his climate plan from September. That event was planned by the Sunrise Movement, a group that has cooperated with Ocasio-Cortez in pushing her Green New Deal.

Meanwhile in D.C, actress Jane Fonda led yet another climate demonstration in which police arrested protesters after they blocked traffic in front of the Supreme Court. Fonda, a vocal activist, has been arrested at least four times this year.

It's unclear how Pelosi intended to react, as her caucus has also been pushing a high-profile impeachment inquiry that included public hearings this week. She previously downplayed the potential of passing the Green New Deal, noting that she couldn't "say we're going to take that and pass it."

More than 150 House Democrats have signed on to legislation introduced Thursday that would seek net-zero carbon emissions by 2050. A similar bill emerged in July utilizing a carbon tax.

Although leading presidential candidates have endorsed the Green New Deal, the candidates and congressional Democrats could scale back their climate advocacy in an attempt to shore up moderates before 2020. While existing plans likely inspired hope among activists, that attempt at moderation might inflame the progressive base.

"We must take a holistic approach to healthy communities that addresses the disproportionate burden of pollution and environmental degradation, as well as other threats, such as mass incarceration and militarization," the letter said. "We need policies rooted in justice that protect the right to housing and healthcare. And to foster a healthy democracy, we must reverse the erosion of voting rights, including ending partisan gerrymandering."