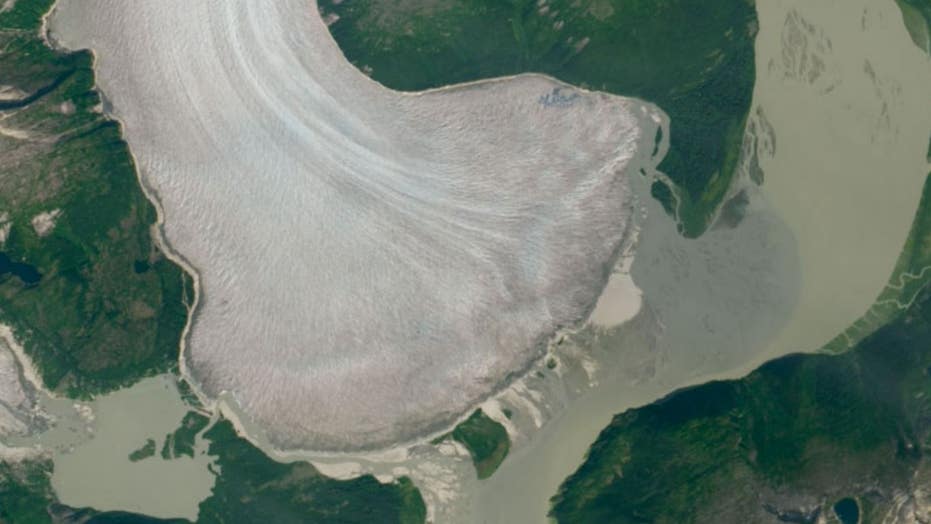 The massive glacier, which measures 4,860 feet from surface to floor, was gaining mass for almost 50 years, but now appears to be shrinking.

A pair of satellite photos taken in August 2014 and August 2018 show the icy platforms where the glacier meets the Taku river retreating for the first time since 1946.

OVER 11,000 SCIENTISTS WARN OF CLIMATE EMERGENCY

According to glaciologist Mauri Pelto, who has studied the Juneau Icefield for three decades, Taku was predicted to continue advancing for the rest of the century.

Not only have these signs of retreat arrived about 80 years ahead of schedule, Pelto told Live Science, but they also snuff a symbolic flicker of hope in the race to understand climate change.

"This is a big deal for me because I had this one glacier I could hold on to," Pelto, a professor at Nichols College in Massachusetts, told NASA. "But not anymore. This makes the score climate change: 250 and alpine glaciers: 0."

Of 250 mountain (or "alpine") glaciers that Pelto has studied globally, Taku was the only one that hadn't clearly started to retreat.

Scientists say that Taku Glacier was gaining mass between 1946 and 1988, growing by about a foot per year. That advancement stopped before the glacier began its retreat last year.

ANCIENT UPRIGHT APE THAT HAD HUMAN LEGS DISCOVERED BY SCIENTISTS

"To be able to have the transition take place so fast indicates that climate is overriding the natural cycle of advance and retreat that the glacier would normally be going through," Pelto said.