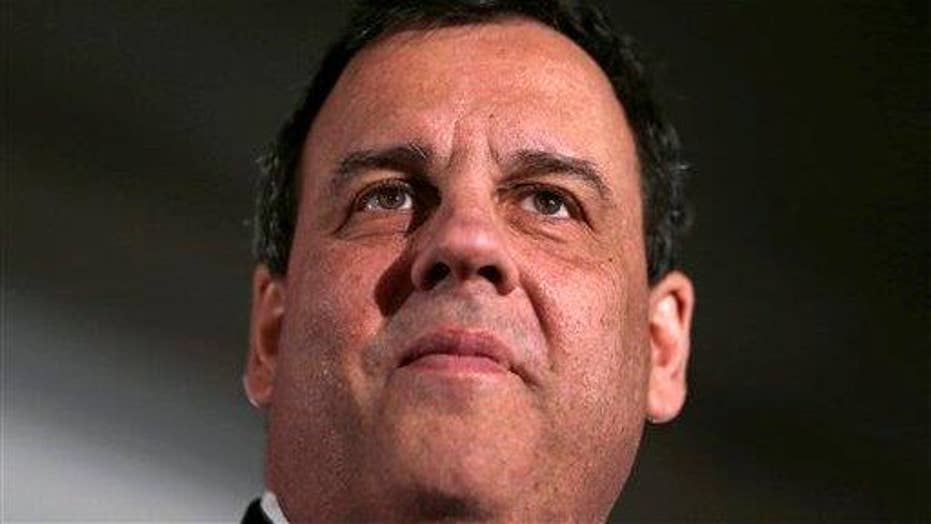 Sources say Christie met with staff in person Wednesday in Morristown, N.J., and also held a conference call to announce his decision to his campaign team.

The announcement was widely expected, after the two-term governor returned home after his loss Tuesday night to weigh his options.

Christie had finished sixth in the primary contest, while Fiorina finished seventh.

In a statement on Facebook, Christie said, "I ran for president to say that the government needs to once again work for the people, not the people work for the government. And while running for president I tried to reinforce what I have always believed - that speaking your mind matters, that experience matters, that competence matters and that it will always matter in leading our nation…. And so today, I leave the race without an ounce of regret."

The decision to drop out immediately kicks off the race in the rest of the still-crowded GOP field to scoop up their support. And it marks the end of the 2016 road for two candidates who showed political promise earlier in the race – only to watch their support fade as the elections themselves neared.

Christie was banking on a solid performance in the New Hampshire contest, seen as more friendly territory for the Northeast governor who did poorly in Iowa. But even as he touted his executive experience, the other current and former governors in the race outflanked him Tuesday night.

While the tough-talking Christie received widespread attention for his aggressive criticism of Florida Sen. Marco Rubio at Saturday’s debate, that spat seemed to hurt Rubio more than it helped Christie. Rubio finished fifth, but Christie ended up well behind the freshman senator, pulling just 7 percent in the state.

His exit from the race completes a drastic turnaround in the governor’s political fortunes. In 2012, he delivered the keynote address at the Republican National Convention, after having gained national political fame for taking on the state’s public employee unions and his no-nonsense approach to governing. His periodic confrontations with hecklers captured on film also made him somewhat a YouTube star.

But he was politically damaged by the scandal in his administration over subordinates blocking traffic on the George Washington Bridge, in a seeming act of political retribution against a local mayor. Christie has denied knowledge of the decision, but has struggled ever since to get out from under the cloud of controversy.

His persona as the “telling it like it is” candidate also seemed to take a backseat last year to Donald Trump, who if anything was more brash, more unscripted, more confrontational than Christie. In the crowded field, he struggled to break through.

For a time in late 2015, Christie looked like he could be in contention for second place in New Hampshire. He was devoting time and resources to the state, and gaining attention for his impassioned and personal remarks on drug addiction – in a state where heroin addiction and treatment is a major election issue.

Meanwhile, Fiorina, who was the only female GOP candidate in the 2016 running, called it quits Wednesday after failing to crack the top five in the New Hampshire primary Tuesday night.

“While I suspend my candidacy today, I will continue to travel this country and fight for those Americans who refuse to settle for the way things are and a status quo that no longer works for them,” Fiorina said in a written statement.

She added, “I will continue to serve in order to restore citizen government to this great nation so that together we may fulfill our potential.”

Fiorina entered the tumultuous Republican primary in April. She promoted herself as an outsider with business experience and argued that as the lone woman in the GOP field she was best positioned to oppose likely Democratic nominee Hillary Clinton. After a standout performance in the first undercard debate, Fiorina rose to the mainstage and soared in the polls in the fall. But her momentum quickly stalled and by the end of the year she had dropped back down.

Fiorina's first major foray in to politics was in 2010, when she ran for Senate in California and lost to incumbent Sen. Barbara Boxer by 10 points.

Throughout her presidential bid, Fiorina emphasized her meteoric rise in the business world. A Stanford University graduate, she started her career as a secretary, earned an MBA and worked her way up at AT&T to become a senior executive at the telecom giant.

But she was also dogged by questions about her record at Hewlett-Packard, where she was hired as CEO in 1999. She was fired six years later, after leading a major merger with Compaq and laying off 30,000 workers. 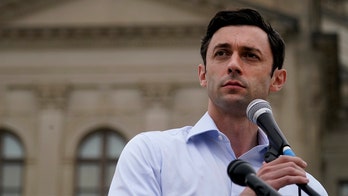