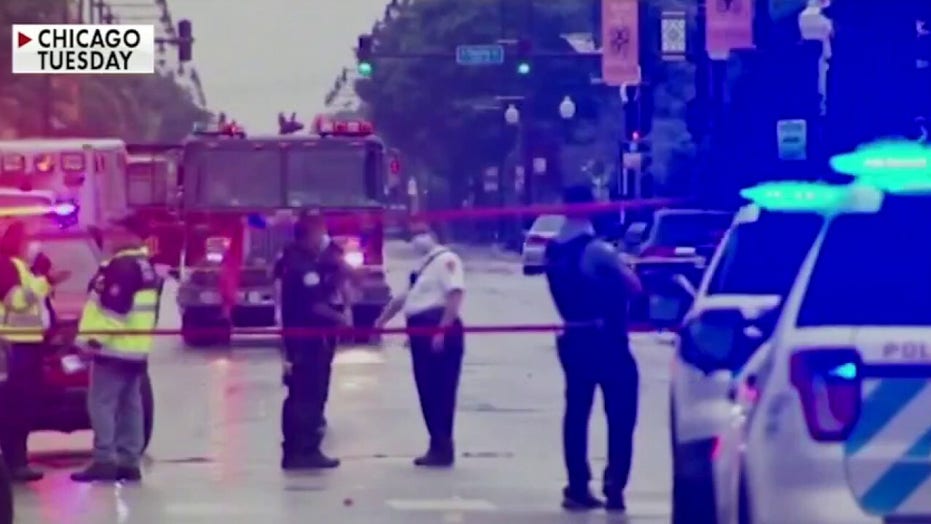 Chicago native Diante Johnson, president of the Black Conservative Federation and advisory board member for Black Voices for Trump, reacts.

Hundreds of protesters demonstrated outside the home of Chicago Mayor Lori Lightfoot on Thursday evening to demand defunding of the city's police department, according to reports.

The “Logan Square Lockdown,” as it was called, remained peaceful and even jubilant at times with protesters dancing in the street and celebrating at the news that Lightfoot planned to order a statue of Christopher Columbus removed from Grant Park, FOX 32 in Chicago reported. There were no immediate reports of arrests.

On Wednesday, Lightfoot spoke with President Trump about his plans to send 200 federal officers to the city to work with the Chicago Police Department amid a surge in gun violence -- including a drive-by shooting outside a funeral home Tuesday that left at least 15 people wounded, the Chicago Sun-Times reported.

The president “reached out to Mayor Lightfoot this evening to confirm that he plans to send federal resources to Chicago to supplement ongoing federal investigations pertaining to violent crime. The conversation was brief and straightforward,” the mayor’s office said a statement, according to the Sun-Times. “Mayor Lightfoot maintains that all resources will be investigatory in nature and be coordinated through the U.S. Attorney’s office."

“The Mayor has made clear that if there is any deviation from what has been announced, we will pursue all available legal options to protect Chicagoans.”

Protesters were also decrying the alleged punching of activist Miracle Boyd, 18, by a police officer during a violent clash at Grant Park last Friday in which rioters attempted to pull down the Columbus statue, according to FOX 32.

Protesters gathered in Grant Park again Thursday night and by the early morning hours Friday crews had shown up with a crane to begin removing the statue.